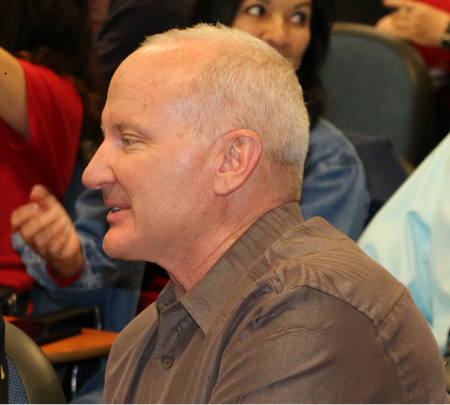 Lakin is a former U.S. Army Lieutenant Colonel and flight surgeon who was imprisoned and discharged dishonorably in 2011 for having questioned Barack Hussein Obama’s eligibility to serve as commander-in-chief.

At the time of his December 2010 court-martial and the handing-down of his six-month prison sentence, Lakin had served in the Army for 17 years.  He would have been eligible for a pension after 20 years.

Although only one signature showed on the petition for three days after it was launched and the number thereafter increased very slowly, the pace at which signatures have appeared within the last few days has accelerated.

While Lakin was in Ft. Leavenworth between December 2010 and May 2011, a fund was established for the support of his family, as part of his punishment was the sacrifice of all pay and benefits.

In his autobiography, “Officer’s Oath,” Lakin explained why he was willing to forfeit his Army career for the opportunity to discover whether or not Obama is a “natural born Citizen,” as is required by Article II of the U.S. Constitution for the president and commander-in-chief.

Obama claims a birth in Honolulu, HI on August 4, 1961, but news reports issued by NPR, MSNBC and the Honolulu Advertiser preceding his 2008 election reported that he was born in Kenya or Indonesia.  Compounding the eligibility question is that Obama’s father was never a U.S. citizen.

On January 27, The Post & Email interviewed Marco Ciavolino, Trustee of the Terry Lakin Action Fund (TLAF), who discovered “revoked” security certificates at whitehouse.gov and later, that all of the congressional “liaison” telephone lines were down.

Ciavolino told us that he believed that signatures placed on the petition had been registered but not reflected in the public tally with the expectation that the signatures would eventually appear.

Unbeknownst to those who have followed Lakin’s story, in December Ciavolino wrote to a member of then-President-Elect Donald Trump’s legal team to present the case for why he believed Lakin should receive a presidential pardon once Trump was inaugurated.

Given recent developments and renewed interest in Lakin’s case, Ciavolino has asked for donations to update two websites launched on Lakin’s behalf.

Shortly after Lakin went to prison, Trump himself became the face of the “birther” movement when he began publicly asking Obama to release his “long-form” birth certificate which would presumably reveal the name of his delivery doctor, signatures and occupations of his parents, and other details not present on the “short-form” image released in 2008.

In apparent response in April 2011, the White House posted what it said was a scan of a certified copy of Obama’s original birth certificate obtained from the Hawaii Department of Health.  Almost immediately, however, the image was declared a poor forgery by experts.

While the mainstream media labeled Lakin a “birther” after he refused to deploy to Afghanistan for the second time as a result of questions about Obama’s eligibility, it essentially buried the findings of fraud and forgery presented in three press conferences over nearly five years.

The final revelations detailed by lead investigator Mike Zullo in December 2016 that two forensics analysts agreed with the team’s initial findings were mischaracterized by the media or not reported at all.

Zullo and Arpaio pledged to provide all of the evidence the investigation had amassed to federal authorities and Congress before Arpaio left office on December 31.

It’s quite disappointing to see that we ‘re only at 941 signatures.  Obviously at the beginning there were technical issues; what the issues were, I don’t know.  It appears now that we are collecting signatures at a more rapid rate, although not at a rate which we would like to see.

However,  Marco Ciavolino has indicated that he is supportive of the petition, as is Terry, and for the time being, he is encouraging everyone who supports Terry to go to whitehouse.gov and sign it.

I would encourage all of The Post & Email’s readers to sign it, tell their friends, and circulate the link to as many friends and family as possible.  In the meantime, I am reasonably optimistic that at the end of the day, we will get a solution that is satisfactory to Terry and that justice will be served.

On January 29, Zullo informed The Post & Email that he signed the petition with the following explanation:

I wholly support any effort to have Lt..Col. Lakin pardoned for his unwavering commitment to the Constitution of the United States and his courage to remain steadfast in his commitment to defended and to uphold the oath that he swore.  I also believe that the questions to the origins of Mr. Obama’s birth certificate, his questionable birth narrative and perhaps his eligibility to hold office have not been satisfied.  The very fact remains that when Col. Lakin was going through his court-martial, questions of the veracity of Obama’s birth documents still were not answered. In fact, no verified, authentic, hard-copy Long-Form Birth Certificate had been produced. Subsequently, by the prodding of now-President Donald Trump, Obama was forced to produce a long-form document in 2011 which has been found to be a fraudulently-created document, by forensic examination. Nothing more than an illusion.

If past presidents could issue pardons for egregious offenses, especially Obama, for treasonous offenses, traitors, and deserters of our military, Terry Lakin should be pardoned immediately for doing what was right:  challenging the legal authority to be deployed by a commander-in-chief who failed to produce adequate identifying documents confirming his right to hold that office.

As of press time, the petition shows 941 signatures, having increased by 18 between the start and finish of this article.  Petitions at whitehouse.gov require 100,000 signatures within a 30-day period to generate a response from the White House.

The petition can be found here:  https://petitions.whitehouse.gov/petition/reinstate-lt-col-terry-lakin-us-army-full-rank-pay-benefits-and-pension-immediately