“IT WAS CROOKED HILLARY” 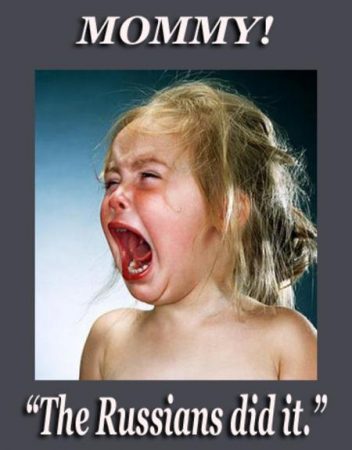 (Dec. 12, 2016) — It has been just over a month since Donald J. Trump pulled off a win in what was to some the most unlikely win and to many others the most important victory this country has ever seen.

More important than even the election of Abraham Lincoln in 1860, just prior to the start of the Civil War in April of 1861. This is not to deny that Lincoln saved the Republic from obliteration with his appearance on the American scene.  But there were in fact others who would have stepped forward and done the job as well, or not so well.  We will never know the answer to that.

At present, our people have never been more divided.  This, thanks to Obama’s eight years of intentional shredding of America’s natural and fundamental sense of unity and successfully dragging our people into an abyss of hatred, envy, racism and classism.  Unlike in Honest Abe’s era, there stands no man, no woman, no group and no entity with the resources, the stamina, the desire and the ability to grab this Nation by the collar and pull it up from the swamp.    No one, except Donald J. Trump.

That, my friends, is why those opposed to a free, prosperous and economically sound Republic are now in such a panic.  They understand all too well that a President Trump will, in just a few short years, halt and reverse over 30 years of liberalism, globalism, propaganda-laced education and government dependency.  Their panic has set in now that they are beginning to understand that as effective as their strides have been, the people living outside their insulated utopia have finally had enough.

Remember, most socialists may not have God in their hearts but they do surely have religion. Their religion is ideology.  So when they awoke November 9th they understood what was happening and unlike the Republican establishment elites, they are not about to cower in the shadows and pray for tiny scraps of power.  They lost this battle but for them the war has just begun.

There needs to be no organized battle plan for them nor instructions on what they need to do next.  To them, it’s as instinctive as vultures devouring the entrails of a carcass or maggots settling in to feast on carrion.  They don’t step back, lick their wounds and allow the stench of their failed battle to dissipate.  Their god forbids that. Their religion demands no rest, no acquiescence, regardless of the comprehensive and thorough defeat they just suffered.

Since that historic election, as can be expected, the left has been busy.  The efforts listed below are merely the first salvos of many more to come.  Keep in mind that the objective resembles in no way, what on the surface you might think.  An explanation will follow but here is the list:

1. Poll watchers from the Republican Party intimidated voters in the minority communities thereby creating a low turnout for Hillary.
2. Hillary Clinton won the popular vote by millions and the Electoral College system was created to keep the masses from being represented.
3. Many of the electronic voting systems being used were older than 10 years and were not sophisticated enough to prevent errors, hacking and cheating.
4. Liberal judges permitted vote recounts in several swing states that Hillary lost even though there was never even a small chance that any state’s returns would be overturned.
5. Russians hacked into the DNC system and thereby interfered with the outcome of our Presidential Election.

Before we take on the last item in this list, even if you think these efforts were never going to get the election results changed and put Crooked Hillary into the White House and while the leftists and the #nevertrumpers may have dreamed of a miracle, don’t believe for a second that they thought those nasty efforts would come to fruition. They did not.

The left knows that Trump is a ferocious, relentless, tireless man and he intends to implement as many of his promises as possible.  How, they ask themselves, can we stop him?   If it is not any of the singular matters above, then what was the purpose?  Simple.  With the assistance of the media, it is what is called the totality effect.  By infecting the climate in which President Trump must work, by instilling doubt as to the validity of his election victory and collapsing the notion of a mandate before he even takes office, their hope and desire is that his agenda will be defeated before it is presented. The Totality Effect.

So let’s discuss the nature of Russian hacking into the DNC, which according to all the crybaby snowflakes, interfered with the election in favor of Trump.  Keep in mind that it was the swamp creatures in the upper management of the CIA who are claiming that the Russians did it.  Creatures by the way, who are scheduled to be dragged from the muck and eliminated.  And if you missed it, mostly because the main stream media failed to report it, the FBI claims they have found no such evidence.

The game plan in this is to make the American public think that Russia caused Hillary to lose, you know, by interfering.  They claim Putin preferred Trump over Hillary.  Which he probably does because he kinda thinks a nuclear confrontation with the warmongering Hillary might destabilize the human environment.  Crazy thinking, but whatever!

But the bottom line is this.  If it was the Russians who hacked into the DNC they did not:

1. Create a server for Hillary that she used to hide illegal activity as she sold her Secretary of State office to the highest bidder.

2. Force Hillary to send and receive classified documents via her unprotected server.

4. Make Hillary create lists of people who gave huge amounts of money so they could be rewarded with multi-million dollar contracts down in Haiti.

5. Order Hillary to lie under oath when testifying before Congress.

6. Tell Hillary to ignore hundreds of requests for more security for the Diplomatic mission in Benghazi and to leave them on a rooftop to be slaughtered.

8. Tell her to defend a child rapist and laugh about getting him off even though she knew he was guilty.

10.Inform Hillary that she had to use and not report that the debate questions were slipped to her by the DNC Chair Person.

11.Tell her she must lie to not just the American people but to the parents of the heroes who died in Benghazi.

12.Write Hillary’s speeches and demand she call half of America deplorable.

13.Hire thugs to invade Trump rallies and incite riots and order her to blame that violence on Trump supporters.

14.Tell Hillary to give access to all her confidential government data to the wife of an internet pervert.

No, it was not the Russians who did all this, it was Crooked Hillary.  Of course if Hillary were a Republican, the Russians could have taken a hacking hiatus because the New York Times would have done all the election interfering needed.