“TREATABLE, BUT NOT WITH A PILL”

(Dec. 12, 2016) — “Good evening, ladies and gentlemen. Tonight’s format has been changed a little; rather than standing out in the elements on the sidewalk across from the railroad station freezing our behinds off, we’re cozy inside the auditorium at the university about to listen in on the goings-ons (is that how it’s said? It’s not? We’re on live? No editing? Oh, well.).

“Hello, I’m Mr. Roving Reporter and we’ve been invited to what’s is called, ‘The Telling Symptoms of PTSD.’ Oh, you mean these folks are serious: this isn’t a joke? Oh, and we’ve already broadcast it’s a ‘Nut Conference’? Well, let’s just say we’re sorry if we’ve offended anyone out there in television land, okay? And if we’ve upset anyone of you, all I can say is to ‘get over it.’

“You want to know how I feel about disrespecting my flag, our flag? I don’t watch football anymore. I don’t listen to and do not accept ‘suggestions’ on what products to buy through the commercials during a football game. It’s true. No more NFL. If the NFL couldn’t fire Kaepernick and put an end to disrespecting the flag in a heartbeat, then the heck with them. I’m serious, and the whole crew is, too.

“Meanwhile, back to what we’re here for: covering this event. And look, there’s Zork about to speak.”

“Good evening, invited guests, to ‘The Telling Symptoms of PTSD. I see ‘The Pulse of the Nation’ crew has joined us, and we welcome their viewing audience. My name is Professor Zorkophsky, and I’ll be your guide through the labyrinth of some of the symptoms some people suffer due to a life-changing event.

“We know that while every person is different and every traumatic event is also, there’s some common ground nonetheless. The most obvious symptom of a PTSD sufferer is one of isolation. In the ‘Nut Industry’ we refer to them as ‘loners.’ That is the person sitting at the end of the bar, for instance.

“These people tend to abuse their bodies as well as their minds. An example of abusing the body would be drinking alcohol to excess or taking drugs such as nicotine, marijuana, cocaine and all the rest of them and abusing prescriptions. 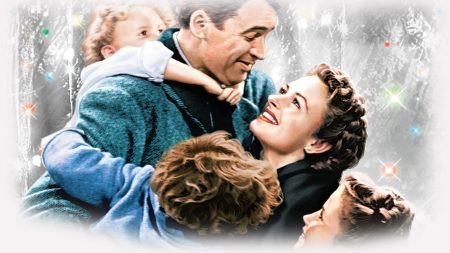 “Abuse of the mind would be to watch ‘soaps’ or tear-jerking Christmas ‘made-for-television’ movies to excess, which would be more than a handful of times. I must admit I’m somewhat guilty of some of that myself since I watch Jimmy Stewart tell Donna Reed that he doesn’t want any ‘ground floors’ in ‘It’s A Wonderful Life’ every year, and every year I promise myself that I won’t lose it as I have for the last decade.

“Another symptom by the distressed is the total disconnect from the ability to express emotions. There’s no statistics on how many marriages have been destroyed by the simple fact that one of them couldn’t tell the other how much they meant to them. Sad indeed. And the children suffer. Heck, let’s face it: the whole country suffers.

“People with PTSD tend to associate with like-minded sufferers. Rape victims meet with other victims of rape, just as people who come back from war tend to hang out with others who shared the same type of experiences. And I just cannot express to you how important that is for the mental health of these people. And it’s not a question of need as it is a question of must. And here is where I add that a pill from the Veterans Administration is the LAST refuge of the embittered.

“And here’s what I mean: you can’t fix broken with a magic pill, and these pills that the VA pushes on the innocent suffers of PTSD are the last thing they need. Matter of fact, all they do is make a bad situation worse, as if 22+ suicides a day aren’t enough of a wake-up call.

“In conclusion, I want to thank you for attending this first lecture and I hope the attendance at the following lectures will be likewise as popular. PTSD is a serious mental disorder that is treatable, but not with a pill. I think the suffers of this mental disorder have a bright future as long as the VA stops being nothing but a pill-pushing dealer and start acting like they really care about their patients. I propose, first, that every employee of the Veterans’ Administration be a Veteran himself or herself. Secondly, I propose that any Veteran taking pills administered by the VA (for PTSD) strive for a second opinion.

“Thank you and goodnight.”

“And our time is, unfortunately, up. This is your Roving Reporter, on behalf of the crew, wishing you all a goodnight: Goodnight.