“THIS IS ABOUT FRAUD” 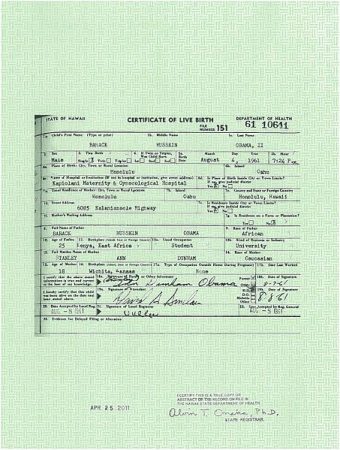 (Dec. 8, 2016) — On November 30, Pennsylvania citizen, Tea Party and “eligibility” activist Jeff Harrison was interviewed on WCED in DuBois, PA about questions which have arisen as to whether or not Barack Hussein Obama is constitutionally-qualified to hold the office of president.

Harrison has been a frequent guest on the show and has traveled to Washington, DC as well as his local congressman’s district office to bring awareness to the 2012 findings of a criminal investigation that the long-form “birth certificate” posted at whitehouse.gov bearing Obama’s name is a “computer-generated forgery.”

For the last three years, Harrison has worked with Mike Volin, creator of WheresObamasBirthCertificate.com (WOBC), which organized multiple trips to Washington to distribute “Sheriff’s Kits” containing evidence released by Zullo at the Constitutional Sheriffs and Peace Officers Association (CSPOA) in May 2013.

At the opening of the show, Harrison told the interviewer that the matter has mushroomed into something “beyond comprehension” due to its significance to the nation.

“We may very well have a usurper in the White House,” he said, as he has on numerous other occasions based on the declared conclusions of the Maricopa County, AZ Cold Case Posse more than four years ago.

The interviewer asked how Harrison came to be “a volunteer” following the commissioning of the posse’s investigation by Maricopa County Sheriff Joseph Arpaio, to which Harrison responded by recounting the history which led 242 members of the Surprise, AZ Tea Party to ask Arpaio to investigate the image in order to protect the integrity of their votes in the upcoming 2012 presidential election.

The Cold Case Posse has a Facebook page, but its previous website is not functional at this time.  It is one of dozens of ancillary task forces which assist the sheriff’s department on a volunteer basis.

Harrison told his audience that, as announced at PPSimmons News & Ministry several weeks ago, Arpaio and posse lead investigator Michael Zullo will be holding a third and final press conference on December 15 to divulge further discoveries gleaned from the investigation.   The time is 4:00 p.m. local time, although the interviewer said “6:00 p.m.” in a likely reference to the eastern time zone.

Harrison recapped that Zullo had been scheduled to appear on the “Hannity” Show following the first presser given on March 1, 2012 but that the booking was canceled at the last minute.

The mainstream media has shown no curiosity as to why a forgery would have been presented to the public on the White House website and therefore has not investigated the matter.  Rather, reporters and anchors have at times assailed Arpaio for ordering the investigation in the first place.

Arpaio is a six-term sheriff of the county but was not re-elected on November 8.  He leaves office on January 1, when Paul Penzone takes his oath of office.

Based on the posse’s conclusions that Obama’s long-form birth certificate and Selective Service registration form are forgeries, Harrison told the interviewer, “This is about fraud.”

“This is the biggest fraud in history,” he elaborated.

The interviewer suggested that further action could be taken once Obama leaves office.  Toward the end of the segment, she asked what people can do if they are interested in learning more about the posse’s work and publicizing the upcoming press conference, to which Harrison provided several websites, including this one, and his own contact information.

As to Congress’s inaction on the reported forgeries, Harrison maintained that “it’s about right and wrong, and nobody is above the law.”