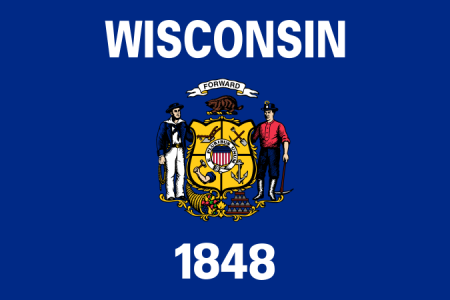 (Dec. 8, 2016) —  On Thursday, a Detroit television station reported that as a result of a recount effort in Wisconsin conducted over the last week, Democrat presidential candidate Hillary Clinton gained “just 61 votes on Republican Donald Trump.”

WTAE said that 42 of 72 Wisconsin counties have completed the recount financed by Green Party presidential candidate Jill Stein, who challenged the integrity of the November 8 election returns in Wisconsin, Pennsylvania and Michigan.

The story, which lacks a byline but credits a photo of Stein to the Associated Press, additionally said that the recount Stein demanded in Michigan “was halted prematurely on Wednesday.”

U.S. District Court Judge Mark Goldsmith on Sunday had ordered a statewide recount in Michigan to begin at noon the following day.  However, after three days of recounting, Goldsmith issued a ruling contradicting his earlier order given that a Michigan appellate court opined that the state’s election law does not consider Stein to have standing request a recount given her fourth-place finishing position.

Stein earned approximately 1% of the presidential vote in Wisconsin.

A report at Channel 19’s website, also lacking a byline but dated December 7, contains similar wording to that published by WTAE but states that Clinton “gained just 82 votes on President-elect Donald Trump,” citing the Wisconsin Elections Commission as its source.

At approximately 6:10 p.m. EST on Thursday, Fox News reported on its news ticker that Donald Trump had gained votes in Wisconsin’s recount, not Clinton, though it did not cite the number.

The second story listed is one from ABC News titled, “Wisconsin Recount Starts Today” which is a week old since the recount began last Thursday, December 1.

The two aforementioned articles then appear, followed by an article from Channel 58 WDJT in Milwaukee published Wednesday with almost identical wording to Channel 19’s story.  However, that story bears the byline “By Justin Thompson-Gee.”

The remainder of the search results on the first and second pages contains only dated news pertaining to the Wisconsin recount.

On Thursday night, the Milwaukee Journal-Sentinel published a more in-depth story on the same topic with original wording.

Likewise, NBC News 26 provided a link to the updated spreadsheets produced each night by the Wisconsin Elections Commission on the recount. Minor changes due to human error have been reported.

Wisconsin requires photo identification, which is free of charge to voters.  When Stein began her recount efforts just after Thanksgiving, she claimed that the results in Wisconsin, Pennsylvania and Michigan were unreliable based on speculation that foreign or domestic hackers could have sabotaged them.

One Response to "Are Mainstream Media Reports Cloned?"