Judgment Begins at the House of God

“THIS IS ONLY THE BEGINNING OF EVILS”

by a Tennessee Pastor 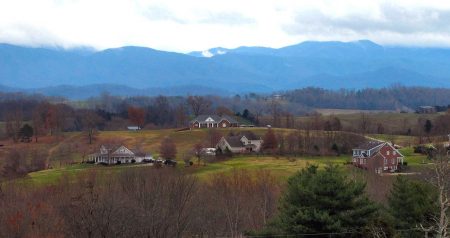 (Dec. 4, 2016) — Tennessee belongs to the God of our Fathers. The Tenn. Centennial hymn was “Oh, Tennessee”, to the tune of the original Beulah Land. (The land of fair and balmy air…) Nashville was once called The New Jerusalem. Now liquor flows freely, prayer and Bible reading in public schools is illegal, hooded women from enemy countries are tolerated, heathen practices are tolerated, the ACLU is consulted instead of the manuals of our Rights, Sunday is just another day, Sodomy is tolerated and legalized, lottery is in every gas station, in spite of the judgment that tore the stars out of the Tennessee flag the day the vote came out of Committee, the Greek temple to Athena is a high place, the Tenn. Declaration of Rights is ignored though it can never be abrogated, our Governors and Attorneys General are lackeys of money from Washington and the Dept. of Safety punishes its most faithful citizens because they hold conviction against use of their social security numbers on driver’s licenses, judges by and large have not the foggiest idea of our defense of life, liberty and property, the schools teach the philosophies of Darwin-Freud & Marx, and Algore’s environmental idiocy and internationalism. This is only the beginning of evils.

My prayer as Senate Chaplain of the Day was that our State would be the first to lead the nation back to liberty and freedom. It is time to “Take Back Tennessee..” Judgment begins at the House of God. He is punishing Tennessee for its transgressions and had it not been for the Ten Commandments work to intercede with Almighty God to spare us, the prophecy of Baptist Evangelist J. Harold Smith, and which I dreamed, of a destroying earthquake from Carthage to Nashville, where thousands were killed, would long ago been fulfilled.

If Tennessee is setting the precedent in God’s Wrath, what will the other States do when He marches through their sinful cities?

Judgment Begins at the House of God added on Sunday, December 4, 2016