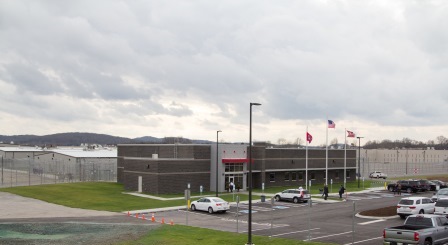 (Dec. 4, 2016) — [Editor’s Note:  The following was received as a comment on Sunday morning in response to The Post & Email’s June 8, 2016 article titled, “Report: Trousdale Turner Has Incurred Nine Inmate Deaths Since Opening.”

The article referred to the Trousdale Turner Correctional Center (TTCC) in Hartsville, TN, about which The Post & Email has received dozens of complaints from both inmates and their relatives since early spring.

The comment has been sent to TDOC Communications Director Neysa Taylor, who in the past has claimed that all of the reports we have received about the facility and other Tennessee prisons are “inaccurate.”

The Post & Email stands by its reporting on the facility, which is run by CoreCivic, formerly known as Corrections Corporation of America (CCA).  The company’s spokesman has declined to provide comment to this publication.]

Things at Trousdale are worse and getting worse daily. Gang fights, stabbings, inmates locked down 24/7. I have a son there who I never get to see, because it’s too far, because of health reasons. So, I count on his phone calls. I spoke with him last on Thanksgiving. Because of gang violence, they have been on lockdown since and it may be another month before they are free to go back to work, etc. This is abuse and dirty tricks. When CCA – Trousdale Turner – TDOC – Gov Haslam says we are lying, it is they who are lying. How much more truth do they need before they close this farce of a prison? Mass murder? A prison riot? These things will happen if things aren’t changed; if this place isn’t changed to human/humane treatment of prisoners. People are dying because of their neglect. They can’t pass the buck on this one. Does anyone care?

14 Responses to "Report: Trousdale Turner Prison on Lockdown Since Thanksgiving"