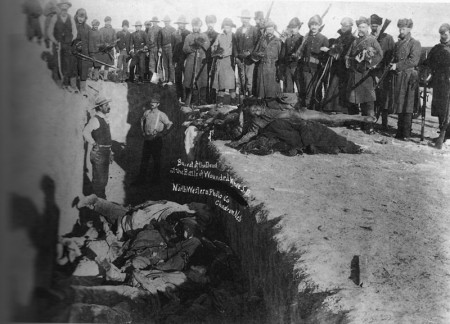 (Oct. 11, 2016) — One lone Muslim punk, identified by relatives and law enforcement officials as Omar Mateen, a 29-year-old from Fort Pierce, FL, mercilessly murders 50 innocents in an Orlando nightclub. He injured 42 others before being killed by police. These self-same police labeled the “incident” a “domestic terrorism incident” and “the deadliest mass shooting in US history.”  This is the same type of false reporting for which the American media are praised and protected by the Socialist left-tilted, wrong-headed Democrats.

This was obviously NOT a “domestic terrorist incident;” it was an extension of the Jihadist-Islamist-Muslim killing rampage that has been going on for just about 1,400 years. In his dictated-to-a-scribe Quran, Muhammad ordered non-believers to be beheaded. This mass murder in Orlando is just an extension of the orders of the madman, Muhammad from Medina.

The media falsely reports it as the deadliest mass shooting in US history. At least one mass shooting occurred on March 27, 1814, during the war of 1812, when forces under the command of General Andrew Jackson slaughtered over 800 men, women and children of the Creek Indian tribe at the Battle of Horseshoe Bend in Alabama. He then ordered that the noses of every Indian be cut off in order to prepare an ‘accurate’ tally. Reports by witnesses noted that some of the victims were still alive and many were infants. Hate brings out the absolute worst in mankind.

By the time it was over, more than 150 men, women, and children of the Lakota had been killed and 51 were wounded (4 men and 47 women and children, some of whom died later); some estimates placed the number of dead at 300.

That having been said, reflection upon this current event gives substance to the point made by presidential candidate Donald J. Trump; This great republic has not only the right but the obligation to forcefully remove EVERY Muslim currently in the United States and, as Japan has so wisely done, bar the entry of Muslims into America. Fourteen centuries of attempted world domination and forced conversion by the sword is more than enough reason.

The TV and print media have failed miserably in the performance of their journalistic duties. They are sycophantic of this faux president to the detriment and absolute safety of America which is beyond any shadow of doubt “God’s Chosen Republic.”