There be Weasels in Washington (RR)

“DOWN IN THE GUTTER” 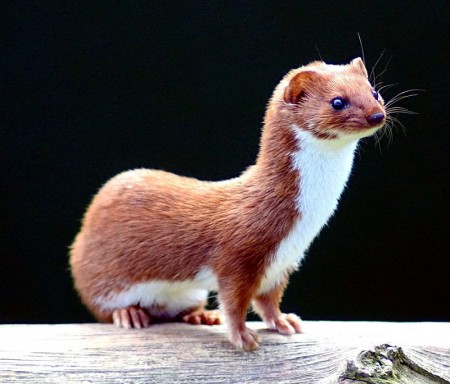 (Sep. 29, 2016) — “Good evening, ladies and gentlemen, and welcome to another edition of ‘Pulse of the Nation.’ Hello, I’m Chief New Leaf, a real honest-to-goodness 1/8th Cherokee Indian who will be your host for this evening’s show. First in line is a Mr. ‘John Doe,’ a retired FBI agent.

“Hello, Mr. ‘Doe,’ and welcome to our show. You were out here first in line as we pulled up. What’s so important to you that you want to tell us to have gotten up so early?”

“How, Chief. I’m a retired FBI agent of 30 years and it saddens me how far down in the gutter the agency has sunk. From what was once a stalwart and admired agency is now nothing more than a strong-arm intimidation goon squad that takes its marching orders from Loretta Lynch — DOJ — who, in turn, takes her orders from Valerie Jarrett.

“The general consensus is that the agency is nothing but a pack of lowly weasels, I’m truly saddened to say. I use the word ‘weasel’ in a pejorative manner, mind you.”

“We hear you. Hillary sure got the ‘Golden Glove’ treatment. Any of us caught doing the same, why, we’d be in jail. If she sold the USA down the river as Secretary of State, what do you think she’d do as president?”

“All we can do is hope that the votes are counted honestly.”

“Well, we’ll just have to wait around and see, won’t we? And there’s my train. See you around. Bye.”

“Thanks for the chat. I must say that we share in his assessment of what was once the top law enforcement agency of our country brought down in the gutter along with Jeh Johnson’s Department of Muslim Relocating Services, formally known as the Department of Homeland Security. And they have the blatant audacity to act surprised whenever a Muslim goes on a killing spree, just as the Joint Chiefs of Staff cried crocodilian tears when Major Hasan killed and wounded dozens at Ft. Hood back in 2009.

“Yes, it’s a joke, alright, and the joke’s on us, on us law-abiding Americans who believe in Fair Play and the Golden Rule, two attributes that will end up getting us killed.

“Look: it’s simple. We can’t have Muslims in our country, let alone our military. But I sound as if I’m a broken record, don’t I? Next I’ll be saying that Islam isn’t a religion but a sorry excuse for old men getting away with having their way with children, isn’t that so?

“Same old, and thousands of the Muslims are arriving every day: nonstop. And you know what? We don’t have a clue how many of the enemy are within our borders, and that’s a crying shame. If you’d think of a Muslim as a Zika-carrying mosquito then it’s a lot easier to comprehend.

“Remember to vote. And for those of you out there who voted more than once for our de facto president: do the same for Trump come November 8th; I mean, as long as you’re going to break the law anyway, might as well profit from it.

“I see that our time is up, so let me say, on behalf of the crew, I’ll be wishing you all a goodnight: Goodnight.

“Ah, another day, another dollar, as they say. Let me ask you this: would we have a safer and more pleasant country if we didn’t have ANY Muslims or not? What do you say we grab a burger? My treat.”

[Note to the readers: The fact that we have Muslims within our military and all the other branches of our government, just goes to show how far gone we are as a nation in being wiped-out by having — sooner than we think — Sharia Law shoved down our throats. Right now, our government is our biggest enemy; bigger than all the other threats combined, for it is the government’s policy to abolish the Constitution through the continued importation of the enemy — the followers of Islam — unabated and unfettered, into our country. Twenty-two-plus terrorist training camps throughout our nation and every mosque an armory. Be armed and be prepared. A vote for Trump is, without a shadow of a doubt, our country’s last gasp at freedom, I kid you not. We are in dire straits; to the death. Piece of cake: just think of every Muslim as a Zika mosquito about to infect your kid, your spouse, your family, community and country, and you’ll do okay. You must vote and get as many others to vote for Trump. Don’t expect the other guy to give rides to the polling place: do your best. As it is, it’ll be one tough fight to save our public even with Trump as president. For some inexplicable reason, about half of our population hates America so much as to see her destroyed and turned over to a 6th-century heathen hoard that worships cruelty to helpless animals and humans alike: psychopaths, each one a serial killer free to spill blood for their god that demands rivers of blood and human heads without bodies. If you want to find out the atrocities these Muslims subscribe to, just read about what they did in the schoolhouse in Beslan, Russia, in 2004, before they murdered the young girls. Better yet, don’t: it’s too damn horrifying. Let’s just say, “They were good Muslims and followed the teachings of the Qur’an to the letter” and let it go at that. Despicable. We are not playing kiddie games: either you protect yourself and your family or else; it’s that simple and that serious. We must deport all illegal immigrants and all Muslims from our shores in order to save ourselves, our families and our country.]

[What happened in the school in Beslan is normal Muslim behavior. To us it’s an unspeakable tragedy, but to billions of Muslims it’s something to celebrate, like the people jumping from the Twin Towers on September 11, 2001, is a cause for one big block party in the Gaza strip, every year. They play videos of the planes flying into the towers and cheer whenever they see somebody jump to his death: they give praise to their god who has an insatiable appetite for human sacrifice. These are not human beings; they are not even animals: they’re no different from a deadly Zika virus.]

There be Weasels in Washington (RR) added on Thursday, September 29, 2016

One Response to "There be Weasels in Washington (RR)"