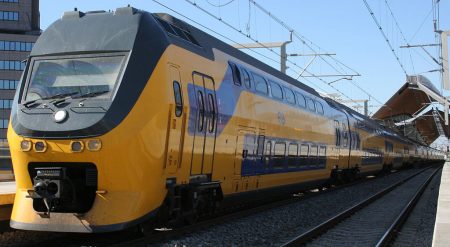 (Sep. 18, 2016) — Author’s note: Election season is in full blossom. Both sides have morphed from “let’s solidify our base” before the convention to “make whatever promises necessary” in order to win the election. Hillary is a full-blown criminal and serial liar and has been for the majority of her life. Trump needs someone to send him a fifty-five-gallon barrel of Aunt Jemima syrup to go with all of his waffles. (First Obama was not born in America—now he was; I will build a wall—-maybe, I will (might) export all illegals; I don’t trust those folks at Goldman Sachs who gave Hillary all of that money for speeches but I will hire one of their former employers to advise my campaign.) Unfortunately, those who get all caught up in election season even begin to make promises and lie for their favorite candidates. (Check Facebook; According to his supporters Trump will cancel all of Obama’s executive orders and prosecute the Obama’s and the Clinton’s as soon as he takes office.)

The huge problem is: that no matter which candidate wins the election they will be very limited in what they personally can do–simply because our government has been controlled by what has been referred to as the “Deep State,” “The Power Cabal,” “The National Security State” or simply the “Continuity of Government” plan which was implemented over 15 years ago. Yes, the candidate you vote for is simply a puppet who for 4 or 8 years will simply move according to pressure applied to their strings by operatives within the “Deep State” and dance to the music of the international banking orchestra. Here is an article I wrote on this subject some time back but it is most relevant today as well.

“The existence of the secret government was so closely held that Congress was completely bypassed.” ~James Bamford

Should anyone trust a man former president Richard Nixon once praised as “a ruthless little b******?” What if this man teamed up with another lifelong politician who stated emphatically, “Principle is ok up to a certain point, but principle doesn’t do any good if you lose the nomination?” These two men experienced tremendous influence in the power politics of our country for decades.

Although these men, void of any scruples other than might-makes-right, played musical chairs in the Gerald Ford administration, switching between Chief of Staff and Secretary of Defense. They came together again with a purpose in the Ronald Reagan administration. They are, of course, Donald Rumsfeld and Dick Cheney.

Reagan, every true Republican’s dream of the perfect president, was responsible for initiating the development of a plan which would totally suspend the Constitution and Bill of Rights and place the control of a “shadow government” into the hands of a very few people. Ostensibly this would only occur during a nuclear attack on this country and would ensure the continuity of government through the crisis. But, unfortunately, we have learned in this country that if a politician sees the opportunity to gain power and to do so would require a crisis, it is not beyond these people of little to no principles to create the necessary crisis. Since fabricating a nuclear attack on this country would require perhaps insurmountable challenges, the bar for the implementation of this shadow government had to be significantly lowered.

Reagan knew, or should have known, there were no provisions in the Constitution for its suspension in the time of emergency. Yet, Reagan set in motion, by secret directive, the formation and operational designs for such a proxy government. This was not only a written decree from the executive, it was actually practiced. Once a year three “teams” would be deployed throughout the country with people playacting the parts of president and cabinet members. These exercises would be conducted on a closed military facility or in some remote part of the country. Even though Donald Rumsfeld was not in government at the time, but was the CEO of a large pharmaceutical company and Dick Cheney was a member of Congress from Wyoming, both participated in these mock drills on a continuing basis. Since former presidential chiefs-of-staff usually played the part of the president in these drills, Rumsfeld and Cheney got lots of practice.

Presidential succession is set forth by the Constitution (Article II, Section 1, Clause 6) and the 25th Amendment; the continuity of government plan (COG) completely ignores both. Indeed, as previously stated, the entire COG is unconstitutional as an unelected bureaucrat could act as president.

Since the days of Alexander Hamilton and his merry band of monarchists, enterprising politicians with no principles, but tons of ambition, have set about to circumvent the restrictions and impediments to wealth and power known as either the Articles of Confederation or a Constitution and Bill of Rights.

The existence of the plans for a suspension of the constitution and rule by executive directive appears to have first surfaced publicly during the Iran-Contra hearings.

Brooks: Colonel North, in your work at the N.S.C. were you not assigned, at one time, to work on plans for the continuity of government in the event of a major disaster?

Both North’s attorney and Sen. Daniel Inouye, the Democratic Chair of the Committee, responded in a way that showed they were aware of the issue:

[Senator Daniel] Inouye: I believe that question touches upon a highly sensitive and classified area so may I request that you not touch upon that?

Brooks: I was particularly concerned, Mr. Chairman because I read in Miami papers, and several others, that there had been a plan developed, by that same agency, a contingency plan in the event of emergency that would suspend the American constitution. And I was deeply concerned about it and wondered if that was an area in which he had worked. I believe that it was and I wanted to get his confirmation.

Inouye: May I most respectfully request that that matter not be touched upon at this stage. If we wish to get into this, I’m certain arrangements can be made for an executive session.

Near the end of Reagan’s term in 1988, he would redefine the plan to include events other than a nuclear attack. (Executive Order 12656) COG now could be implemented with anything a member of the political power structure deemed a “national emergency.” Of course, what constitutes a national emergency is left to the discretion of those who would profit from such a determination. One cannot help but be reminded of Alexander Hamilton’s explanation to Thomas Jefferson as to what “necessary” means to a politician. Is there any wonder that Jefferson would write, “Hamilton was not only a monarchist, but for a monarchy bottomed on corruption.”

Was it plan or providence that brought Rumsfeld and Cheney back into power when the Supreme Court suspended an election, ordered the state of Florida to stop counting the people’s votes, and declared George W. Bush president?