Let’s Get Together (RR) 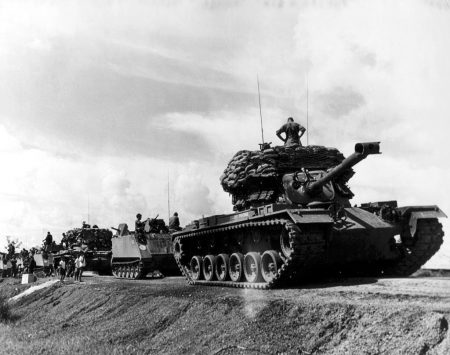 (Sep. 18, 2016) — “Good evening, ladies and gentlemen, and welcome to ‘Pulse of the Nation.’ I’m Chief New Leaf, and we’ve been invited to attend the first ‘non-meeting’ of a group of guys who actually walked the walk and therefore can talk the talk. Look, I don’t understand this ‘non-meeting’ any more than you do, so what do you say we find out together?”

“Hello, Chief New Leaf, and welcome to the first of many ‘First Non-Meetings,’ or not. By the look on your face I’d better explain. All us guys here, well, we don’t like organizations and the rituals that go with them. You see, we’re all for-real combat veterans and turn off whenever someone tries to make us wear a hat or a pin.

“Notice we don’t wear the American flag on our lapels. We feel if you got to advertise it maybe, well, maybe you shouldn’t have to. Forgive me if I sound a little disjointed, but I’m all you got.

“John here is Army and he’s been in more firefights than all the rest of us put together. He’s the real Audie Murphy of Vietnam: trust me. He was brought back and sent to OCS but was kicked out when it was found that he was too young. That he would’ve made an outstanding leader of men is without question and we call him ‘General’ out of respect, and to get respect from this group is one heck of a big deal.

“This is Rod, who was Navy, but not the ‘Blue Water’ kind. No, Rod drove those boats that went up-river. Rod is smart and no doubt has the highest IQ of any of us, except he spaces-out, but then I’m told he spaced-out even before Vietnam.”

“And what about you? Do you have a name or do we keep on calling you the ‘Vet with the Dog?’”

“That’ll do. Listen: this is not a ‘get-together.’ We don’t talk war stories here. And we don’t lie. If it comes out that someone embellished a story it’s one of two things: funny or not, and if it’s not funny you’re ostracized, forever. You see, we’ve all lost friends and we all envy the kid that got blown away at 21; if you understand that much then you’re one of us. Got it?”

“I think so. Well, actually I do get it, but I’ve got to ask for our viewers who may not get it.”

“Yes, of course, which is the reason why I invited you to our get-together. See, this is not like formal. There’s no schedule, minutes, dues or parades to attend. We don’t do parades and don’t go nuts over the 4th of July. I mean, we celebrate our county’s birth but we don’t dig the fireworks. You want fireworks, watch the fire rise from a napalm canister; smell the smoke after a cannon fires and listen to someone scream for a medic.

“Let’s get the show on the road. Hello, everyone! This is Chief New Leaf. The Chief was in the Navy but he wasn’t a Chief. He did one West Pac tour and says once was enough. As we discussed earlier, the Chief is here to gather an overall impression of the Veteran’s mindset on the incoming election. I mean the Vietnam Vet’s mindset since that’s who we are.

“I’ll play a song to set the stage for ‘Pulse’ viewers. It’s one of our favorites, for sure.”

“Baba O’riley” The Who

“You bet it does. We were all volunteers and we took the Oath to the Constitution for real and for keeps; there’s no expiration on our Oath. That’s it.”

“Think about it: we were all teenagers, but that’s not the point. The point is the word ‘wasteland,’ there and here. Oh, sure, of course we’re older, but it’s still a wasteland, like, what’s changed?”

“So you get together and listen to old records?”

“It’s a mood-setter, okay? Here’s another one.”

“Won’t Get Fooled Again” The Who

“’We don’t get fooled again’? Is that the message?”

“You got it, Chief. It’s like one political party running every four years, isn’t it? The ‘Federal Reserve Political Party.’ And we’re sick and tired of it. We’re tired of the lies: ‘Born in Hawaii’ is just one of many. Lois Lerner taking the 5th  and nothing has changed in the IRS. Fire them all; close it all down. Now for one more song and then we’ll open the floor for discussion.”

“Behind Blue Eyes” The Who

“’Dreams aren’t as empty as my conscience seems to be’? ‘Vengeance that’s never free’? What’s that all about?”

“Nightmares, for one; waking up right back in it. The vengeance part? Now that’s a little bit more complicated. Let’s say our government cheated us once, but that’s it. We’re not having any more of this four more years of Obama destroying our country. As if eight years wasn’t enough. And Libya wasn’t a problem until Hillary wanted its oil revenue for the Clinton ‘Foundation.’ No, we’ve had it.”

“Well, you’re right about that. We had our time used up so we’re out of here. This is the Chief, on behalf of the crew, wishing you all a goodnight: Goodnight.

“Great show, and thanks for inviting us. How about you guys joining us for burgers? My treat.”

“Over the Rainbow” Judy Garland