“A FOUNDATION FOR FAILURE” 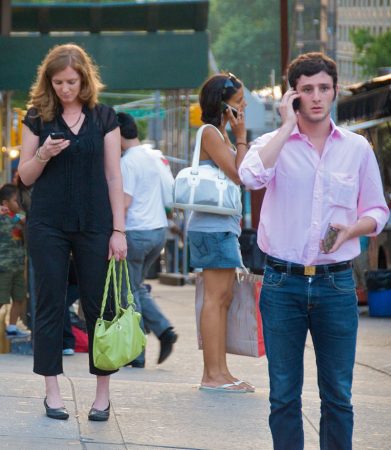 (Sep. 14, 2016) — Although there is no specific set of birth dates that define precisely who the millennials are, it is generally accepted that millennials, or GEN Y individuals, are those born between 1982 and 1998, roughly speaking, individuals age 18 to 34. This group represents those who grew up during the turn of the new century and are now the “youth” voting bloc in America.

Statistically, the millennials now equal or outnumber the “baby boomers” born between 1946 and 1964, now between 52 and 70 years old in 2016. While past elections have been largely decided by the “boomer” generation, the 2016 election is likely to be decided by GEN Y, the millennials.

As a result, all 2016 presidential candidates have targeted the millennials in their campaign messaging, from Bernie Sanders to Ted Cruz, Donald Trump to Hillary Clinton.

During the primary season, GEN Y voters made up the vast majority of Bernie Sanders supporters. Convinced that the politicians and generations that came before them had made a mess of their future, a belief which is supported by a great deal of evidence as GEN Y inherits a massive national debt and coast-to-coast chaos in 2016, the millennials are in search of a future full of promise.

But what kind of promises are they attracted to and why?

Their first choice for the next president seemed to be Bernie Sanders, a 75-year-old member of the Socialist Party USA (aka Democratic Socialists of America) who has been an “independent” member of the Democratic Party in Congress since 2007.

Buried in a mountain of student loans and facing $20 trillion in taxpayer debt, with another $120 trillion in unfunded federal (taxpayer) liabilities as their future, the millennials were in desperate search of a brighter future than the one prior generations had built for them. Sanders was essentially promising to wipe out all of the federal debts being dumped on the millennials by previous generations, in the Karl Marx theory of “from each according to his ability; to each according to his need.”

Thanks in great part to the failing ObamaCare, millennials were figuring out that they were being strapped with the debts created by earlier generations. They were also experiencing record levels of unemployment and under-employment, making their future look increasingly bleak as they graduated college deep in debt and without much hope of gainful employment. So, the promise to shift the weight of federal debts to someone else, “the rich,” had a certain ring to it.

Sanders was openly selling socialism as the solution to a nation on the brink of collapse under the weight of, well, socialism, which now accounted for more than 63% of the Federal budget and almost all of the national debt and unfunded taxpayer liabilities. Sanders, along with his Democratic Party friends in D.C., had managed to convince the millennials that socialism was a progressive idea that would solve the financial crisis created by past socialist spending policies in effect since Woodrow Wilson and FDR.

But by the Democratic Party Convention, their hopes for Sanders were snuffed out when Bernie withdrew from the campaign and threw his support behind Hillary Clinton, a lifelong “progressive” political figure with a thirty-year history of political corruption and swirling criminal charges. Sanders, who had given Clinton a real run for her money in the primaries and may have even won the DNC nomination had the process been void of any corruption, withdrew from the race and left his supporters once again in search of a candidate who promised them a brighter future.

Are millennials “dumbed down?”

Hardly… The millennials are veracious consumers of information. They are the most highly educated generation in American history. They are internet and social media savvy. They consume massive amounts of information faster than the “boomers” can even begin to imagine.

The millennials are far from “dumbed down.” They are extremely bright, very engaged, hungry to learn and even more anxious to lead.

But have the millennials been programmed for failure?

These beliefs establish a foundation for failure. Nothing in the items above is true… yet they are beliefs held by the vast majority of millennials. This was the first step to failure, but a second step follows.

According to all data regarding millennial trends and habits, the sources of their information download are as follows.

Connect the dots between the two bullet-point lists above and you realize that since facts are variable, opinions are all equal even when they are not, and you will understand why the political opinion of a comedian on Comedy Central is as valuable as the opinion of anyone actually trained and experienced in critical matters like the economy, national sovereignty and security, freedom, liberty or peace.

The danger of the echo chamber

The constant affirmation that “you are so right” when in reality you may be entirely wrong, is extraordinarily dangerous to any group that will influence their own future.

In reality, opinions are not equal. Facts are not subjective and they do not have any side in the debate. They exist without political favor, usually is direct conflict to political banter.

STAY TUNED FOR PART TWO OF THIS TWO PART SERIES