AKA, “LETTING THE FOXES INTO THE CHICKEN COOP” 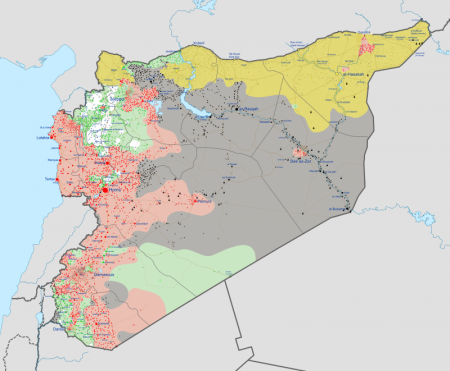 (Sep. 15, 2016) — As reported in yesterday’s (September 14, 2016) issue of “NumbersUSA,” Obama is “demanding” a 30% INCREASE in “refugee resettlement!” In the first place, these are NOT refugees; they are hand-picked, muslim assassins. Our legitimate federal non-military security forces, if they even exist, are not equipped to run background checks on such a large volume of deceptive but undisguised infiltrators. Obama cares absolutely NOTHING about the UNITED STATES’s security. He has committed TREASON on at least two previous occasions without any reaction from those responsible.

Obama has donned the robes of imperialism, is acting as though he is the King of the USA and is defying Congress to put a stop to his antics. His DEMANDS are becoming more serious and dangerous to this nation every day. The Congress is totally incapable of dealing with this arrogant demagogue. I have twice sent my complaints and concerns to Channing D. Phillips, the U. S. Attorney for Washington, D. C.; the Director of the Federal Bureau of Investigation, James Comey; The Chairman of the Joint Chiefs of Staff, both General Martin Dempsey and his successor, General Joseph Dunford, and at least a dozen requests supported by evidence, to both the Majority and Minority leadership of the United States Congress.

I have also made my concerns known in writing to Governor Chris Christie of New Jersey, the Chief Judge of the New Jersey Supreme Court, Stuart Rabner; to the U.S. Attorney for New Jersey, Paul J. Fishman, and have written numerous articles published in “thepostemail.com.” All the information of Barry Soetoro-Obama’s criminality is readily available. The missing link is the willingness of those responsible to take necessary action. I am repeatedly warned, advised, and cautioned that I am “asking for trouble” and “visits by the guys in the long black trench coats” or worse. My concerns are not for my safety but for the United States of America. I am no hero, but I WILL NOT LIVE IN FEAR in the country I served for nearly 42 years.

If those government functionaries previously mentioned fail to do their jobs or take umbrage to my actions, that then becomes their problem. From the inauguration of our faux chief executive, I have been ever-vigilant and observant. I am just plain sick and tired of writing the same charges and offenses against Obama and his lackeys, but I will provide a bulleted list of some of his nefarious and treasonous activities:

The Bowe Bergdahl fiasco was just another of the many criminal activities attributable to Obama. Congress was infuriated but failed to impeach Obama as they have so many times during his illegal tenure, even though he has demonstrated an arrogant disregard for any authority other than his own.