“THE TRUTH IS NEVER RUDE” 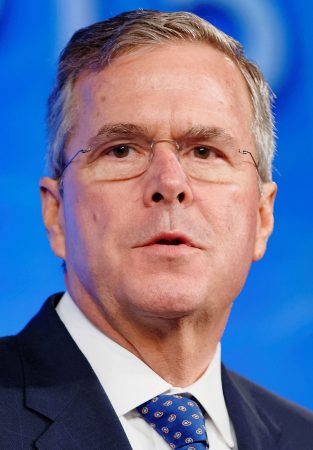 (Sep. 11, 2016) — “Good evening, ladies and gentlemen. I’ve just been handed a note saying that the FCC has just canceled our contract with the satellite company due to ‘failure to turn over evidence of broadcasting violations discussing church activities located on Hawthorn Street; failure to cooperate with law enforcement in gathering evidence against aforementioned church; and overall conduct unbecoming a professional organization, specifically continued support of the US Constitution thereby offending a number of United States citizens, namely ‘peaceful and misunderstood Muslims’ and, also, Spanish-speaking guest workers who become ‘offended’ and feel as if they are ‘not welcomed’ whenever they see the American flag displayed on May the 5th’.

“Wow, I’d say that was a mouthful. But not to worry: the show will go on and we’ll still broadcast the same as before, except, of course, millions of you will have to read the transcript – just as you’re doing now — rather than watch us on television.

“We’re the Murphys from Davenport, Iowa. We’re visiting your city just to be on your show. Mind if we wave to our friends back home?”

“I think your wife has already done that. Enough, please. Waving is the silent ‘cough-in-the-microphone,’ the number one action one MUST NOT ever, ever do. No waving. Not allowed, and if your wife doesn’t cease and desist we’ll cut you off.”

“All we’re doing is saying ‘Hi’ to our friends back home.”

“No, you’re not. You’re acting like the hicks that you obviously are. Look, I’ve been to Iowa and there’s a lot of nice people there, but you idiots still voted for Cruz over Trump in the primary, so you’re not really welcomed, unless you voted for Trump. But, still, no waving. Stop the waving, please. And no ‘scratching your ear while waving little finger’ routine.”

“Oh, goody. So you liked it when Jeb said the illegal immigrants come here for ‘love,’ is that right?”

“Oh, yes! We’re full fledged members of the ‘NO BORDERS SOCIETY,’ in good standing, I might add.”

“Tell you what: you may not ‘add;’ how about them apples? So the newlyweds who killed all those people in San Bernardino came here for ‘love?’”

“Look, Chief New Leaf or whatever you call yourself, anyone can have a bad day. Martha says they were upset with their baby-shower gifts and all they did was a little payback.”

“But it was a Christmas party, not a baby shower. And my name is ‘New Leaf’ and I just happen to be a Chief by actions above and beyond the call of duty*, as they say. You’re coming across as Obots, did you know that?”

“We supported Jeb Bush and then Kasich, but now we’re forced to go with Hillary, but we still love our great country, I’ll have you know.”

“No, you won’t. And they called us Indians the ‘heathens.’ Look, we Indians signed treaties with the U.S. government and this government isn’t keeping its word. You’re not following the Constitution. Everyone whines about the blacks and the ‘guest workers’ and the ‘refugees,’ but what about America’s poor and disenfranchised souls in the Appalachian Mountains, the inner cities and on the reservations?”

“We wouldn’t know about that. Was that on television?”

“Did you know…oh, forget it. Let me ask you one last question: do you think people like Jeb Bush and Kasich acting like little spoiled brats (who didn’t get their way) and now are off pouting in the corner and not supporting Trump is a good thing? Do you admire Jeb Bush, or, for that matter, any of the Bushes for withholding any support for the Republican candidate, Donald J. Trump?”

“Well, we haven’t quite thought it through as much as you obviously have. Come to think of it, they kind-of went by the wayside; isn’t that right, Martha?” 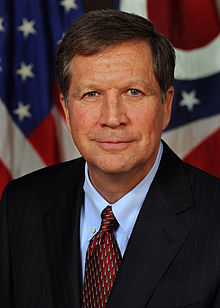 “Yes, John, we wondered what happened to all those others. Mike Hucklebee is still around, though. We like Mike, don’t we, dear?”

“Yes, we do. But I think he wants our guest workers to return home; isn’t that right, Chief?”

“Oh, so now I’m a ‘Chief’? So you admire Jeb Bush, who was one heck of a lousy governor, I’ll have you know. He didn’t do anything to deport any undesirables. Why, he made the whole state of Florida a ‘Sanctuary State,’ for Pete’s sake. And he didn’t lift a finger to lower the property taxes. No, he didn’t do Florida any good; all he did was prolong the agony, the louse.

“You want to know who is Hillary’s ‘deplorable’ people? It’s the Kasichs and the Jeb Bushes of the Republican Party. Illegal immigrants come here for ‘love,’ my foot. People killed; people shot and spending days, weeks and even months in hospitals through pain and suffering; loved ones hurting or lost forever, and for what? So the Joint Chiefs of Staff can pat themselves on the back for having diversification within the ranks? That’s supposed to make us feel enlightened?

“Lady, the truth is never rude. And that’s all the time we have. For you viewers who’ll be cut off, blame the Lois Lerners of the world: traitors, one and all. Violating their oath of office to ‘protect and defend the Constitution’; turning their backs on integrity for 30 measly pieces of silver. I hope they all choke on it.

“And so, without further adieu, this is Chief New Leaf, on behalf of the crew, wishing you all a goodnight: Goodnight.

[*Not a figure of speech. And it tends to tick me off to see what’s been happening to my country, to our country. I actually purposely and deliberately put my life on the line while fighting for my country and I tend to get really peeved at anyone who doesn’t support the Constitution. These e-mails that were destroyed by Hillary can mean only one thing: the act of destroying the evidence is less harmful than having the evidence made public.]

You Talk Too Much