“NOVEMBER IS JUST A FEW MONTHS AWAY”

(Jul. 21, 2016) — If ever a group of petulant old children posing as [now former] candidates for the presidency of the United States existed, it is those Republicans who ran against Donald J. Trump…and lost.  These are the angry “elite class” members who want to continue their business as usual jobs of filling their pockets via bilking their constituents and the rest of  We-the-People.  These are, also, the ones fearful that if Fearless Trump is elected POTUS their games of gaining money, power and bragging rights to King of the Hill could be over.  In other words, Trump is the leader and the rest are distant wannabes.  And the wannabes are furious that by Trump’s mere presence they have been exposed.  The would-be Emperors really are devoid of clothes.

As a former governor and part of the “We are the New World Order” Bush clan, Jeb had always simply expected to be the Republican front-runner in (and eventual winner of) the Republican presidential primary race.   All he would have to do would be to smile and tell the voters that years before he’d been the Governor of Florida and that he had done a fabulously “bang-up” job while he was there.  He—and many of the others competing against Donald Trump—was absolutely certain that he could easily rid himself of the entertainer-businessman and upstart politician.  After all, he was a member of the ruling Bush family and would only have to remind the loyal Republican elitists of that before receiving tens of millions of dollars from the loyal ruling class donors…right?  Well…not so much.  See…Jebbie had forgotten—quite some time ago, it seems—that politics had, to a great extent, become entertainment.  Obama proved that.  However, with Donald J. Trump it was not only that he was a celeb and had one of the highest-rated shows on television (The Apprentice), but he was one of the world’s leading successful businessmen who truly loves his country.  The viewing public had already gotten to know him and most liked him…a lot.  Trump is also intelligent enough to know how to effectively talk to people on all levels.  Jeb doesn’t.  Mr. Trump is also far from being a malaise-driven elitist.  He’s a leader.  Jeb is not.  Jeb did not attend the convention.

With Donald Trump’s blessing, Ted Cruz was allowed to speak at the Republican National Convention without having his speech screened.  Sen. Cruz gave one of his pompous sound-and-fury-laden-signifying-nothing* (or at least little) speeches meant to inflate his ego and demean those he believes are less intelligent than he.  Cruz’s speech attracted his die-hard fans and, during his speech, Cruz mentioned only in passing Donald Trump’s name showing he is a petulant, small man who, sadly, I once supported. Cruz is planning to run for POTUS in 2020.  Cruz only attended the Republican convention for the short time he gave his speech and the rally (yes, he held a Cruz rally at the convention!) before.  Ted is a brilliant pontificator.  He has now shown us that he is not a leader.

What can one say about this man?  He really hates Trump and is not shy about letting the public know it.  John appears to have had an inferiority complex since he was small.  By the way, he’s still small.  If you listen to him long enough, he will eventually try to convince you that he—not President Ronald Reagan—ran the Reagan administration in the 1980s.  As the Governor of Ohio, Kasich has made it abundantly clear that he will work against Trump’s winning Ohio in the November General Election.  Kasich has never been a true leader but has played one recently as Ohio’s governor.  I actually believe he thought he would win the nomination for POTUS.  Sadly, it appears he’s also delusional. 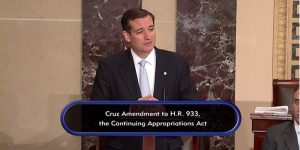 All three of the above individuals are actively working against the election of Trump to be president of the USA.  All three of them are truly the sorest bunch of politician losers that I’ve seen in my lifetime.  Aren’t they even slightly embarrassed by their actions?  They would actually prefer the identified corrupt and criminal Hillary Clinton who—if elected—will end what’s left of the USA.  These are decidedly dire times, folks, and Donald J. Trump is our last best human hope to set the country right again…in order to fight against what is to come.  We have always had free will.  Our Creator bestowed it upon us millennia ago.  Most certainly, we have not used it wisely for a very long time.  This time, will we make the correct decision or simply lie down for our slaughter?  We don’t have long to wait.  November is just a few months away.

*With thanks to William Shakespeare