“A LEGEND IN HIS OWN MIND” 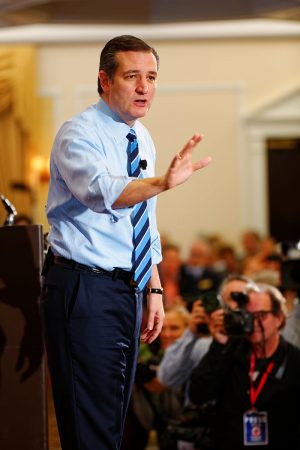 (Jul. 21, 2016) — It is official this week.  Donald Trump is the GOP Presidential nominee.  Though we have seen mud slinging for months by the establishment, Senator Ted Cruz and other groups horrified that Trump has climbed to where he now is.  Trump is in and I and many Americans believe he will take on Hillary and win.

We have seen so far during the GOP convention great support and endorsements for Donald Trump from many national leaders and even former contenders for President.  We have seen strong support and endorsements from the likes of Ben Carson, Marco Rubio, Scott Walker, Chris Christie,  Rudy Giuliani and many more.  All major GOP big boys except for Ted Cruz who the GOP, most in attendance and mass media expected and hoped would drop the hatchet and endorse Donald Trump.  It is now vividly known  that he did not.

As the fall out unfolds, the only one who has lost a Ted Cruz endorsement is himself.  He has managed to point a neon finger at himself which yells to all the world…I am bitter…I am arrogant….I ignore protocol…courtesy…humility, sportsman like tradition and I am the opposite of smart and gracious.  Instead, I am cunning, bitter and I will act out instead of use what power I still have and help pull the GOP together so Trump can soundly beat Hillary.  The Cruz ‘get even’ agenda is more important for the world to see then the win against Hillary and fix America agenda.

Ted Cruz world – a legend in his own mind

In Ted’s world, Ted Cruz was the Presidential nominee.  He was the real Christian and real statesman who should have been the nominee.  Trump was and is a fake Christian, immoral boob who has been divorced over and over and can’t possibly lead this country to first beat Hillary then fix our massive problems.

What many ‘never Trumpers’ and Ted Cruz didn’t get or acknowledge is that Jesus Christ can and does change hearts.  It is a known fact that Donald Trump has recommitted his life to Christ and made it public.  He is a patriot,  brilliant business talent, leader, loving and devoted family man and has sensational ideas to fix our country. God uses us all as we submit to HIM no matter how fractured our past may be.  I believe The Holy Bible says ‘take out the log in your own eye before you just the stick in a brother’s eye…

Sadly now, the world looks on as the political fall out hits Ted Cruz not Donald Trump.  It is Ted Cruz who looks like a fake Christian, void of any humility and grace in the hour when it was his to give. I predict he will never recover from this and only be seen as smaller and smaller in the GOP, masses and power brokers eyes.

“Ted Cruz, you had a rare and huge opportunity to look and be great – to be a humble and real statesman.  You failed. You could have set yourself up for another run for President from a position of humility, power and grace, drawing tens of millions to you but you instead chose to act out and expose your bitter and arrogant heart.  You stand alone, Cruz, and it isn’t because you did the right thing.”