“THE ANSWER IS ABUNDANTLY CLEAR” 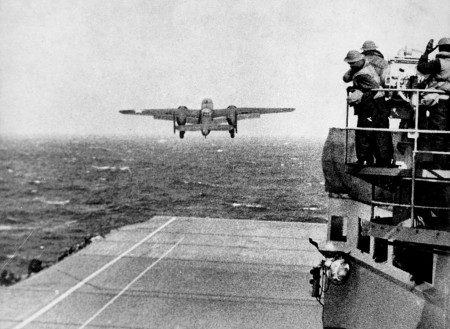 (Jun. 26, 2016) — “The difference between stupidity and genius is that genius has its limits.” ~ Albert Einstein

Imagine with me for a minute: it is April 19, 1942, you have heard on the radio of the Doolittle raid on Tokyo. In your heart, you feel a little justification for what you have been repeatedly told was a “sneak attack” on Pearl Harbor just four months prior. You are told the president of the United States (Barack Roosevelt) will be making an announcement within the hour. Of course, you are shocked beyond belief when the president declares he will be spearheading efforts to bring refugees from the raid on Tokyo to cities and towns in America and proclaims Shinto religion to be a religion of peace.

Then you remember the words of the former president (George W. Crimefamily) when he stated: “America treasures the relationship we have with our many Shinto friends, and we respect the vibrant faith of  Shinto which inspires countless individuals to lead lives of honesty, integrity, and morality. This year, may this also be a time in which we recognize the values of progress, pluralism, and acceptance that bind us together as a Nation and a global community.” (Papa Crimefamily’s New World Order)

Then it is February 13, 1945, and the media of the day is all alive with reports on the bombing of Dresden in Germany. It passes through your mind that the war may be almost over. But, you are shocked beyond belief when Speaker of the House of Representatives (Paul Ryan McStupid) states publicly the following: “ Nazis are our partners: The vast, vast majority of  Nazis in this country and around the world are moderate, they’re peaceful, they’re tolerant.” Speaker McStupid then states “A ban on Nazis is not in our country’s best interest.”

Just a few months after the bombing of Dresden in August of 1945, we hear suddenly of the dropping of Atomic bombs on Hiroshima and Nagasaki in Japan. Again, we can see the end of the war in sight—but—we then hear of an attack in an American nightclub where a radical member of the Shinto faith has killed a large number of American citizens and pledged allegiance to Emperor Hirohito. As the numbness and anger begins to diminish, you hear a candidate for president, none other than the presumptive democrat nominee, Hillary “Benghazi” Warmonger, state the following: “ practitioners of the Shinto faith are peaceful and tolerant and have nothing whatsoever to do with terrorism.” She also states there should be a “500% increase in the number of Shinto immigrants allowed into this country” and “blocking such refugees will make followers of Shinto angry at police officers.” She excoriates and vilifies her opponent for campaigning for stronger restrictions on immigration.

People, it’s Sunday and I’m not going to write a lot more words for you to mull over on this day. But, considering the above, are we or are we not living in an insane time in our country’s history?

What level of insanity has been brought to us by socialist indoctrination masquerading as compulsory education and blind allegiance to political party irrationality?

This madness is prevalent in both political parties. The culmination of the horrors of “voting for the lesser of two evils” has produced the promised results: complete and total evil. Yet, the party faithful are in full idiotic bloom on social media. To the “conservative” mind all of the blame for our current political and economic malaise is to be placed at the feet of the democrats. While those on the progressive left believe the answers are to be found in increased socialist policies and actions, they are so ignorant as to not understand it was Socialism which got us into this predicament. Kind of analogous to advocating boiling water or oil as an antidote for 3rd-degree burns.

Karl Marx, Abraham Lincoln’s pen pal and supporter stated in the Communist Manifesto the Socialist revolution would establish a Socialist dictatorship of the proletariat. To achieve those goals Marx said three things must occur. The elimination of all private property rights, the destruction of the family structure and a rejection of the “opiate of the people,” Christianity. In many, many ways those goals have been attained. In fact, there are currently government bureaucracies in place to make sure all ten planks of the Communist Manifesto are fully implemented.

Still, the great majority of people in this country refuse to accept the obvious, such as the stupidity of our so-called leaders as listed above. Repeatedly, in negative response to my writings I have been told, don’t confuse me with the facts. Although they don’t use that phrase and their language is much more coarse, the bottom line concerning their position is clear. People much prefer the comfortable lie to the most uncomfortable truth. Author Gary Allen in his great work “None Dare Call it Conspiracy” states it very succinctly.

“We keep electing new Presidents who seemingly promise faithfully to halt the world-wide Communist advance, put the blocks to extravagant government spending, douse the tea of inflation, put the economy on an even keel, reverse the trend which is turning the country into a moral sewer, and toss the criminals into the hoosegow where they belong. Yet despite high hopes and glittering campaign promise these problems continue to worsen no matter who is in office. Each new administration, whether it be Republican or Democrat continues the same basic policies of the previous administration which it had so thoroughly denounced during the election campaign. It is considered poor form to mention this, but it is true nonetheless. Is there a plausible reason to explain why this happens? We are not supposed to think so. We are supposed to think it is all accidental and coincidental and that therefore there is nothing we can do about it.”

Believing we can fix this by voting for evil in various amounts, refusing to accept facts and looking for the comfortable answer to all questions has led us to the place where our leaders have asked us to embrace those who seek our deaths and destruction and to disarm ourselves in order to make it easier to accomplish their stated goals.

As a young man, I often wondered how people could accept being placed in the gulag; lined up to be shot, or shuffled into an oven. After watching the idiots in this country who gleefully follow and support political candidates such as Obama, Bernie, Hillary, Paul Ryan, Willard Romney, John McCain, members of the Bush family and countless others, that question no longer troubles me. The answer is abundantly clear.

Again, Are We Really That Stupid? No answer required; it was a rhetorical question!

One Response to "Are We Really That Stupid?"