ARE RECENT MURDERERS ACTING UPON ORDERS? 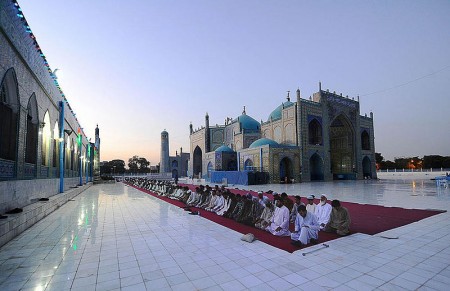 (Jun. 14, 2016) — On May 21, 2016, Reuters reported that the terror group ISIS encouraged “followers to launch attacks on the United States and Europe during the Islamic holy month of Ramadan, which begins in early June.”

According to about.com, “During the blessed month of Ramadan, Muslims all over the world abstain from all food, drink, and other physical needs during the daylight hours (such as smoking or sex). Ramadan is much more than just not eating and drinking; it is a time to purify the soul, refocus attention on God, and practice self-discipline and sacrifice.”

While the first day of Ramadan might differ among countries, Yahoo! News reported that “a mosque in Tampa, Fla., told its followers that they too would celebrate the first day’s fasting on Monday.”

ISIS is a barbaric group which organized out of the Syrian civil war from various fractionalized terrorist groups opposed to Syrian president Bashar al-Assad.  Since early 2014, ISIS has sought to establish an Islamic caliphate beginning with the taking of large portions of Iraq and Syria through burying and burning victims alive; crucifixions; torching of Christian churches; the demolition of ancient civilizations’ artifacts and edifices; the enslaving of women and children; torture, and most recently, even killing its own.

On May 22, The Huffington Post reposted the Reuters report from the previous day.  Fox News and CNN also reported ISIS’s threat against the U.S. and Europe.  CNN added of the terrorist organization, which conquered large portions of Iraq and Syria in 2014:

Since declaring its caliphate in June 2014, the self-proclaimed Islamic State has conducted or inspired at least 90 terrorist attacks in 21 countries other than Iraq and Syria, where its carnage has taken a much deadlier toll.
Those attacks have killed at least 1,390 people and injured more than 2,000 others.

On May 24, Breitbart issued its own report on ISIS’s public threat, stating:

The day that marks the birth of the United States, the 4th of July, will fall on Ramadan. In addition, the holy month will take place during the summer, the season for multiple music festivals and concerts across the nation.

Various presidential campaign and election events will also take place during Ramadan 2016, as June will mark the end of the contentious primaries and caucuses held by the states and parties during which ISIS and Islam were debated.

Early on Sunday morning, a 29-year-old, U.S.-born man of Afghani heritage declared allegiance to ISIS just before charging into a nightclub and gunning down 49 people and injuring 53 more, some very seriously.

On Monday, a radical Islamic stabbed a French police officer and his wife to death outside of their home while their three-year-old son ran and hid behind a couch inside.  According to Fox News, Larossi Abballa had declared on his Facebook page before the murders that “the Euros will be a graveyard” just after spending an unusual length of time praying in a local mosque.

As he has every year since occupying the White House, Obama and his wife Michelle gave a Ramadan address on June 6 wherein he said, in part:

Here in the United States, we are blessed with Muslim communities as diverse as our nation itself. There are those whose heritage can be traced back to the very beginning of our nation, as well as those who have only just arrived. Doctors, lawyers, artists, teachers, scientists, community organizers, public servants, and military members, each night will all break their fasts together in cities across America.

As Muslim Americans celebrate the holy month, I am reminded that we are one American family.  I stand firmly with Muslim American communities in rejection of the voices that seek to divide us or limit our religious freedoms or civil rights. I stand committed to safeguarding the civil rights of all Americans no matter their religion or appearance. I stand in celebration of our common humanity and dedication to peace and justice for all.

Obama’s 2009 Ramadan address referred to the “new beginning” which Obama had promised while speaking at the University of Cairo in June of that year.  Five months later, a U.S. Army psychiatrist who had been in touch with an Islamic terror leader overseas shouted “Allahu Akbar!” before murdering 11 of his fellow soldiers and two civilians while injuring 31 others at Ft. Hood, Texas.  One of those killed was expecting a child.

The violent incident was at first termed “workplace violence,” and the ensuing Department of Defense report did not make reference to “radical Islam” or “Islamic terrorism.”  Within ten days of the shootings, however, Obama had called for action within the military chain of command to “prevent a similar breach from happening again.”

During his 2009 Ramadan address, Obama referenced “my Christian faith,” although in his campaign the year before, he had invoked “my Muslim faith” in an ABC News interview, after which interviewer George Stephanopoulos, a former Clinton White House aide, quickly interjected, “Your Christian faith.”

Obama’s 2010 Ramadan address, which The Los Angeles Times termed “special,” included the statements, “Ramadan is a celebration of a faith known for great diversity and racial equality.  And here in the United States, Ramadan is a reminder that Islam has always been part of America and that American Muslims have made extraordinary contributions to our country. And today, I want to extend my best wishes to the 1.5 billion Muslims around the world – and your families and friends – as you welcome the beginning of Ramadan.”

In August 2011, Obama “honored the sacrifices that Muslim Americans have made for the country on Wednesday night at the White House’s annual Ramadan dinner,” according to The Huffington Post.

In 2012, Obama said, “The United States continues to stand with those who seek the chance to decide their own destiny, to live free from fear and violence, and to practice their faith freely. Here in the United States, Ramadan reminds us that Islam is part of the fabric of our Nation, and that-from public service to business, from healthcare and science to the arts-Muslim Americans help strengthen our country and enrich our lives.”

Obama’s 2013 Ramadan remarks included “For the world’s 1.5 billion Muslims, Ramadan is a time for thoughtful reflection, fasting and devotion.  It is also an opportunity for family and friends to come together and celebrate the principles that bind people of different faiths – a commitment to peace, justice, equality and compassion towards our fellow human beings.  These bonds are far stronger than the differences that too often drive us apart.”

In 2014, Obama’s message made Ramadan remarks at an Iftar dinner, “continuing the tradition of hosting Iftars that began annually under President Clinton and was continued by President George W. Bush.”

A month later, a “devout Muslim” from Kuwait who had traveled to “the Middle East” after graduation from high school murdered four Marines and a sailor at two recruiting centers in Chattanooga, TN.

On Tuesday Obama reacted, perhaps angrily, to criticism from Republican presumptive presidential nominee Donald Trump for his avoidance of the term “radical Islam.”

As did The Washington Post on Monday, CNN reported that in response to the terror attack in Orlando, Trump had “hint[ed] that in some way the President was complicit or approved of Islamic terror attacks” when on Monday morning he told three Fox & Friends anchors of Obama’s behavior toward Islamic-motivated attacks, “There is something going on.”

Earlier in the presidential campaign, Trump called for a temporary halt to the admission of “refugees” and immigration from Islamic countries such as Syria, which has been embroiled in a five-year-old civil war and seen the slaughter of tens of thousands, including Christian and other minorities, by Islamic terrorists.

Obama claimed on Tuesday that Trump’s plan to suspend immigration from Islamic nations “betrays American values and risks helping al-Qaida and the so-called Islamic State.”  Obama also asked rhetorically if “Muslim Americans” might be “discriminated against” “because of their faith” if Trump’s plan were to become a reality, calling the issue of whether or not the term “radical Islam” is used “a political distraction.”

On April 27, 2011, Obama’s communications director, Dan Pfeiffer, used the same term after the White House unveiled what it said was a scan of a certified copy of Obama’s long-form birth certificate from Hawaii, an image which was later declared fraudulent by a four-year law enforcement investigation.

The mainstream press has not reported on the findings of forgery by the Maricopa County Cold Case Posse and has generally vilified Trump for having publicly raised the question of Obama’s origins early in 2011 when considering a run for the presidency then.

In 2007, Obama was said to have spoken Arabic with a “first-rate accent.”  He reportedly spent four years in Indonesia attending schools as a registered “Muslim.”

According to the website thereligionofpeace.com, which catalogs Islamic terror attacks in the United States, there have been 25 incidents involving murders and/or injuries committed by Islamics since 2009, some of which involved “honor killings.”

Obama has brought in a number of Muslims to work in high positions within the Department of Homeland Security and other government departments, one of whom advocated for the “return” of an Islamic caliphate.

“Our mission is to destroy ISIL,” Obama insisted on Tuesday, using an alternative name for ISIS.