“THE NEWS OF TODAY” 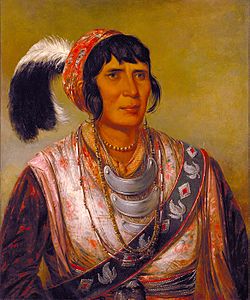 (Jun. 3, 2016) — “How. Chief New Leaf filling in for Roving Reporter — who is on assignment looking at beautiful women in Southern California — for tonight’s episode of ‘Pulse of the Nation.’

“Oh, I know you. Roving interviewed you in your RV once, isn’t that right?”

“Yes. Right you are. What you do for a living? Care to share with our loyal viewers?”

“Well, take this week, for example. This week was a piece of cake. You see, this loser, make that ‘total’ loser, Paul Ryan, made a big show of endorsing Trump.

“Now Trump doesn’t need or, for that matter, even want Ryan to endorse him but, hey, he got it anyway. Think ‘slow news day,’ all right? So what I did was to really blow it up like it was a big deal.

“Everybody knows that if Ryan doesn’t back Trump, Ryan’s days are numbered, meaning he’d lose in November. So he endorses Trump and all of our mainstream media cohorts really build it up, like it’s important, like anybody really cares what the Boehner clone thinks, as if anyone cared. With me?

“In the whole scheme of this 2016 presidential election, Ryan is a no-account, but we hype it up. Look here: Trump supporters don’t give a hoot about Ryan or his sorry GOP agenda. We know this, but there’s so many stupid people out there that half will believe the hype; after all, they saw it on television, right?”

“You don’t have much faith in John and Jane Q. Public, do you?”

“Who does? They swallow the stupid pill every day. Who cares? They get whatever they deserve. We make up lies and they drink the Kool-Aid: end of story. Excuse me, got to make an appointment. Nice talking with you; say ‘How’ to Roving when you see him.”

“Will do. Now sure don’t like you. Who next? Oh, hello. Did you hear what that man said?”

“The one that was making a mountain out of a mole hill? Yes. I heard, but it’s just typical of the news of today, is it not?”

“For sure. What about these protesters attacking their fellow citizens at these Trump rallies?”

“’Fellow citizens’? Where did you come up with that? They’re not ‘fellows’ of no one, unless it’s their fellow lawbreakers, fellow illegal immigrants and fellow thugs. I’d like to know why our governor – the Commander-in-Chief of our National Guard — hides behind his desk. Why isn’t he out there leading his troops and arresting these hooligans?

“And what about the Feds? Why aren’t there lines of buses waiting to be filled with these illegal immigrants? Why aren’t these lowly thugs being deported? Why does the police force, the people who we pay to protect us, just stand around and watch as legal United States citizens are being attacked, blooded and beaten by illegals?

“Talk about an inept and corrupt ‘establishment;’ it’s beyond comprehension. Here we have thousands of lawbreakers — all congregated in one spot (all rounded up for us) – and we let them get away with assault and battery, let alone damage to private and taxpayers’ property. It’s a shame, a crying shame. It’s also just a matter of time until someone gets killed right in front of our eyes on national television, maybe a mother carrying her child, and the child gets hit in the head by a thrown brick, and dies. And our mainstream media will, no doubt, blame Trump for the child’s death.

“You’re the best show on television because you’re not afraid to tell the truth. And because I know you’re not going to edit this out, I’d like to say we need to deport every Muslim while we’re at it.  It’s either we do it or kiss our America goodbye; it’s that simple. It’s not complicated. There are no ‘issues’ about fanciful Constitutional ‘freedoms’: it’s as basic as protecting the lives of Americans. And Obama and his thugs at the DOJ are giving amnesty to the very people who want to slit the throats of your family and then yourself, all the while chanting the same words that the 9-11 and the Fort Hood murderers chanted.

“Oh, sorry, I seem to get carried away once in awhile. But it needs to be said. Trump speaks the truth, and either we listen up or we’ll end up more deaf and dumb than we already are.

“Bye, Kemosahbee, and thank you; you didn’t bend our ears off: you made our ears sing as the sound of the meadow lark. And that’s our show for tonight. Roving has said many times that he has the best job in the world, and I tend to agree with him: it sure has been fun being a guest host. And so, to end this broadcast, I’ll be, on behalf of the crew, thanking you for watching and to wish you all a good night: Goodnight.”

“Man, that was fun. Let’s go grab a burger and charge it to Roving. It’ll be Roving’s treat.”

The Dissimulation of Misinformation (RR) added on Friday, June 3, 2016