“WHATEVER HAPPENED TO COMMON SENSE?” 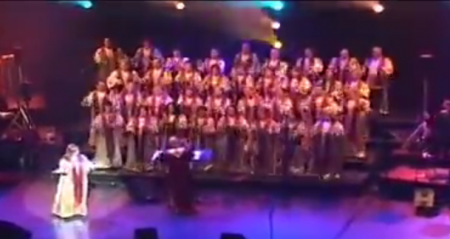 (Apr. 18, 2016) — “Good evening, ladies and gentlemen, and welcome to ‘Pulse of the Nation.’ We’ve been invited to the ‘First Church of the Absurd’ to listen in on the sermon. So let’s get settled in this last pew.”

“Hallelujah and Praise be to Him. Thank you, Lady Marion and choir. Hiding in the back, over there on the left, is Roving and crew, so let’s make welcome the big city folk.

“We live in hard times, I tell you. ‘How hard?’ you ask. Seven short years ago I wrote a sermon that I called ‘Whatever happened to Common Sense?’  And I remember that it took me just one hour to put it all together compared with today’s SIX DAYS!

“’Why is that?’ you ask. Because there’s more examples of a complete lack of common sense around than there used to be. Before I had just one or two examples to choose from; today I have thousands.

“So here’s the point: if the Muslim Brotherhood wasn’t good enough for the Egyptian people, why in tarnation are they good enough for us? What we need is some tar and feathers, and I do not speak figuratively.

“Common sense. Think about it. Jesus had common sense. He preached it his whole life: ‘Do unto others as you would have them do unto you.’ That’s right: The Golden Rule. I’ve been waiting for the Egyptians to attack us at any moment, as in ‘payback.’ But then maybe, after all, they are.

“’How so?’ you ask. Again, I’m glad you asked, so I’ll tell you. The Egyptians are not invading us, but what they are doing is keeping their mouths shut while the Muslim Brotherhood is doing to us what they had in store for them.

“They say that the most dangerous animal in the world is that of a mother bear protecting her cubs. Let me suggest that there’s at least an equally dangerous animal in the world and that’s of a father protecting his daughter from a molester. Be assured that the politicians who support the supposed ‘rights’ of the transgendered don’t care about the emotional harm that may be done to our children; all they care about is increasing their chances to get reelected.

“I’m not saying that transgendered people are child molesters, but what I am saying is that if you leave the door open for sexual predators to take advantage of a situation, they will. The simple fact is that it’s not worth the safety of one child to be traumatized for the emotional well-being of all the transgendered people in the world.

“Irrespective of how the brain is wired, we have to have guidelines that are irrevocable, and one such guideline is the physical attributes one is born with. It’s like marriage: one man and one woman. A Civil Union could be other combinations, but you need a man and a woman to make a marriage. It’s called ‘common sense.’

“Our courts seem to have lost the sense of common sense sometime in the past. They say that justice is blind, but that doesn’t mean we have to be. Remember that lady who tied her kids up in the car and then pushed the car into the lake? Where was the judge in that case? ‘I had to follow the law.’ Here’s a news flash: the mother deserved the same as what she did to her kids.

“But the most asinine, the most deliberate failure of a judge shirking any common sense verdict was that of the case of Polly Klaas. The judge sentenced the killer himself be executed but what the verdict SHOULD HAVE BEEN was to let the father have a chance to be alone in a room with the sorry excuse for a human being who murdered his daughter. I’m saying there was not one man in America who wished the judge would’ve done what would’ve been entirely just and right that day: let the father at the killer of his child. Talk about closure.

“And that’s my sermon about common sense. We lost it somewhere on the road of life; sometime in the past we lost the ‘do unto others.’ How about if one more Muslim murders one more ‘unbeliever’ we nuke Mecca, and that’s just for starters.

“This government has put a gag order on us preachers to hold our tongues against injustice and lies, but I’m here to tell you that this is not our government: it’s a government by the Muslim Brotherhood whose goal is to abolish the Constitution as we blindly and stupidly accept the Creeping Sharia as a foregone conclusion.

“I’d have to hand it to the Egyptians: they got us good, now, didn’t they? Absurd? Think about it.

“And that’s this week’s sermon. We’ll be passing the collection plate around as you’re all welcome to join the choir singing ‘Oh Happy Day.’ There’ll be burgers, dogs and soft drinks in the back after the service. Thank you and God bless.

“Thank you for watching. This is Roving and crew wishing you all a good night: Good night.”

“That was easy. What do you say we get ourselves some burgers?”

[Author’s note: No doubt it is speculative that the Muslim Brotherhood is directly responsible for some citizens of the United States advocating abortion, amnesty for illegal immigrants, same-sex marriage, women in combat, anti-Trump nonsense and other equally self-destructive policies designed to undermine the moral fabric of our country, BUT THE RESULTS WOULD BE EXACTLY THE SAME IF THEY WERE.]