“TAKING IN MORE MONEY THAN EVER” 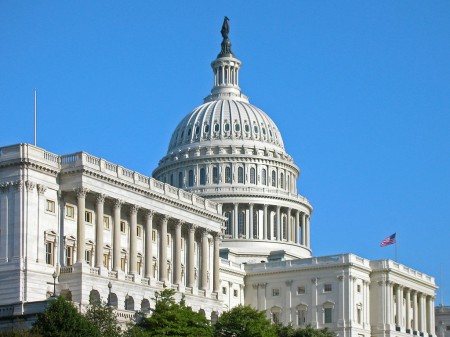 (Apr. 18, 2016) — In response to an email from a dental school classmate, Class of ’66, I was not a little angry; I was nearly seething. Of course, after over seven years of a fraud occupying the Oval Office and his being a traitor to boot, seething anger is understandable.  Here is my response; clarification follows.

Devastatingly terrible statistics; everything Jimmy Carter had a hand in is devoid of any value whatsoever. Education is rightfully a function of the individual states. He has a tight grip on the 43rd position as our WORST chief idiot. If this 114th pitiful excuse for a Congress does not call for a COS (Article V Convention of States) soon, things will continue their downward spiral. The leadership of both chambers of the 114th is non-existent or so pathetically weak, misdirected, corrupt and feckless they should be removed as quickly as possible. Either this cesspool gets cleaned up OR, I see either an insurrection or another war of rebellion, this time with 50 states waging war on the District of Columbia. McConnell and Ryan, as the purported leaders of their respective chambers have shown NOTHING but weakness in the face of a foreign imposter. Obama, or whatever his name may be, is without doubt a Traitor deserving of a quick trial and a hanging from one of those beautiful Cherry trees in Washington. If the Federal Judiciary claims that Obama is guiltless, then the Military should step in, arrest or apprehend, incarcerate and try by General Courts-Martial Obama, Holder, Clinton, Kerry, Jarrett and Abedin for violation of Article 104 of the Uniform Code of Military Justice. A conviction under Article 104 puts the Death Penalty on the prosecutorial table. If this nation can execute a husband and wife, Julius and Ethel Rosenberg for Espionage (A lesser crime than Treason), we sure can and MUST do the same to the aforementioned offenders and FOR the safety of this Republic. Would some or all of you who receive this, not only forward it asking the recipients PLEASE send it to your local or any newspaper as an angry citizen seeking justice. And, please just leave my name and address, etc. as is; I can take the heat. Maybe WE can get something started.

Immediately following is the first few words from my former classmate’s email.

The Statistics following are devastating; our kids are in deep, deep trouble.

by Jim Quinn via The Burning Platform blog,

It appears a few children were left behind.

After 37 years and trillions of dollars “invested” in our children, see below what they have achieved. The public school teachers who have been on the front lines for the last 37 years work 9 months per year, earn above average salaries, get awesome benefits, and have gold plated pension plans – all at the expense of taxpayers. And look what they have accomplished.

The tens of millions of illiterate drones think they deserve $15 per hour because it’s fair, even though they can’t count to fifteen or spell fifteen.

Is there a solution? Yes, of course, for every problem there is a solution, BUT this case poses monumental hurdles. First, there is the dysfunctional bureaucracy in Washington and the overseers, the Congress, are hamstrung by inefficiency, lack of courage and a chief executive who follows no rules save his own. And his rules are those of Saul Alinsky.  Alinsky’s rule #6 is  this: “. 6) Education — Take control of what people read and listen to — take control of what children learn in school.” This link tells you so much more:

http://www.snopes.com/politics/quotes/alinsky.asp  “A MUST read! And for emphasis from the same site this little tidbit concerning that hateful, avaricious, filthy Democratic campaigner for President:  “Recall that Hillary Clinton did her college thesis on his writings and Barack Hussein Obama writes about him in his books.”

Obama and the Clintons as communist collaborators and a dysfunctional Congress does NOT bode well for our Republic. Unless and until the feckless 114th Congress gets its act together, Obama is going to walk away scot-free from all his crimes against America and Americans.

But why am I, a 91-year-old citizen, so fired up and angry about this? For the love of God, people. your children, my children, and our great-grandchildren – some yet unborn – are going to be unwittingly taken back to the Dark Ages. To me, death — a violent, hurtful death — is preferable to such a horrendous fate for your kids, my kids and every patriotic American’s kids.

Since I am NOT clairvoyant, I have no clue as to the outcome of this year’s presidential election. So many people are walking around in a dream world, taking the handouts from this Democratic bunch of hoodlums, crooks, liars and outright thieves and then going and voting them right back into office. The rest, and yes, that would be you, Mister or madam, young man or young lady, who had all those stars in her eyes when the fraud known as Barack Obama fed you a pack of lies.

So, just how deep is the Washington cesspool? It is so deep that the occupants can no longer see you and me, nor can they hear us because there is so much fecal matter in their ears. We are no longer the masters of the realm; the “servants” have built an impenetrable wall through which our petitions, letters, questions, and demands are unable to penetrate. And it is not just the damned Democrats; it is the Elephants, the cuckoos, and the Socialists who have all coalesced into a street band of hoodlums telling us to go straight to hell if we don’t like it.  The stench is so bad, even the media dare not criticize it. Have YOU ever heard one of the talking heads make the assertion that Barry Soetoro-Obama has committed treason? No, you have not. Why is that? Simple, they are on the take like all the rest with this one exception, they receive outrageously high salaries to NOT criticize the keepers of the cesspool. Money is NOT the root of the evil; it is the love of all that money and its associated evils that is the problem.

Records indicate the government is taking in more money than ever, yet the thieves and crooks are spending more and your debt and mine is mounting by the minute.