“EXACTLY WHAT WE NEED” 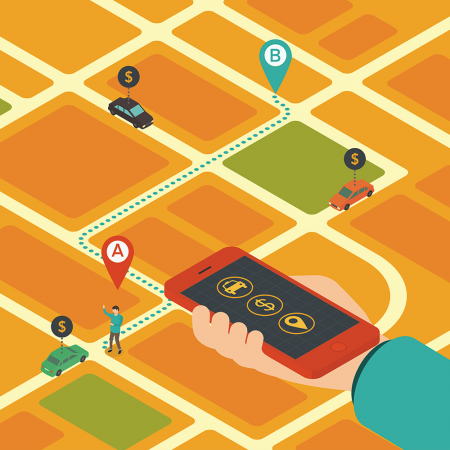 (Feb. 23, 2016) — Teachers always told us not to be disruptive in school, but that’s exactly what we need in business. While the establishment continues with the status quo, startups are coming up in their respective industries and telling them, “We found a better way.” If you’re tired of taxi cabs, cell phone contracts, expensive hotels and overpriced razors — four things you probably thought were unchangeable — check out these four companies are turning their industries upside down.

We didn’t know how bad the taxi cab industry was until Uber came along to show everyone the alternative. The traditional yellow cars were often dirty, late and operated by rude drivers. And since there was no competition or method to rate drivers, passengers were stuck with what they got — until Uber came along.

Uber, the San Francisco-based startup, is simply a worldwide network connecting drivers with their own cars to passengers looking for a better way around town. It all works through the Uber app: Tap on the screen to request a ride and a driver working that night (they choose their own hours) will come to your location. And since passengers can rate drivers, and vice versa, the quality of service blows taxis out of the water. Did we mention that it’s also cheaper? It’s no wonder the taxi unions are up in arms over Uber’s success.

The wireless carrier industry has changed a lot in the last 2-3 years. Consumers are no longer locked in the typical two-year contracts and pre-paid wireless is more common among major carriers. All those changes are thanks to T-Mobile, which is constantly challenging the status quo in the industry. It was the first major carrier to drop two-year contracts and replace them with month-to-month plans that let you pay for new phones in installments.

It’s also one of the first companies to introduce pre-paid sim cards (among major carriers) and lure customers away from the other carriers with offers to pay off their phones and contracts.

It’s easy to compare Uber and Airbnb, but the two companies actually solve very different problems. The taxi industry has its service issues, but no one can complain about a good stay at a nice hotel. The big names like Starwood, Hilton and Ritz Carlton have incredible reputations and service records, but they also have something else in common — high prices. Staying at a luxury hotel is not cheap, and that’s were Airbnb comes in.

Anyone with a home, apartment, condo, cottage, or cabin and sign up with Airbnb to rent out their space for travelers. Homes range from luxurious to… well, curious, but there is the opportunity to stay almost anywhere and pay prices cheaper than hotels or traditional home rentals.

A cartridge of men’s razor blades can cost up to $20 at the drug store. If that price sounds insane, that’s because it is. The markup on razors is criminally high and Dollar Shave Club exposes the gap with their wholesale subscription model. The company is known for its funny commercials and sends replacement razor blades to customers for $8 or less each month.

Dollar Shave Club’s success caught the eye of Gillette, which is currently in a lawsuit with DSC for patent theft. You know a company is doing something right when Big Razor is going after them.