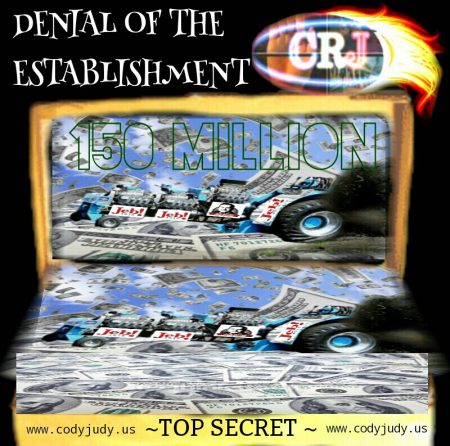 (Feb. 22, 2016) — Love American Style was a hit television series that aired from between 1969 to 1974 on ABC starring many legends including Ron Howard and Marion Ross I watched as a kid.

The song introducing the program was one of those if you got in your head you were done for. While the song was also something you never minded because it was “Love American Style”, it just might be the key to the reason in a nutshell that former Florida Governor Jeb Bush decided, after one of the most well financed campaigns in modern American History 150 Million Dollars worth, to suspend the Campaign. Jeb said in April 6,2014 :

Jeb Bush’s Statement of Illegal Actions being Acts of Love

“But the way I look at this — and I’m going to say this, and it’ll be on tape and so be it. The way I look at this is someone who comes to our country because they couldn’t come legally, they come to our country because their families — the dad who loved their children — was worried that their children didn’t have food on the table. And they wanted to make sure their family was intact, and they crossed the border because they had no other means to work to be able to provide for their family. Yes, they broke the law, but it’s not a felony. It’s an act of love. It’s an act of commitment to your family. I honestly think that that is a different kind of crime that there should be a price paid, but it shouldn’t rile people up that people are actually coming to this country to provide for their families.”

Politico ran a story Feb 20,2016 two days ago entitled “Inside Jeb Bush’s $150 Million Failure” by Eli Stokels basically blaming all of Jeb Bush’s woes on his own Political Counselors failure to predict Mr. Donald Trump with commentary of the epic misread of the GOP Base’s hostility towards any Establishment Candidate ‘tragicomically mismatched to the electorate’.

“Trump baited Bush into a fight, staking out a position to the far right of the Floridian by calling for an end to automatic citizenship to any baby born in America. He ridiculed Bush’s earlier comment that immigrants who come to the United States illegally do it as an “act of love” for family, and called him unelectable.”

Of course Trump was talking about what would become Jeb Bush’s nemesis- U.S. Senator Marco Rubio and Bush’s remark out of the conundrum of “anchor babies” in that he would be a tough enforcer of immigration law, but failed to pull the trigger on Marco Rubio as ineligible for the Office of the President because Rubio in fact was one who achieved his [U.S. Citizenship] by birth on U.S. Soil from statute, declaration, or constitutional Amendment, with foreign parents. The only claim of U.S. Citizenship was the line of the Border of the United States, but of course this didn’t make Rubio a [natural born Citizen] ie. Born in the U.S. to Citizen Parents], distinct from congressional statute or adoption of [Citizen] as the requirement states or is allowable for U.S. Senators and U.S. Representatives.

Indeed the so-called ‘Positive Spots” Jeb’s Campaign was trying to maintain in high-ground were not working nearly forcing the JEB! Campaign to go negative infuriating the bur under his blanket Rubio.  The biggest problem with JEB’!’s negative attacks against Rubio, estimates of 36 Million Dollars worth,  is they did not encompass the moral high-ground of ‘Love American Style‘ or the U.S. Constitution’s qualification for the Office of the President.

ART II, SECTION 1, CLAUSE 5
[No Person except a natural born Citizen, or a Citizen of the United States, at the time of the Adoption of this Constitution, shall be eligible to the Office of President; neither shall any person be eligible to that Office who shall not have attained to the Age of thirty five Years, and been fourteen Years a Resident within the United States.]

The 14th Amendment was never a referendum meant to make the qualifications of the Office of the President found in Article II, Section 1, C-5 moot, and so the false narrative is exposed of those born in the U.S. automatically being [natural born Citizens]. Indeed neither was U.S. Senator Ted Cruz’s claims derived from the Naturalization Act Nationals and Citizens at Birth Title 8 § 1401 a-h upon his mother’s U.S. Citizenship, but it gives everyone a very clear picture that [U.S. Citizenship] can be achieved by both birth or soil heritage and also what is termed ‘conferred’ citizenship or Parentally inherited.