“YOU NEED TO BE READY” 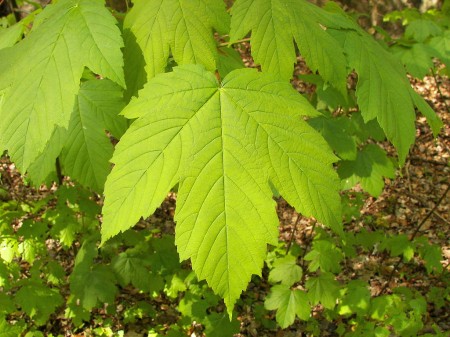 (Feb. 20, 2016) — “Good evening, ladies and gentlemen, and welcome to ‘The Pulse of the Nation.’ We’ve been invited to the First Baptist Church on Hawthorn Street to hear their guest speaker, Chief New Leaf, give the sermon of the day. Let’s listen in.”

“And a special thanks to the Clark family for donating new uniforms for this year’s baseball team. Maybe that’s what it’ll take to beat those Methodists.

“As you can plainly see, we’ve been blessed with the presence of Roving Reporter and crew who will broadcast our service on live television, and thanks to the cable companies picking up ‘The Pulse of the Nation’ so that people all over the world will be able to experience the hospitality of our church in our fine city.

“When I called our guest speaker to invite him to speak at our fine church, I had misgivings that he wouldn’t accept an invitation to speak in such a humble abode in front of such an average American congregation, but he accepted with an enthusiasm that couldn’t hide his joy. And so I give you Chief New Leaf.”

“Thank you, Pastor Robert, for your fine introduction, and thank you, congregation, for allowing me to be here on this fine day. Makes one grateful to be alive; to be able to take the time and make the conscious effort to appreciate the Lord’s blessings, which just happens to be the title of my sermon: ‘The Lord’s Blessings.’

“It has been said that the Lord works in mysterious ways, and if that isn’t an understatement, nothing is. We ask ourselves, ‘Where was the Lord while his children were being systematically exterminated in the Belzec, Majdanek and Treblinka concentration camps?’

“I recently was afforded the honor and privilege to visit some of the wards at the Children’s Hospital in Nashville, TN, where it doesn’t take a lot of cajoling to ask the Lord, ‘Why do the innocent have to suffer so?’

“I don’t know the answer except to say to ask such a question demonstrates our humanity, which is a good thing: to have and be able to share our empathy with our brothers and sisters, irrespective of our DNA makeup, part of which we all share with our collective ‘great grandmother’ to the nth degree — a human fossil found in 1974 at the Awash Valley in Ethiopia named ‘LUCY’ – so we all have more in common with one another – PHYSICALLY – than just simple visual cues.

“The difference between you and me, us and them, isn’t therefore physical but lies within our brains. In my two examples about people getting a raw deal – concentration camps and children’s hospitals – the instigating factor of suffering and death are not the same, although the conclusion may be.

“In the first example – concentration camps – it was humans murdering other humans with no outside pressure applied. It wasn’t implementing a ‘culling mechanism’ due to crop failure where there just wasn’t enough food to go around. And we’ve already learned that it wasn’t one species eliminating another, not with a shared grandmother’s DNA. No. It was a mental condition known as ‘Mob Insanity,’ in this case, the German National Socialist Party, aka NAZI Political Party.

“In the second case, who knows? Some of us get hit by a meteor or swallowed by an earthquake; drowned in a tsunami or burnt to death in a forest fire.

“So people die every day: this we know. We all know that no matter what we do or where we live, it’s a dangerous world, and not just out there, but within these walls of this beautiful church. Why, from above a comet could come crashing down or an earthquake could very well bring the structure upon us, while below a sinkhole could swallow us.

“These are the things that we accept to be a daily danger in our lives; things to be aware of but not overly concerned about. But there are other vehicles of death that are also a danger in our daily lives, and these are the deaths that CAN BE PREVENTED.

“There are many classes in ‘War College.’ Some concentrate on supply lines while others may focus on training. One course deals with the definition of defense: either proactive or reactive. An example of a proactive defense is that of the Israel-Egypt war in 1967 where the Israelis took out the Egyptian Air Force while the Egyptians sat on the tarmac ready to take off for a strike against Israel. Reactive would be our very own Pearl Harbor, hence it is better to be proactive than reactive.

“Today they’re people – many hundred of millions – who want nothing better to do than to kill you and your family for no other reason than it’s what they do; what they’re taught; what their ancestors did; and what they will do today, tomorrow and through this millennium and into the next: murder other humans because of what’s inside their brain: unadulterated hate. These people can’t be reasoned with. Nothing will change their collective minds to withdraw from the hate and murder rampages. Nothing.

“These savages have continued virtually unabated for the past 1,400 years on their murdering rampages, and have, for the last 50, said point-blank that they will kill every American. Right now there are 22+ Islamovilles – terrorist training camps – in our country. Our politicians, law enforcement and the whole government have not only allowed them to train unmolested but have actively imported more and more Muslims. Makes you wonder who the enemy is.

“Don’t wonder: the friend of my enemy is my enemy. Those law enforcement officers who were on the government’s side in the BLM fiascos in Nevada and Oregon are no different than those Jihadists in San Bernardino.

“Listen: government employees who willfully follow illegal orders from an Administration — headed by a de facto Constitutionally-ineligible president (Obama) — don’t deserve our respect nor our support.

“And listen to this: what we are witnessing – the BLM’s takeover of private and state lands – is the definition of Socialism: a political system where the government and private enterprises run rampant over the populace, and if what transpired in Germany during World War II doesn’t scare the bejesus out of you, I’d say it’s time to study up on world history.

“Fact is, Socialism looks good on paper and during dorm-room discussions, but the truth of the matter is that the greedy bullies rise to the top to trample to death the do-gooders in the muck at the bottom. And it happens each and every time. Without question. Avoid the trappings of Socialism at all cost, or we’ll be seeing the whole country run over by the BLM’s incessant takeover. Trust me on this one. Picture an out-of-control government agency — that answers to no one – backed by an army that blindly follows illegal orders – even to the point of murder—and you’ve got yourself a Socialist country; thank you, Bernie Sanders. Deja vu, death camps.

“I see the choir is getting ready to sing, which is my cue to wrap it up. So in conclusion, you can’t rely on law enforcement to uphold the law – Border Patrol? – and so it’s up to each of us to protect ourselves and our families. There may very well come a time when the ‘proactive’ means of defense will come into play in your life, and for that you need to be ready: arm yourself and your family: embrace our Second Amendment to the teeth. Thank you for inviting me and allowing me to speak. A-men.”

“Thank you, Chief New Leaf, for your insight. Yes, I believe it’s better to slay the enemy before he has a chance to slay you. And now, before we hear our fine choir sing ‘Oh Happy Day,’ I’d like to thank Chief New Leaf for being with us on this fine day. And as a reminder, you’re all invited at the end of services at the rear of the church for a cookout where we serve delicious burger and fries. The end of today’s service will be at the end of the song ‘If We Never Meet Again.’ Okay, choir, sing us on out of here.”

“And that’s our cue to bow out, at the end of the last song, so I’ll say our goodbyes, and thanks for watching ‘The Pulse of the Nation.’ Goodnight.”

“Great show, guys. What do you say we stick around for some burgers?”