FIGHT — STAND AND CLOSE THE DEAL 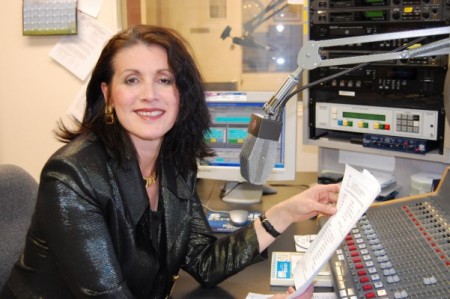 (Nov. 10, 2015) — We must become a red, white and blue ‘T-Rex’-sized Octopus with sticky and angry tentacles and plenty of U.S.-made ink to hurl. It is time to squeeze and squeeze until eyes pop out, while hurling brush strokes of U.S. flags and Holy Bibles on our enemies.

Obama and his anti-American team apparently have the ‘forgetting’ disease, although Obama has not entirely forgotten us ‘high horse’ riders. How inspiring of our president to remind us of our history. It is now time to saddle up all the horses and ride. Our country depends on the masses having a sober focus, fueled by our ‘high horse’ American and Christian genetics.

Mainstream American media – from the mouth of a host, writer and therapist

Mainstream Media people, how does it feel to have reintroduced slavery in America? No…I’m not talking about the white conservatives who hate and want to destroy the blacks as you say. No…I’m not talking about the hypocritical Christians and conservatives who would stand against gay marriage and endless abortion. I’m talking about the loudest and most damning self-imposed slavery there is…you. You have long ago handed over your free will, ethics, patriotism and power to the anti-American left and Obama. Do you like the way it feels to have someone else move your legs, arms and lips up and down? Look at those pointy, long, wooden noses, but in our story you don’t become human. America works around you and you are eventually destroyed. Too bad, so sad. You are not only sellout traitors to America, but you are nothing but treasonous widgets in Obama’s game board and of course…slaves.

Thank our Lord for alternative media who still have suction in their tentacles and own themselves. More and more a judge and court rise up and break loose their Obama shackles. Only recently a federal appeals court dealt a deathly blow to Obama’s attempt to clap his hands and declare amnesty to millions of illegal aliens. Bravo to Judge Andrew Hanen and other judges and courts that are continuing to weigh in against the other UN-Constitutional – clap, Obama hands – decrees, like Obamacare. We can clap our hands as well, Obama.

Both, imposed amnesty and obamacare, were designed to destroy, steal private information, bankrupt and control formally the best health care system on the planet. It was designed to create a desperate nation of health slaves so Obama can have his single-payer, non-health-care system.

Amnesty, which I have been fighting way before Obama and the Bush years, has nothing to do with ‘family values,’ ‘creating jobs’ and helping the poor and needy! It never did.

Trump is 100% right. Amnesty is treason, crushing our economy and national security. Jeb and you other wishy-washy Republicans, listen up. Our self-imposed cult of illegal aliens is importing terrorists, drug dealers, rapists, identity thieves and non-taxpayers. It is filling up our prisons and closing our schools. No matter how many times you speak in Spanish it is still happening. Not securing our boarders and playing “pretend” has just about destroyed America. Without real leadership soon in the White House, House and Senate to finally fix this and stop the legal-gibberish talk, we are so done. Third-world country, here we come, and goodbye to free and real elections.

Courts and judges who are standing for the truth and real law…Bravo. Continue to stand and get your colleagues to do the same. Media…psychotropic drugs can’t help you now. You must throw your slavery pills out and rip the Obama wires and tubes out of your heads.

Most politicians and media have been a big part of the problem. This is your chance and final chance to be a part of the solution. ‘High Horse’ riders are coming, and I intend to be in the front of the line. I am an American. I am a Christian and I am proud of that. Join me. Vote right…pray right and stand right.

Find out more at www.therothshow.com.