“DRAW A LINE AND TAKE YOUR STAND” 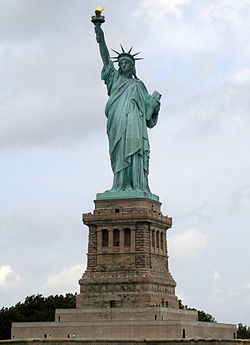 (Oct. 21, 2015) — By now, perhaps the establishment and professional ‘know-it-all’ crowd are finally waking up from their self-imposed sleep. Hark! Could it be that America doesn’t want another well-timed — talking-point politician? ‘DA’ crowd in Washington, Americans see and feel the pain we have been forced into with moral, health, border, economic and freedom betrayals at the hands of Obama and his sellout friends.

The GOP, certain media in radio, print and TV, and establishment creatures act stunned and ready to die with panic at the surging polls for Trump. How could this be?

Note that the other contenders are bad or insincere, but Trump echoes the punished patriotism, hope and pride that Americans still have in our country. He also states in his bold way the obvious which few to zero candidates dare to mention. He highlights the emergency of our illegal immigration surge throughout the country – the real danger and sellout to radical Islam here and abroad – the shamefulness of our broken tax system and its oppression on the people. He sometimes sounds a tinge ‘full of himself’ or arrogant when he mentions his success and ability to create jobs, but he is right. He has created thousands and thousands of jobs and made billions…not by being stupid.

One of the latest attacks on Trump is when he dared to refer to former President Bush and that 9/11 happened on his watch. He wasn’t blaming 9/11 on Bush but it did happen on his watch. Could it have been stopped and why did it even happen? Trump wrote in his own book a few years before 9/11 about the Islamic danger coming to America – not a matter of if but when. Many feel that he was treading on another ‘sacred cow’ – the Bush family dynasty. Trump risks the obvious about illegal immigration, Islam and now Bush. Why weren’t we protected? Why did it happen and why have we had to endure so much deference to Islam from Bush to the present?

Regardless of who gets in the White House this next round, Americans are crying (I am crying) for a person who passionately loves our country and respects God, the people, our founding documents and real history. We haven’t had that for way too long.

We all know that we have ‘change’ agents from hell in the White House who are out to turn America into a new-age, internationalist – Obama–borg creature. Obama demands in his agenda-laden way a nation that submits and obeys — whose assets are controlled and redistributed – whose people are shamed and threatened into silence.

Enemies of the real American core are peppered all through the establishment GOP and Democrat Party. Americans get it now, and growing polls are reflecting that. We are not done, but very soon – sellout traitors and cowards will be. We are sick of the taste in our mouths and the throwup traveling up our throats. It is high time to spit out what has been forced down our throats and start over. America….refuses to swallow any more Obama and establishment traitors.

God is SO not done with America and don’t you let her go, either. America is a light on a hill and she will walk, then run and jump high again. Do not accept anything different. Draw a line and take your stand. Be a part of America’s healing, not her demise.

Find out more about me and my plans at www.therothshow.com.

GOP, Get Over Yourself! We Don’t Want Another Politician added on Wednesday, October 21, 2015