During the newscast that evening, Guthrie told Williams that she had the opportunity to “see and feel” the raised seal on the document which purportedly indicated its authenticity.

Earlier that year, Obama had come under increasing pressure from businessman and real estate mogul Donald Trump, who at the time was considering challenging Obama for the presidency in 2012.  Although ultimately deciding against entering the race, on April 27, 2011, Trump credited himself for having placed enough pressure on the White House to compel the release of the purported document.

“I hope it checks out beautifully,” Trump said at his own press conference following Obama’s remarks to the nation about the release.

Most Americans understand the U.S. Constitution’s requirement that the president be a “natural born Citizen” to mean “born in the United States.”  However, several constitutional scholars believe that the requirement, elevated from simply “a Citizen” for U.S. representatives and senators, speaks directly to the parents’ citizenship and therefore the child’s allegiance.

In August 2011, approximately 250 constituents of Maricopa County, AZ Sheriff Joseph M. Arpaio approached him with a request to examine the long-form birth certificate image to determine whether or not early reports that it is fraudulent were accurate.  Arpaio agreed, commissioning his Cold Case Posse to launch a criminal investigation at no cost to taxpayers.

On March 1, 2012, Cold Case Posse lead investigator Mike Zullo and Arpaio held a press conference to announce that they had determined that the long-form birth certificate image and Obama’s Selective Service registration form are “computer-generated forgeries.”

Maricopa County Sheriff Joe Arpaio on Thursday unveiled preliminary results of an investigation, conducted by members of his volunteer task force, into the authenticity of President Barack Obama’s birth certificate, a controversy that has been widely debunked but that remains alive for the so-called birther movement.

Regarding Guthrie’s claim of having “seen and felt” a raised seal on the long-form birth certificate, Zullo told 1776channel’s Alan Jones in February, “We have no evidence of a raised seal being displayed on that document that Savannah Guthrie supposedly felt. We don’t know what she felt. No evidence that we can determine shows alterations to that paper body indicating a raised seal. Their work flow is a scan of the document. Upon examination there is no evidence of raised seal. We have seen examples of other Hawaii documents with raised seals clearly displayed. According to former White House attorney Bob Bauer, Obama never even handled it, but Savannah Guthrie did.”

At approximately the same time, Brian Williams was exposed as having exaggerated or fabricated incidents which he reported on his nightly newscast, including the claim that a helicopter in which he had been flying in Iraq as a reporter was riddled with bullets from the ground in 2003.

After a six-month unpaid leave while NBC deliberated his fate, Williams was removed from the Nightly News and given an anchor position at MSNBC set to begin on September 22.  The Los Angeles Times reported that Williams was given the position “as a chance for redemption and an opportunity to boost the cable channel’s dismal ratings during daytime hours.”

A subsidiary of NBC, MSNBC’s slogan is “lean forward.”

In an interview with Obama on the fifth anniversary of Hurricane Katrina in August 2010, Williams stated, “Mr. President, you’re an American born Christian,” to which Obama indicated his assent.

Williams then said, “And yet, increasing and now significant numbers of Americans in polls, upwards of a fifth of respondents are claiming you are neither…”

On June 28, 2012, BirtherReport.com posted an article about an observation by a YouTube channel owner that one of the photos Guthrie supplied of the long-form birth certificate appeared to contain the misspelling of “Hawaii” as “Huwaii.”  Embedded in the report are links to different presentations of Obama’s purported long-form birth certificate, one by the AP and two from Guthrie.

On Wednesday morning, this writer found that the links to Guthrie’s “pics” of Obama’s long-form birth certificate are broken and lead to error messages.

In June 2012, Guthrie was promoted to co-host of the NBC “Today” morning show, a position considered a “plum gig” by others at the station.

A similar result occurred after following a link from a May 14, 2011 WND article to Guthrie’s Twitter feed containing a link to her so-called “pic” of the birth certificate on April 27, 2011. While no longer clickable, copying and pasting the link in a new search bar results in another error message. Guthrie’s name at the top left corner of the tweet remains interactive and when clicked, leads to her Twitter feed (featured graphic at top).

A link in BirtherReport’s article to an “AP version” of the long-form birth certificate posted at ABC news remains intact.

1776channel’s report contains one of the images Guthrie said she took of the long-form birth certificate paper copy which does not appear to contain a raised seal.

A link at the bottom of the May 2011 WND articleto “a photograph of the document, in which a raised seal can seen but not clearly read.” [sic] opens to a similar, if not identical, error message as that which resulted from the BirtherReport.com article. 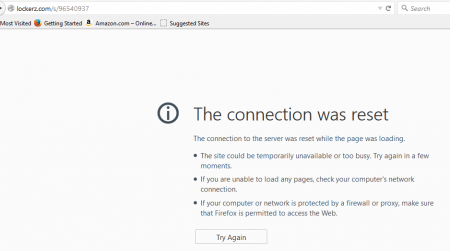 Recent “news” stories have stated that “misperceptions persist” about Obama’s “faith” and birthplace.  Two years ago, when Yahoo! News reported that Obama was born in Kenya, The Washington Post was quick to ridicule the writer even after a “correction” was issued.