“TRAVELING A TRAIL TO DESTRUCTION” 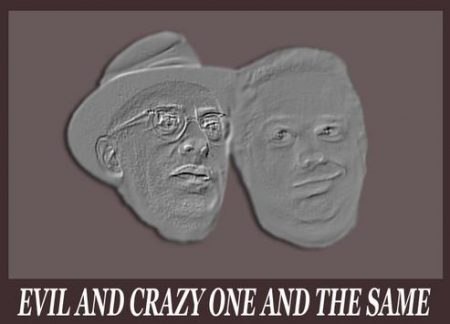 (Sep. 16, 2015) — There was a time when Glenn Beck found himself sprawled on his kitchen floor wallowing in a brew of booze and vomit.  He reminisces, with his viewers, those days of self-indulgence which were mired in drugs and Jack Daniels. He has referred to those times as the worst days of his life.  They may well have been just that, but lately, it appears he is once again traveling a trail to destruction.

Something has happened to Beck. Something very strange.  Very, very strange.   If he is not secretly back on the booze or pickling his brain with substances from little orange containers he has found in his medicine cabinet, maybe he should be.  Because whatever he is up to, it’s not looking good.

If you watch what he has been doing to his organization, his employees and most importantly, his fan base, nothing except total insanity could explain it.  It started this trend a few years ago and it has been intensifying.  His activity now is not entirely new for him, it’s just more extreme, nastier and more incomprehensible than before.   Glen Beck is heading towards the edge of reason and it is not likely that anyone in his organization has the nerve to confront him about it.  They will all eventually join him in his cascade over the cliff.  His actions and his lack of perception can only be described as suicidal.   It can be seen in his eyes, in his facial expressions and in his almost unintelligible remarks.

Many may not be aware of what Mr. Beck has been doing.  It is not something anyone could imagine would be coming from him.  He is alienating everyone, every group and every concept that have been the backbone of his support and the impetus of his growth as a national figure. These are but a few of those things:

So let us take these items one at a time and see just where Mr. Beck is now.

He preached about protecting the Constitution.  This is the first area where his rhetoric and his actions began to part ways.  It is very clear what our Constitution says about the requirements needed to hold the office of the Presidency.  History is vibrant with information and documents written by the founders which confirm that Obama is not eligible and is illegally in office.  Glenn Beck has never acknowledged this fact and began his attack on true Constitutionalists, many of whom were Tea Party supporters, who had the audacity to ask that that issue be addressed.

He has spent hours with his cuttlefish radio partners belittling anyone who wanted the Constitutional requirements of this country adhered to. And when Mr. Trump challenged Obama to show his birth certificate and thereby creating the need to produce something, he forged one.  Mr. Beck came out in Obama’s corner and refused to even look at the facts concerning that fabricated document.   What were these facts?  Every document expert in the country reported that the Birth Certificate was a rushed production, was a poorly researched forgery, and was most likely manufactured by youngsters who had no concept of terminology deviations or hospital name changes.  Perhaps because Trump was the guy who made not only Obama, but his new best bud Beck look like fools, this smoldering hatred has metastasized.  We may never know.

He was one of the first people to expose the Republican establishment….  Of course Glenn was not only one of the first to say this, he was spot on.  But does he really believe it?  Apparently not.  His vicious and inexplicable attacks on Donald Trump are astoundingly contrary to his earlier statements about what this country needs.  That would be, someone not indebted to special interests, someone who will never kowtow to the press or the Republican establishment, someone who is neither Republican nor Democrat and most of all, someone who has never gone back on a promise.  In other words he is not a politician.  If Glenn were not drifting into the loopy side of insanity, Mr. Trump would appear to be just what Glenn says the country needs.

He was one of the first to inform America about Cloward, Piven and Alinsky.  Glenn has provided for us information about the tactics and the goals of these people and those who follow that doctrine.  It now appears that he has learned all too well how to implement their tactics and is using them not on the Progressive left but on true Conservatives and Tea Party groups.  Much as Alinsky espoused, Glenn is trying to isolate and degrade anyone or any group that supports Trump or believes that Obama is an unlawful President.  Beck has been calling Tea Party people racists.  Does that sound familiar to anyone?

He was a big supporter and promoter of the Tea Party.  Well, well, have the times changed.  Those who supported Glenn went to his rally in DC, even though most who went had no idea what it was about before they went, and even less after it was over.  Those supporters are now his enemies.  In his crumbling world, it’s not okay to disagree with him. He has made that perfectly clear and he has made it equally as clear he has no problem with the tactics of Alinsky.

We have canceled our subscription to all of Beck’s shows and websites.  The Blaze has been removed from our favorite News and Blog Page.  I refuse to promote or infuse money or support to a man who is clearly working contrary to my Conservative beliefs.

One Response to "Alinsky and Beck pb"