“AFRAID OF THE TRUTH” 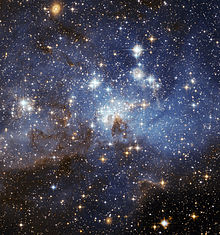 (Sep. 16, 2015) — “Good evening, ladies and gentlemen. How about this rain? We were supposed to meet Professor Asterisk, the renowned astronomer, to discuss near-earth objects, but the most we could go was 20 mph with the wipers on high, so we arrived a little bit late. Sorry about that, so we’ll just waylay a few of these students to see what kind of trash they’re being indoctrinated with these days.

“What? Oh, sorry. We’ll just ask a few of these students what they think is going on with the world these days.

“Excuse me, got a minute? Roving Reporter here.”

“I know who you are. You’re that racist. You don’t even think president Obama is a Christian or eligible to even be in America. You think he’s some sort of patsy hired to destroy America. I’ve heard you say that he’s a Muslim, our enemy, and should spend, along with our great, capable and admired former Attorney General, Eric Holder, the rest of his — your words — ‘worthless life’ in a cage down in Guantanamo, Cuba, the land of Blissful Communism, where the rich got their just dues and have to live like everyone else.”

“Hold your horses, lady. All I was going to ask you was where the Astronomy Department is. It’s not listed here.”

“There’s more important things than star-gazing. Why, there’s people who don’t have jobs.”

“And there’s people who couldn’t diagram the sentence ‘Jane threw Spot the ball’ if their life depended upon it after four years of high school, or college, for that matter. Or speak English, even though they’ve lived here for 30 years.”

“So what? Who cares about sentencing diagramming? What good is it? You can’t eat it. You’re just a Capitalist Pig. Power to the people!”

“Who can’t diagram a sentence or speak English. It’s called ‘communication,’ and once a country loses its ability to communicate, its days are numbered.”

“You think you’re so damn smart. You were in a war and killed people; I’ve heard you brag about it, like it’s some macho thing to brag about.”

“So you think the world is a bed of roses, do you? Then why don’t you get on over to Syria and join ISIS and learn real quick how the world really is when the inmates run the asylum. You’d never come back, you know. None of them ever do. Gone forever to be sold as sex slaves, tortured and murdered just for the sake of it. No purpose; no reason because their isn’t any under Sharia Law. A land where common sense and reason went out the window 1,400 years ago.”

“They invented the ‘zero.’”

“An Arab, who wasn’t a Muslim, by the way. Way before Islam. Nice to have discussed world events with you. Get on your way, and if you need any help with that plane ticket, I’ll help.”

“Ah, here comes an interesting one.

“Sir, yes sir, and you must be former Army Intelligence; after all, I am in uniform and have this big ‘ROTC’ armband on. Yes, sir.”

“Oh, boy, another one. Okay, Mr. ROTC, is that piece loaded or is it just for show?”

“I learned it from watching your show, sir. You said that whenever you stood guard duty you’d be ready to ‘guard.’ Well, I’m ready: round-chambered, safety ‘ON,’ plus I’ve got this cleaning kit with me, so I can always say, ‘Ooops, sorry, I was cleaning my piece when it just went off by accident. Imagine that?’”

“Well, good for you. What do you think of ‘same-sex couples’ in the military?”

“No, we’re not live. We just say we’re ‘live’: we tape the show, rush back to the studio and edit the daylights out of it. Now, about the queers in the military?”

“We don’t like them. We don’t want them. All they do is complain and whine, stuff like ‘I’m being picked-on because I’m gay.’ ALL the time, day and night. Whine, whine whine. They’re never satisfied. Always complaining about being ‘singled-out’ and being ‘picked-on’. I’m telling you, it gets to be a real pain.”

“What about women on Navy fighting ships and boats?”

“You mean submarines, right? That’s what the Navy calls boats, right? No way. Look, if girls want to sail, let them join the Coast Guard. No women on blue-water front line fighting ships, or subs/boats, for that matter.

“Wait! About the Coast Guard. I’m not saying women can’t do the job, but I am saying that women and men out in the middle of nowhere isn’t what I’d call smart. Smart is being combat-ready as soon as that klaxon sounds. As soon as General Quarters sounds. No women on ice breakers, too.”

“What’s your views on women in combat?”

“Women as MP’s on bases would free up men for combat; does that answer your question?”

“Yes, thank you. What about Obama as your Commander-in-Chief?”

“Since this is off the record, I’ll tell you the truth. The Pentagon is our real enemy. I hear you say that Islam is the enemy, and it is, but our closet one is the career desk jockeys who will sell their Oath (and have) out the window for a promotion.

“Starting with the Rules of Engagement which help the enemy and hinders us, and then closing bases and making our military weaker by making it smaller, and appointing incompetent people to run the whole show, from the Secretary of Defense on down, is a cluster-mess. A ROYAL one at that.”

“Someone’s got to, is the way I see it. We’ve no place to go. America is the last stop, and if America goes, it’s the end for everyone. This Sanders and Obama and Hillary sickness has to stop at some point or we’re finished. When I say ‘we’re’ I’m talking about this wonderful experiment called ‘FREEDOM’ will have been extinguished. Oh, the Muslims will love that, now, won’t they? No freedom of speech, because someone just might tell the truth, and they fear that more than anything in this world.

“’Honor killings’ so old men can have an excuse for young wives. That’s what Islam is all about, and all the rest is just a bunch of bull to hide that fact. Old men sending young people to kill for them. Old men making up grandiose feeble excuses to riot, jihad, kill just so they can keep those young girls in their bed. And that’s the only meaning and sole purpose of why Islam exists: just an excuse for old men to have young women. It is not uncommon for a 60-year-old man to ‘marry’ a 16-year-old bride, or even younger.

“Muslims fear the truth; they’re afraid they would be exposed so the world would see their hypocrisy. Afraid of the truth; if someone is afraid of the freedom of speech, they have something to hide. Islam: old men afraid they’ll be caught with a girl young enough to be their granddaughter. That’s it, in a nutshell. That’s all there is. There has never been anything more to Islam, and there never will be. Old men desiring very young girls, and Islam gives them the Green Light.

“Western Civilization calls it pedophilia: child molestation. What do you call it?

“Got formation in 5 minutes. Bye.”

“Hey, thanks for talking with us. Wow, that was some interview. This is your Roving Reporter saying goodnight. Goodnight.”

“Good show, guys. That burger we had at the cafeteria was pretty good last time. My treat.”