DISINFORMATION AND COMPUTER HACKS KEY FOR OBAMA IN THE ELIGIBILITY BATTLE 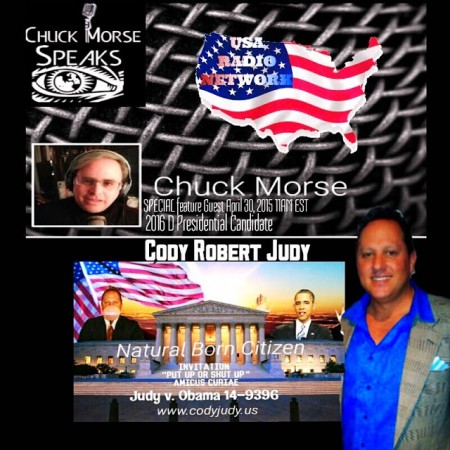 (Apr. 30, 2015) — Disinformation and Computer Hacks Keys for Obama in the Eligibility Battle Being Fought in The U.S. Supreme Court as well as diversions set just so Americans will take their eye off the ball and fumble the very case that has the potential to dismember an illegal Executive Branch.

A very big story was written by Sharon Rondeau, Editor-In-Chief over at The Post & Email here, and was printed with permission at Birther Report here.

It is important to realize that, you know, there just isn’t a lot of experience happening at the Supreme Court of the United States when it comes to Birther Cases or the Article II Eligibility Qualification Requirements for the Office of the President. These things don’t happen very often with Presidential Candidates themselves taking other Candidates to Court claiming damages to their Campaigns because some Candidate is violating the Constitution’s Qualifications for Office.

Now have we been alone in the matter? The answer is “No.” In fact, many have looked upon the same-sex (SS) Marriage (SSM) fight happening that was just heard in the United States Supreme Court yesterday as a seven-year battle. In fact, there is an article printed at the Salt Lake Tribune called “The little gay-marriage case in Utah that roared and made history” citing Kitchen v. Herbert and the denial of certioari in seven appeals from five different states.

The one case that has been heard is a combination of cases brought to the Supreme Court in Court Case Numbers 14-556, 14-562, 14-571, and 14-574 under James Obergefell et al, Petitioners v. Richard Hodges, Director, Ohio Department of Health. Now what I really want to point out in these cases that seems to be the problem or disinformation that is being used against the ineligibility case against Obama is in the question:

CAN AMICUS CURIAE BE FILED IN THE SUPREME COURT BEFORE CONFERENCE?

The disinformation campaign is telling people who are seeking those who are qualified to file “NO.” The Amicus Curiae Brief, or “Friend of the Court” if you look at the docket of the SSM Case Obergefell v. Hodges, has no fewer than three “Briefs of Amicus Curiae filed before it went to Conference in the U.S. Supreme Court after it was docketed November 14, 2014 and the Response stated was due December 15, 2014 :

After it was distributed to conference and consequently “granted,” meaning the Case would be heard, no fewer than 140 Amicus Curiaes have come in. Of course everyone gets excited when the Court agrees to hear a case, but what was the impact of those first three that took a chance and filed before it even went to conference?

This just gives us a little idea of how things were run on the track and what plays were made by whom in that particular Supreme Court Case of the United States. You may also notice on that Docket Case the “Consent to the filing of Amicus Curiae Briefs was filed by Respondents December 8th, 2014.

Of course in that case, the Respondents were expecting some very big, high-profile and notable Amicus Briefs to be filed with the Court which would undoubtedly compel attention, and it did.

Tomorrow morning I will be a guest on the CHUCK MORSE SPEAKS show discussing this case and some of the harrowing trials that are coming right along with it that people just don’t see. For instance, it is an incredible state of stamina that we have had to pursue in the entire course of this race since 2008 when I filed the first of what is now thirteen cases in court trying to get a court to hear it.

It is just unbelievable that all the courts have even refused to give so much as a hearing on this vitally important national security concern, as if they had no part in shaping and also shouldering much of the blame in retrospect, that indeed there is a check and balance decidedly directed towards the Judicial Branch as a check and balance of the Executive Branch of Government as well as the Legislative Branch.

Believe me, there are scores of attorneys reading, ingesting, and dissecting this argument. In fact, before the story at The Post & Email came out and only two days after it had been uploaded, the Petition for Writ of Certiorari I submitted had 777 reads on Scribd and after the story, 2,666 reads. Lawyers and scholars are the only ones who give a hoot about reading what most Americans would call gobbledy-goop and can’t pronounce these documents, much less make any sense out of them.

Breaking News: Eligibility Battle Being Fought in the U.S. Supreme Court Demands We Stand Up, Not Stand Down added on Thursday, April 30, 2015