(Jan. 8, 2015) — On Tuesday, BuzzFeed News reported that it found that potential 2016 presidential candidate Dr. Ben Carson lifted passages virtually word-for-word from various sources in his 2012 book, America the Beautiful:  Rediscovering What Made This Nation Great.

Carson is a retired neurosurgeon and Director of Pediatric Neurosurgery at Johns Hopkins Medical Center in Baltimore, MD.  He was raised by a mother with a third-grade education and no father in Detroit, MI before attending Yale University on a full scholarship, majoring in psychology.

Carson is known for performing the first successful separation of conjoined twins who he stated were “joined at the back of the head.”  He is author of at least six other books and in 1994 began a philanthropic organization, the “Carson Scholars Fund.”  He recommends extensive reading, especially for young people, in order for them to become informed citizens and make healthy life choices.

In one case of plagiarism cited by Buzzfeed, Carson lifted the precise text written by the owner of a website about socialism who affirmed to Buzzfeed writers that he wrote the words in 2002.

In some of Buzzfeed’s examples, including a CBS News article on a court ruling on the National Day of Prayer, Carson used whole phrases, sometimes with minor changes from that which his source had presented.

In February 2013, Carson made national headlines after giving a keynote speech critical of Obamacare at the National Prayer Breakfast as Obama and Biden listened.  Afterward, Carson reported that the White House demanded that he apologize to Obama, which Carson said he declined to do.  Carson later revealed that he was audited by the IRS for the first time following his speech at the National Prayer Breakfast.

Buzzfeed noted that Carson attributed some of the material to the rightful authors but did not place the material copied exactly from the source(s) in quotations with such attribution.

One source, Bill Federer, said that Carson’s use of his work without direct attribution is “fine,” as Federer reportedly stated in the book which Carson used that he “grants permission to duplicate text as long as proper attribution is given.”

As The Post & Email has reported, any material used word-for-word from another source must be attributed online with a link to the original source and set off with quotation marks or by indentation.  Any offline source must be cited by a footnote, endnote or directly following the quotation utilized which includes the name of the publication, the publisher, year, author, and page number.

After reviewing various sources for an article, a writer must rephrase the information he or she has gathered so that the same understanding is conveyed, but different words are used.  In writing and English classes, an instructor would teach the students to “put it in your own words” so as not to plagiarize.

Buzzfeed cited Carson’s “book,” presumably the same “America the Beautiful,” in which he acknowledged unknowingly plagiarizing in a paper written for a psychology class in which he rhetorically asked, after relating that the professor spoke with him about it and gave him the opportunity to rewrite his work, “Is ignorance an acceptable excuse for unethical behavior?”

A large movement to draft Carson to run for president began after he retired from Johns Hopkins in June 2013, spearheaded by John Philip Sousa IV, the great-grandson of well-known composer John Philip Sousa, who wrote numerous patriotic marches for band and is known as “the March King.”

John Philip Sousa’s works include “The Stars & Stripes Forever” and the familiar “Our Director” march.  A detailed article in the Library of Congress on Sousa’s life and works by the late renowned band director Frederick Fennell reminds this writer of two occasions under which she played under his baton, just as Fennell related in his essay that he had played under Sousa as a high school student.

Sousa IV has raised over $12 million with the political action committee he formed to urge Carson to declare himself a candidate.

Buzzfeed reported that Carson’s literary agent at HarperCollins Christian Publishing responded to its report of plagiarism, ““If it is determined that additional citations or attribution are required, the appropriate revisions will be made in subsequent printings,” said Carson’s literary agent. “We have been in contact with the author and agent and will work with them to review the given information.”

In 1987, when still a U.S. Senator, Joseph Biden, now putative vice-president under Obama, admitted to having taken information from a “law review article” and reproduced it in an essay during his initial year of law school at Syracuse University of Law.  In a run for the presidency, he blamed political opponents for publicizing the plagiarism incident, which The New York Times reported that Biden’s academic file noted that he “used five pages from a published law review article without quotation or attribution.”

Long-time, well-known writers have been accused of plagiarism.

Commentator Monica Crowley, who holds a Ph.D. in International Affairs from Columbia University, has also been accused of plagiarism in 1999 in an article published in The Wall Street Journal entitled “The Day Nixon Said Goodbye.”  Crowley is a former foreign policy adviser to the Nixon White House.

The Post & Email has had its work plagiarized and published without its permission at Newsvine, an NBC-owned website, with the author’s name changed from “Sharon Rondeau” to “Scary Eskimo,” a phenomenon known to have been done by Obama supporters known as “Obots.”  The name of the publication was also changed from “The Post & Email” to “Patriots and Eskimos.”

The Post & Email has contacted both Sousa and Andrew Kaczynski of Buzzfeed for comment on the revelations contained in the Buzzfeed article.

The Daily Caller reported that Carson’s literary agent, Sealey Yates, provided a statement to their publication which said, in part:

The Carsons, in writing this book, did everything that they thought they were supposed to do to provide the source material for their book,” Yates said. “And both in terms of footnoting, providing attribution, as best they could. They delivered a completed manuscript to the publisher and they then relied on the editorial staff, which every author does. 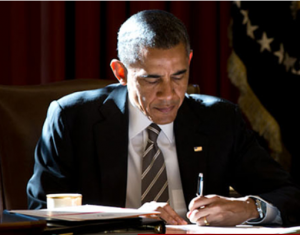 Unlike other potential presidential candidates, Carson has raised questions about Obama’s purported attendance at Columbia University after having been a reportedly poor student at Occidental College, where Obama is said to have spent his first two years of his undergraduate degree.

In an update on Thursday, Buzzfeed reported that Carson offered an apology in which he stated, “I am working with my editors to rectify the situation.”  His publisher also indicated that additional citations would be added to subsequent printings of the book.    Federer also reportedly told Buzzfeed that he believed its account of the lifted material was “grossly misrepresented.”

Carson has been called “the New Ronald Reagan” by a biographer.

In November 2013, Buzzfeed reported that Sen. Rand Paul had plagiarized work from several public policy research groups in his book, Government Bullies:  How Everyday Americans Are Being Harassed, Abused, and Imprisoned by the Feds.

According to The New York Times in 2010, plagiarism has become more common among university students as information readily available on the web is not always viewed as proprietary, copyrighted and requiring attribution.  In February of that year, New York Times reporter Zachary Kouwe resigned after it was found that he copied passages from articles published by Reuters and The Wall Street Journal without properly attributing them to their sources.

In 2003, NYT reporter Jayson Blair resigned after “leaving a long trail of deception.”

Last year, U.S. Sen. John Walsh of Montana was found to have plagiarized the work of many online sources in the essay required to complete his Master’s Degree from the U.S. Army War College.  Walsh withdrew from his 2014 campaign after the revelations became public.