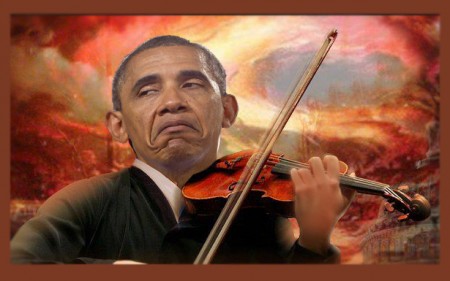 (Dec. 5, 2014) — But maybe that’s a good thing. When he’s in Washington he fuels the burning with division and hatred, casting Christians, Jews and Conservatives as villains. We see how he has total disrespect for the Constitution and our Judeo/Christian values. Our Pledge of Allegiance says we are One Nation Under God. So, shouldn’t we have a president who respects the Judeo/Christian values upon which our nation was founded?

CALL TO PRAYER IN AMERICA
FDR was also a progressive, big government president, BUT, he respected our Judeo/Christian heritage which makes us One Nation Under God. This is from a speech given by FDR to the nation, D-Day, June 6, 1944:

“Almighty God: Our sons struggle to preserve our Republic, our religion, and our civilization…I ask that our people devote themselves in a continuance of prayer… invoking Thy help…Almighty God.”

CALL TO PRAYER IN THE BRITISH EMPIRE
In May of 1940, four years prior to D-Day, some 30,000 English soldiers were backed up to the English Channel as the German army overran France. King George VI called the entire empire to a National Day of Prayer, seeking God’s help for the soldiers and the nation. What followed shows the power of prayer; three distinct miracles:

First Miracle:
Hitler inexplicably disregarded his generals, ordering a halt to their armored tank columns when they were only 10 miles away from annihilating the British.

Second Miracle:
As the German tanks came to a halt a violent storm grounded the Luftwaffe, protecting the British while help could be arranged. Obviously, Hitler had not taken into account the One who controls the weather!

Third Miracle:
While the storm raged over France, a weather phenomenon occurred. The English Channel became eerily calm, allowing a ragtag armada of ships, large and small, to go back and forth until the soldiers were rescued.

Today it is militant Muslims who threaten ‘our religion and our civilization.’ But there is no FDR in America today. Instead we have a president who coddles Muslim terrorists and threatens Christian protesters.

WHAT IF SOMEBODY DID SOMETHING?
Don’t expect change to come from either Democrats or Republicans. If we truly want change, it must come from us, the people of faith, bringing God back into our society.

What if we didn’t make secular shopping and parties the center of our Christmas this year? What if we joined together in communal prayer, calling on our one true God to intervene? If we come together as a nation, praying with the same fervor the British did, God will hear, and He will not forsake us.

God bless all of you this Advent and Christmas.