CAN’T AFFORD TO GET THERE 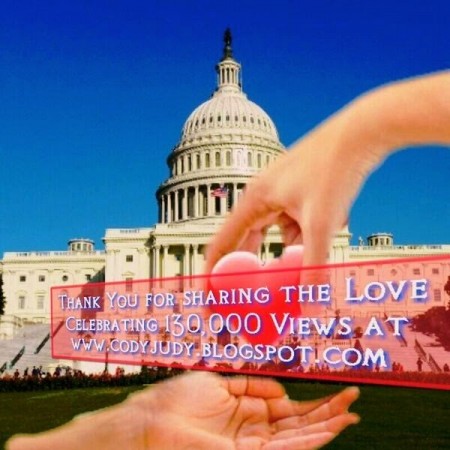 (May 18, 2014) — For many more people the ineligible occupant of the White House is becoming exposed. The 2011 Cold Case Posse of Sheriff Joe Arpaio has done the public a great service in the investigation that has spanned more than 32 months revealing that the long form birth certificate of Obama’s is a fabricated or forged identification fraud as well as Obama’s draft registration. Obama didn’t do all of this on his own. At this point, I think that is fair to say, and this is the core of the continued criminal investigation of the Cold Case Posse of Sheriff Joe Arpaio.

There have been many people involved in assisting for whatever justifications; money, power, an agenda, maybe even a privilege or two, but the bottom line is there is a complicity of a whole lot of people in this cover-up which because of the scope of the 2008 Presidential Election and the 2012 Presidential Election in defrauding the vote make this the largest criminal act in history based on the actions upon innocent people.

Had the truth been known what every that is, and it is still in the process of an investigation as far as identifying culpable persons, as we know from Sheriff Joe and lead detective Mike Zullo, Obama certainly would not have been elected and by that action the Nation would not be on the path it is now.

The nation is witnessing a revolt of the presumed authority of Obama. As soon as Sheriff Joe and detective Mike Zullo got into this and concluded that a fabrication had indeed taken place they stopped calling Obama, “President Obama”. The title of President is only congruent with an eligible person of Constitutional principle or qualification. Acknowledging Obama as “President” is now seen as an agreement of fraud, forgery, and false identification, actually whoever Obama’s father is or wherever he was born.

That knowledge has spread over the last 5 years along with scandal after scandal after scandal costing literally the blood of Americans and the fortunes in Billions if not Trillions. Politicians in Washington DC are unmoved as if there is no difference between a right path and a wrong path. They act anyway as if the path would not be any different no matter who was in office, a strange metaphor used by former President Bush before he left office.

Operation American Spring has punched through media headlines even though it has been to point out that not to many supporters have gathered in Washington DC. God Bless those who are there and can be there.

The point of this report is to really alert you of the need for your help. Guess what, you don’t have to go to Washington DC to help. In fact many have headed to their state capitals and if that didn’t work out they have headed to their local overpasses protesting this usurpation and the dregs of it understood to be scandals.
There is another point of concern that I must bring up from a Candidate for President’s point of view over 2008, and 2012, and 2016.

Freedom isn’t free, and not supporting a candidate that has held your ground, the Constitutional ground on the eligibility of not only Obama in 2008 and 2012, but also McCain in 2008 so that the Main Stream Media had absolutely no claim on the principle of the constitution being ‘racist’, one of Obama’s greatest tools with the Media in procession, is the biggest factor we can collectively consider causing Washington, DC Politicians to falter on taking a stand against Obama in the U.S. House and U.S. Senate.

I just made a comment in The Post & Email whose editor has been the most gracious in all of the United States of America. Sharon Rondeau of The Post & Email really in my opinion ought to go down in history and receive journalism’s highest award. As a watch-dog unlike any other in the greatest crime spree in American history she has published as an editorial well over 50 Feature Editorials I have written.

She has been a featured guest at Operation American Spring as well as many other movements and is very honored within the Birther Movement. I say this to declare to the Birther Movement that if I had the money to get to Washington, DC I would have been there. Over only the last month eight Featured Editorials I’ve had at the Post & Email two of which included and featured Operation American Spring have well over 10,000 likes on Facebook alone.

That doesn’t include the people who didn’t “like” it on Facebook. This has been essentially free on my blog and the contribution link is right there after every blog and not one dollar has been collected as a contribution, did you read that right? Yes, not a single dollar.

Now the Post and Email features many editorials, but the reason they have featured mine at all is for only one reason. I am a consistent candidate for President who has standing that has held up the principle as a standard, with standing, regardless of party or race. Can any of the Mainstream Media, the Blaze, or Fox claim that standard of journalism for the public interest?

Now it doesn’t matter what you think of Politicians in Washington, DC right now you know “contributions” perk their ears right up. An unemployed bum who’s not working and begging for change on the corner can collect more then I have from support within the Birther Movement, Tea Party, and Operation American Spring attendees. How do Washington DC Politicians see this?

Now before you go and say, “Cody, this is so self-serving. This line of thought that you want us to donate or contribute $1, $5, $10, or $2500,” I want you to think for a minute who you are dealing with in Washington, DC. You’re not dealing with the baker, who bakes your bread, or the butcher who cuts your meat, or the mechanic who fixes your car but you find it necessary to support them for those things you need and things you want.

You remember when Sen. John McCain was running for the U.S. Senate this last time and the “fence” was the issue as far as enforcing the borders? All Sen. John McCain said was when the issue threatened to destabilize him in his race? He hopped on the bandwagon, didn’t he? He said, ‘Ok, we’ll build a fence’ and he won. What does that show you in BIG BRIGHT RED NEON LIGHTS? When politicians are threatened with competition for contributions an idea they didn’t support before suddenly WILL CHANGE!

If you don’t think a politician who has actually taken a stand for “your ground” is important for ALL THE POLITICIANS in Washington, DC to see, you’re being fooled by someone else who wants your dollars for their own selfish purposes.

That’s all DC Politicians see! For all the people who have supported The Tea Party, Operation American Spring, or anything under the sun, your lack of support to a politician in the same race as Obama standing the ground since 2008 against McCain and Obama in 2012 is speaking much more about you then you’re going to Washington, DC on two hundred dollars of gas, and fifty dollars worth of food is.

Operation American Spring Breaking News: DC Politicians Can Be Persuaded But Are Now Laughing at Presidential Candidate added on Sunday, May 18, 2014