The Horn of Plenty

IS THERE REALLY A “WAR ON DRUGS?” 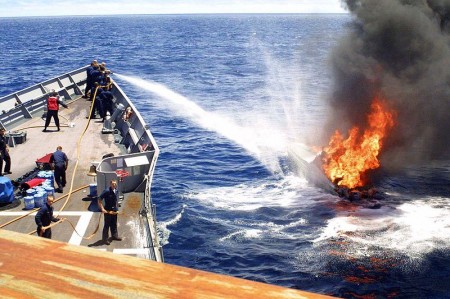 (Feb. 25, 2014) — Somewhere in this world is a very large door, very large, the largest door even you or I can even begin to imagine. It’s a jumbo, gargantuan door. Take your Mothra, add a Godzilla and double it, if you dare to. Now you are beginning to visualize this door, and that is good, because in order to understand what this editorial is all about, you just have to understand that we really need one big door.

Okay, so we have this door, but what is this plus-sized door for?  What goes through it? What goes in, and what goes out?

The simple answer is that drugs go in, money goes out. Drugs are gathered from all over the world:  Afghanistan, Laos, Colombia, Oregon, Mexico. Thousands, millions, billions of dollars come out of that door that pays for more drugs to be cultivated, harvested, transported, that will eventually end up as DOPE in human brains (we include marijuana as DOPE).

The engine that drives this whole billion-dollar drug business is profit. Some of this profit goes back into cultivation and distributing, some goes for colossal extravaganza waste and some goes to buy weapons to kill us. That’s right, a percentage of drug money funds the people who are murdering Christians and plan to do the same to you and me. Our druggies are paying to have themselves, along with the rest of us, killed. I think that about sums up the whole ball of wax.

Drugs pour through this very large door and go to the United States. It is true that some of these drugs go to other countries, but, by and large, most of the drugs in the world end up as DOPE for us Americans. Traveled south of the border lately? They hate us, for we are ruining their agricultural economy by forcing them to grow the ingredients for the drugs that sell in America rather than crops for food for the people of those countries. A cash crop for many countries is what sells in the drug economy of the USA. Money talks: drugs trump food.

We’ve all heard about “The Golden Triangle” and “Tiger Airlines,” just as we hear, at every election, that our law enforcement is asking us to fund even more money to fight the “drug war.” Guess what? There is no “drug war.” The drugs are the sacrificial lamb: the war is against the Bill of Rights and the Constitution. The “war” is about confiscating our guns, denying us the right to assemble, free speech, and the right against unreasonable searches and seizures. Drugs are the excuse to violate our Constitutional rights; the “red herring,” “sleight-of-hand” SWAT teams attacking just because they can get away with it.

That’s right: when the out-of-control police are arrested, tried and convicted for Constitutional abuses and murder, then there will be a new beginning of having the Constitution as the law of the land. When law enforcement isn’t in bed with the drug business, when our borders are secure, when the laws are enforced, we’ll get our America back. Until then, every day is bringing us closer and closer to look and act exactly like the Gestapo Goons that ran roughshod over the citizens of Germany in the 1930’s.

One Response to "The Horn of Plenty"