TO CITY OF ATHENS TENNESSEE CHIEF OF POLICE CHARLES ZIEGLER:

I am demanding the immediate arrests of actively licensed Tennessee Attorney Jeff Cunningham and Sheriff Joe Guy. Both men are responsible for nurturing and provoking ongoing threats against my life in this community of Athens, Tennessee.

I plan to present myself in your office in the Athens Tennessee Municipal Building, 815 North Jackson Street, tomorrow morning at 1030 hours local (EST), Monday, 3 February 2014 to file an oral criminal complaint naming Mr. Jeff Cunningham and others to include McMinn County Sheriff Joe Guy as responsible for criminal exploitation, criminal facilitation, and criminal participation in the following anti-military, anti-veteran government criminal enterprises: 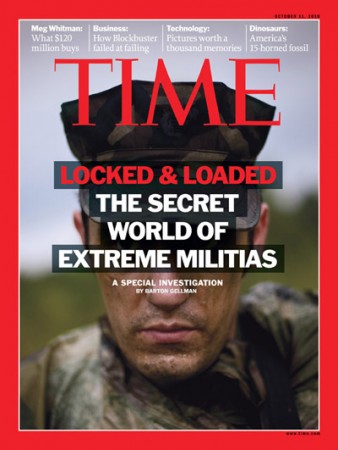 These outrageous campaigns came into existence to defeat and crush military veterans and other conceded citizens discoveries and sure exposure regarding Tennessee criminal court judges rigging grand juries and trial juries going back scores of years.

These heinous and malicious campaigns have resulted in the first successful “minority report ~ thought crime” prosecution in United States history targeting a Navy veteran, Mr. Darren Wesley Huff, who stood up to and stood expose with other veterans massive government corruption. CLICK HERE!

Mr. Jim Miller was in possession of this information in July 2010 and it got him killed in a government backed gang style hit.

I’ve been expecting the same fate ever since.

Killian’s continued onslaught naming veterans just as myself who are standing up against massive government corruption is best evidence.

Here I invite as many witnesses as choose to do so to attend my meeting with you and record my report as their time and interest allow. This may require the use of one of the large conference rooms available in the Municipal Building complex. Heads up.

I will audio record my oral report. Should I be obstructed in recording my report to you or one of your officers, I will leave. If witnesses who choose to show up are turned away I will leave.

I take these actions for my own protection.

My oral report tomorrow extends the life of every other criminal complaint I’ve filed over these past few years regarding the same criminal enterprises.

I will write and file a follow up criminal complaint based upon the audio recording from tomorrow’s meeting.

Thursday, 30 January 2014, during oral arguments in the case of U.S. v. Darren Wesley Huff held in the federal 6th Circuit Appellate Courtroom in Cincinnati  Ohio, Assistant U.S. Attorney Luke A. McLaurin named me, FOR THE FIRST TIME, as an active plotting participant and leader in what continues to be described as a planned courthouse takeover and take down using bombs and guns in a local Tennessee community: MADISONVILLE, Tennessee.

McLaurin’s words are heard at the end of this hot link recording that runs approximately 40-minutes: CLICK HERE.

For a number of years I’ve attempted to report WILLIAM C. KILLIAN (LINK) to federal grand juries and Tennessee State grand juries. I’ve attempted to report government corruption to various federal and state law enforcement officials and agencies and report that WILLIAM C. KILLIAN (LINK) is one of the main players and perpetrators behind The MADISONVILLE HOAX (CLICK HERE)!

I am able to report for these many years connections between local Tennessee law enforcement officials and McLaurin under Killian as criminal conspirators who continue to falsely and maliciously accuse me in the present day of planning and attempting a violent domestic terrorist attack against government personnel and property.

McMinn County Sheriff Joe Guy has trained his deputies to this effect since 2011.

Their original lies were progeny to the MADISONVILLE HOAX!

Killian has personally and expressly denied me permission to report the results of my investigation into the background and execution of the MADISONVILLE HOAX to include information I possess going to the murder of Mr. Jim Miller in July 2010. See attached .pdf record #2.

Licensed Tennessee Attorney Jeff Cunningham posturing as an illicit “non-juror” grand jury foreman personally blocked me from reporting my information to the McMinn County Grand Jury on five separate occasions in each of the past three years: 20 November 2012, 19 February 2013, 19 March 2013, 17 December 2013 and just two weeks ago on 21 January 2014.

On Friday, 20 September 2013, Tennessee State Attorney General Robert Cooper declared that Tennessee licensed attorney Jeff Cunningham is not a juror as recognized by Tennessee statutes representing that Cunningham’s participation in any grand jury proceeding is illicit and has been since 2012. See .pdf attachment #4, bottom of page 13.

This past Friday, 31 January 2014 I called to arrange an appointment with internal affairs deputies to make my report. I gave until the close of business Friday to respond. There was no response. I recorded the call attached as .wma audio file #5.

After my meeting with you tomorrow I will proceed to the McMinn County Courthouse seeking a protection order against Cunningham.

I plan to make another attempt to present the results of my investigation and allied criminal complaints to the McMinn County Grand Jury during its announced 18 February 2014 Term. Cunningham is announced as the foreman. I request here and now a Athens Tennessee police officer escort to ensure my safety, to ensure Cunningham makes no contact with me and to witness the day’s events.