SINKING THE SHIP OF GOVERNMENT 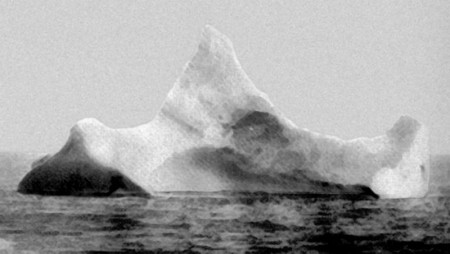 (Dec. 31, 2013) — So reads the headlines. And it’s true, an iceberg is in our nation’s capital and, just like a real iceberg, the base is absolutely huge. Reminds one of an octopus’s tentacles: far-reaching into every crevice and corner of America, all the way up to Alaska and out to Hawaii. Inside your computer, too. Phone records. Medical. Your whole life story stored who-knows-where, retrievable whenever the faceless ones (who troll at the bottom of this giant iceberg: NSA) can use against you at your “trial.”

Yes, you’ve been accused of any crime, from illegal parking to murder one, and they have you on video, they have your fingerprints, voice, signature, DNA, whatever they think they need to get a conviction they can manufacture, make up, enough to convince a jury of your peers that you are as guilty as the bogus charges brought against you, just as LTC Terry Lakin was. “If they want you, they got you.”

Don’t believe me? Innocents are convicted because the District Attorney wants another notch for the next election, or is just maybe playing ball with the government’s wishes to railroad you, convict you, put you away, keep you out of sight. It happens every day in America.

And as our house burns, as it goes down in flames, when we’re about to drown, they believe we can’t see them LOWERING the standards, little by little, pushing Affirmative Action, hiring the eternally grateful, the mindless zombies/Obots who gladly push ahead of everyone else, cutting in line, fighting their way to the trough of easy money, easy job, medical and dental plans and, most important (in their minds), pensions. Doing what’s right is set aside for expediency; hard work and exceptionalism are replaced by “cooking the books” of the so-called “stimulus” money so the liars, cheaters and sloths can be paid off for rigging the so-called “election” of 2012, for selling their country down the river.

There’s a total disconnect going on here in America. What we have in December 2013 is an army of government employees who are Obots, who cash the green paycheck: U.S. Government, as if it’s a real company and they have a real job. Are you fooled? I’m not. As standards and qualifications deteriorate (US Marines caving in), so, too, does our country. The rule for government employment, irrespective of any other skill set, is the willingness to follow orders without question. Our police, firefighters, and ALL other government jobs have been filled with people who comprise this giant iceberg, this seemingly immovable force, who have absolutely no accountability, as Lois Lerner so aptly demonstrated by pleading the 5th Amendment when asked questions about her government job. Really? Were the Nuremberg Trials just for the Germans and not for future “just- following-orders,” brain-dead morons?

Yes, really. And we let her get away with it. A sinking ship will drag anything floating on the surface down: the bigger the ship, the farther away one must be in order not to get sucked down, too. Fire is a sailor’s worst fear, so the choices are 1) put out the fire or, 2) jump ship.

Our Ship of State is on fire, folks, and we can either put out the fire (you get the idea, everyone from Obama on down has to go) or we jump overboard and swim for it with the fervent prayer that we don’t get dragged down into the quagmire that is Obama’s vision for “Hope & Change”: Welcome to Obamacare, followed by Sharia Law. Welcome to the end of The Hope for the World.

[NOTE: look, let’s get real here for a sec. We accept the fact that there are some good, hardworking and honest government employees and if you are one of those people, or know one, all the power to you.]