The Frightening Truth Behind Obamacare

THE FIFTH AND MOST IMPORTANT INSIDIOUS PHASE! 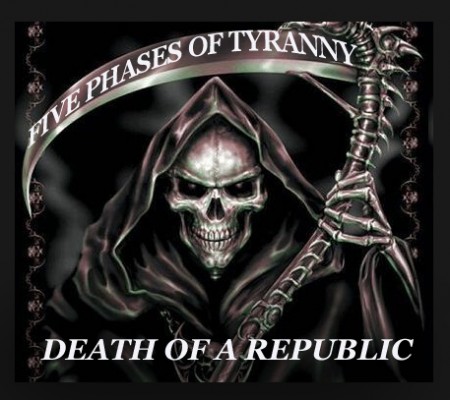 (Oct. 3, 2013) — For years now Americans have heard terms such Health Care Exchanges, Single Payer, Cadillac Policies, Pre-Exisitng Conditions, Indivual Mandates, Death Panels, and many, many more.  Of course a book can be written on each of these items so TPATH will not endeavor to use this article as a primer, but a brief description of a few of these is necessary to understand what Obamacare is really about.  And what it’s really about has less to do with social justice and health care for the masses than gun control has to do with saving lives.

We have been warned that a government takeover of the healthcare industry in this country will put anywhere form one-sixth to one-third of the American economy under its control.  As its tentacles extend into every aspect of our lives and our businesses, that percentage is much closer to one third than it is just one-sixth.

On the one hand, with an atrocious record of being able to mess up a two-float parade and on the other, its penchant for hiring criminals and thugs whose main objectives are fraud, payoffs and thievery, and supposing erroneously for a moment that Obamacare was actually about health care, a government bureaucrat would be the last person anyone would want his health to rely on.  So for this reason alone, liberals and conservatives, both the healthy and the sick, should have very serious concerns regarding this takeover.  But beware ye who hopes to get something free or cheap at the expense of others.  The plan will surely be cheap, as in “worthless”, but each of us will pay a dear, dear price.

Let’s take a moment for a short description of the terms listed above.
Most readers of this article know and understand these terms, but some may not.  So this is offered to make certain everyone reading this can get a full grasp of the danger we face.

An aside note from the author:
It is important to know that I have read the full bill and have spent hours doing PDF searches and comparisons on every insipid aspect of it.  Also it is an ongoing struggle keeping up with the additional 10,000 pages of associated regulations that have been and continue to be produced.

Before we delineate the 5 Phases of Treachery relating to Obamacare and its real reason for being, it is important to understand that this bill is long, complicated, and convoluted entirely by design.   Lawmakers and a huge majority of politicians are lazy and they can be counted on to read the Sports section of the Times but not a bill that has the potential of destroying America.   Even those “genetically” opposed to Obamacare will not take time to read it, understand it or see the devastation built into it.  Unfortunately, the same goes for about 99% of Americans who may not necessarily be lazy but too busy working and raising their families.

Recall, back before this battle was joined by the Tea Party and conservative groups, that we were told that health care reform was needed because 15 million Americans were uninsured.   How can any country live with itself with such “social injustice” permeating it?

The truth is, however, about half of those uninsured were uninsured because they preferred vacations on the Riviera or BMW’s in their driveways.  They were healthy and gambled they would stay that way.  The other half truly does need help; everyone understood that and many were trying to fix it.

Everyone except the leftists who, as with every issue, only see the poor as pawns to be used as a means to their ends.  If you doubt that, let’s run a few numbers.  Obamacare costs were manipulated by the administration to make Americans believe it would cost just under $1 Trillion per year and then everyone would have health coverage.  Right!  As with everything coming from Obama, this was a lie.  The cost has now risen to almost $1.5 Trillion just as every honest economist had predicted.

If the goal was to insure the 7.5 million Americans who could not afford it, they could have insured all of them with a $10,000.00 policy, with any of the major health coverage providers, for a mere $70 Billion.  Now that’s a lot of money, for sure, but its a heck of a lot less than $1.5 Trillion.  And of course, the nastiest of nasty little secrets, even this miserable excuse for an administration, now admits that 10 to 15 million people still will be without coverage.  Great way to throw an annual $1.5 Trillion down the drain.

But wait.  You and I may see this as a colossal waste, but to the left, it’s money well spent.  It’s your money, spent to finance Phase 5 of the tyrannical takeover of your freedom and this country.

Phase 1, The destruction of the American economy:
This step has been ongoing almost from the moment the usurper took office four and a half years ago.  Industries have been regulated into default and bankruptcy.  Energy costs have necessarily skyrocketed as domestic production and transport of energy resources have been crippled.  Corporations are moving out of the country or closing their doors.  Phase 1, Complete.

Phase 2, Create a perpetual dependent class:
The number of unemployed Americans is at the highest level, both in percentage and actual numbers, of any time in the history of our country.  The percentage of Americans on some kind of government subsidy or assistance is now over 40%. Half the population does not earn enough money to pay income tax. The number of families now on food stamps has doubled since the “Fundamental Change” has begun.  Phase 2, Complete.

Phase 3, Common Core and mass ignorance:
Also from day one, Obama began the attack on private and charter schools. As a result, minority families were prevented from putting their children in schools where they could learn in secure environments.  They are being forced to remain in the dangerous stink holes of government schools where the only education they receive is how to survive assaults and deal with the drug pushers.  If they happen to make it to class alive and sober, they are inundated with incompetent leftist teachers spouting how white people hate them.  Meanwhile, middle and upper classes are also being dumbed down as the government jams social justice down the throats of students in the form of Common Core. Phase 3, Complete.

Phase 4, Destruction of the election process:
The left in this country has been working relentlessly over the last several years to manipulate the election process.  That endeavor is just about complete.  As of this last election they have instituted unconstitutional early voting in Presidential elections which provides unlimited opportunity for fraud, has successfully fought off efforts to remove dead people from the voter rosters, has been allowed to report 120% voter turnout without being questioned and were allowed to report that over 100 districts in this country did not see even one vote for the Republican candidate.  Not even one.  They have successfully fought off voter ID laws and are allowed to post uniformed thugs with billy clubs at polls during elections. Phase 4, Complete.

Phase 5, The final piece of treachery, Obamacare:
Now, with the implementation of Obamacare, the final phase marking the successful fundamental change will be adding hundreds of million of Americans to the list of those who are dependent on big government.  Obamacare is the tipping point that our Founding Fathers wrote of and were worried about.  The fear was that the time may come when there are more takers than makers.  Obamacare is the grand slam, the coup de’etat which tips the teetering balance to a lopsided collapse.

SYNOPSIS
While the power of the New World Order, the world Communists, the socialist progressives and the leftist media have been relentlessly at work implementing these 5 Phases, you may ask yourself what has your Republican Party done to stop it.  The answer is, except for a very few, absolutely nothing.  Your GOP has, by default, allowed Obamacare to impose not only eventual Single Payer for health care but Single Party for our future.

The Frightening Truth Behind Obamacare added on Thursday, October 3, 2013

One Response to "The Frightening Truth Behind Obamacare"