CARBON TAXES WILL DO NOTHING FOR REVENUES OR CLIMATE, BUT WILL HURT JOB AND ECONOMIC GROWTH 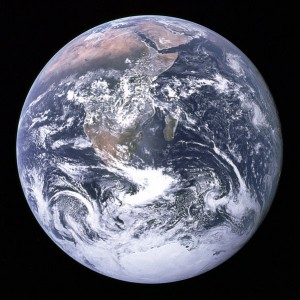 (Feb. 18, 2013) — Average planetary temperatures haven’t budged in 16 years. Hurricanes and strong tornadoes are at or near their lowest ebb in decades. Global sea ice is back to normal, Arctic ice is nearly normal, and the Antarctic icepack continues to grow. The rate of sea level rise remains what it was in 1900.

And yet, Obama and many politicians, newscasters and alarmist scientists continue to insist that carbon dioxide emissions are changing Earth’s climate, and we need to take immediate action to prevent storms like Hurricane Sandy and avert catastrophes predicted by IPCC computer models and alleged “scientific consensus.” Not surprisingly, polls show public support for controlling CO2 output and taxing hydrocarbon use – to “ensure climate security” and “save vital federal programs” from budgetary axes.

As the liberal lobby Think Progress put it, people “overwhelmingly” prefer a carbon tax on “big polluters” versus cuts in favorite programs “like education, Social Security, Medicare and environmental protection.”

Employing Energy Information Administration data, a recent Heritage Foundation study by economists David Kreutzer and Nicolas Loris found that a tax starting at $25-per-ton of CO2 emitted and increasing by 5% per year would cut a family of four’s income by $1,400 annually, raise their utility bills by $500 a year, and increase gasoline fill-ups by up to 50 cents per gallon. That’s $2,000 a year chopped from their budget for food, vacations, home and car payments and repairs, college and retirement savings, dental and medical care, and overall quality of life.

Even “millionaire” families making $200,000 a year would find such a hit painful. While the poorest families might get some offsetting tax relief, most would get nothing – nor would employers.

Carbon taxes would thus increase the likelihood that many breadwinners will end up unemployed, since the tax would raise business energy costs dramatically, force companies to trim hours and/or employees, and result in an aggregate loss of at least 1 million jobs by 2016, Heritage notes. That would bring more home foreclosures, greater stress, reduced nutrition, and more strokes and heart attacks, especially for older workers whose odds of finding new employment are increasingly bleak.

No small businesses or energy-intensive manufacturing companies would get a rebate for their soaring carbon taxes. Nor would any mall, hospital, school, church, synagogue or charity group.

Hydrocarbons provide over 83% of all the energy that powers America. A carbon tax would put a hefty surcharge on everything we make, grow, ship, eat and do. It would put the federal government in control of, not just one-sixth of our economy as under Obamacare, but 100% of our economy and lives. It would make the United States increasingly less productive, less competitive globally, less able to provide opportunities for our children.

But it gets worse, because this tax on America’s energy and productivity is not being promoted in a vacuum. It would be imposed on top of countless other job and economy strangling actions.

Obama’s Environmental Protection Agency has already issued 2,071 new rules and dispensed a regulatory burden of over $353 billion per year – equal to all wealth generated annually by Virginia’s private sector. It is now preparing still more rules, the most crushing of which would regulate the same CO2 emissions that some in Congress want to tax, from both moving and stationary sources. Most, if not all of its punitive rules, are based on exaggerated risks, fear mongering, junk science, and illusory health, welfare, “environmental justice” and “sustainability” benefits.

Other agencies are inflicting still more rules, and more crushing paperwork burdens. Obamacare alone will add 127,602,371 more hours per year to the federal paperwork burden for American businesses and families. That’s enough time to carve 1,039 Mount Rushmore monuments, says the Washington Examiner. Even at $25 per hour, that’s $32 billion a year. On top of that, there are the Dodd-Frank financial requirements and myriad other costly, time-consuming, economy-sapping, job-killing rules.

Nothing at all suggests that Congress would reverse or modify even one of these laws, regulations and taxes, as part of a carbon tax deal – or that Mr. Obama would refrain from vetoing any attempted change. Nothing whatsoever suggests that Congress, the President or environmentalists will ease their opposition to issuing leases and drilling and fracking permits for more of our vast onshore and offshore oil and gas deposits, which could generate millions of  jobs and billions in royalties and tax revenues. Or that they won’t ultimately enact a punitive cap-and-trade law on top of all of this.

Instead of real energy for real jobs and revenues, Obama wants to redouble spending on “green” energy – extracting billions of dollars from still productive sectors of our economy, and transferring the money to crony corporatists and campaign contributors, whose operations are exempted from endangered species and other laws that are imposed routinely and punitively on oil, mining and other companies.

The CBO Congressional Budget Office says the US economy will grow by a miserly 1.4% for the next several years, and official unemployment will remain stuck at 7.5% (plus extensive involuntary underemployment and people who have given up looking). Washington Post economics analyst Neil Irwin worries that the United States doesn’t just have a $1-trillion budget deficit. Largely because of government restrictions, regulations, red tape and taxes, it also has a $1-trillion “output gap,” between what it is capable of producing and what it actually produces.

To top it off, if Congress and the White House get more money, they will spend more money!

And for what? The Kyoto Protocol is dead. Japan and many other countries are rejecting any new binding emission targets. China, India, other rapidly developing nations, and even Germany and Europe are burning more coal, emitting more carbon dioxide, and sending atmospheric CO2 levels higher.

And yet, average planetary temperatures show no trend up or down, and global hurricane activity stands at a near-record low. There’s no change in big tornadoes, droughts or rains averaged over the USA for the past century. Polar sea ice is down slightly in the Northern Hemisphere, but up in the Southern. And sea levels show no measurable deviation from trends over the last hundred years.

The only thing that will happen if carbon taxes are inflicted on the US economy is that American jobs, economic growth, living standards, health, dreams and lives will be sacrificed for nothing.

We need to stop basing laws and policies on hallucinations – and start basing them on reality.