“THE GRINDING REEF OF TYRANNY”

by CloakNDagr, blogging at The Right Planet 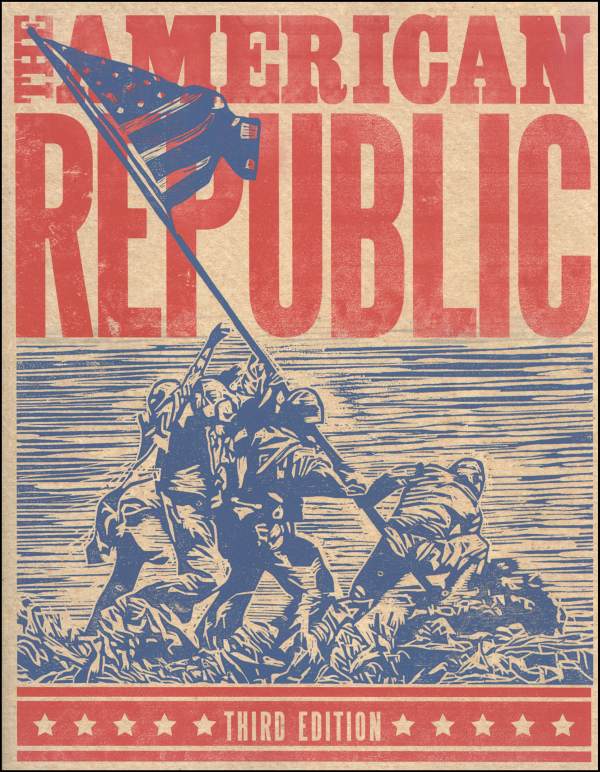 (Nov. 7, 2011) — The Founding Fathers, after much argument–more than a few stubbed toes and a lot of hard feelings–settled on a Constitutional Republic as the form of government they deemed best to advance the interests of the new nation they had begun.

The reason they decided on that type of system rather than a true democracy is they were wise enough to know the purest form of democracy is a mob. A mob is also one of the lowest and most dangerous of all social phenomena. A mob is an excellent instance of people working together to a negative outcome; it’s one of the best examples of people working together when they actually shouldn’t. A mob is easy to start and hard as hell to stop … simple to put in motion, but very difficult to steer. It is nearly impossible to use a mob for any constructive purpose. And equally impossible for a mob to avoid being destructive. Knowing all of this, and well aware of the unfortunate tendency for people to form mobs, they sought to avoid mob rule, while still allowing the people of their new nation a mechanism for self determination.

It was a very challenging puzzle. A problem in sociopolitical dynamics that has never been approached in quite the same way–before or since. While there are other parliamentary governments of all kinds in the world, none carry the exquisite checks and balances system that was developed by the people who laid the foundations for the United States of America. No national government ever put such profound trust in its citizenry as was stipulated in the Constitution of the United States. This is clearly exemplified by the various guarantees in the Bill of Rights. For example, as a last resort in gravest extreme against tyranny the Founders even included an irrevocable provision for the population to be armed. Even in the ancient city-states the general population was required to be or allowed to be armed in support of the state, not in support of the people’s own freedoms.

Don’t forget the exquisite checks and balances aspect, though. In order to put that kind of trust in the citizenry–ensuring it would last for posterity and not be abused to destruction by any single generation–a balance was devised. In order to have such unprecedented power of self-determination the people of the United States had to also accept that as they strode into the future they would be required to operate within a specific framework. The people of the United States would be free to pursue the inalienable rights granted by their Creator, because there would be a legal framework that not only acknowledged and insured those rights by force of law, but severely curtailed anyone’s ambition to take those rights away. These are the laws that constitute our Republic … carefully spelled out in the wording of the single document from which all other laws and powers in the United States inherit authority, or have their authority curtailed–the Constitution of the United States of America.

The Constitution was written in plain language so that people could understand what is required of both them and their government. It had to be so because of the broad range of consensus needed to implement the idea behind the Constitution. Thus …

“We the People of the United States, in Order to form a more perfect Union, establish Justice, insure domestic Tranquility, provide for the common defense, promote the general Welfare, and secure the Blessings of Liberty to ourselves and our Posterity, do ordain and establish this Constitution for the United States of America.”

Until recently being a “Constitutional Scholar” meant studying how best to apply the laws set forth in that document. It involved discerning the true meaning of the Founders according to their intentions when they penned those immortal words. It involved interpretation of those intentions applied to daily life increasingly distant in time from the day those words were written. The key to being a “Constitutional Scholar” was in the effort to understand the intentions of the people that wrote it and provide meaningful information about those intentions.

There have always been those–even before the very first day of ratification of the Constitution–who sought to oppose the intentions of the document and bend the government of the American people into something other than what it was intended to be. Until recently those people were considered to be evil men. Recently we have “Constitutional Scholars” whose intention is to find flaws, create impressions and interpretations, and to generally subvert the Constitution by means of intimate knowledge of its workings. These “Constitutional Scholars” study the Constitution the same way and for the same reasons a general studies his enemy counterpart. To learn how it may be defeated.

Sometime during the 1960′s those men began to gain ascendancy; they have always been there, but they had not until then begun to gain legitimacy. There is no moment to point to where this happened. And like all stealthy attacks it crept in here and there and was advocated by enough credible people to gain a foothold. Often the attitudes and arguments were simply presented by the learned as a given fact and anyone who challenged that was subject to ridicule and derision. It was a difficult process, because it had to overcome two hundred years of inertia. The process has taken decades to come to fruition. Some of the people involved in that original effort are still alive today. Some are not. Some are gone and their sons and daughters have adopted their vision.

In order to enjoy any success at all, the process of undermining the Constitution had to use an old trick of semantics: the redefinition of concepts and words. The Founders intended “establish Justice” to mean the law being applied to everyone equally, without regard to office, fortune, social status or station in life. People like Van Jones, and those who taught Van Jones, have recreated “Justice” into a depravity known as “Social Justice”–which they then write the definition for out of thin air to suit their goals and it has nothing to do with true justice. “Insure domestic tranquility” no longer means the suppression of violent unlawful mob action, putting down insurrection, and protecting innocent citizen’s lives and property. Rather the establishment, manipulation of, and capitulation to those very mobs for political ends is the rule of the day. Even the concept of property has been perverted to one of reprehensible greed, instead of something rightly earned and fairly owned.

“Promote the general Welfare” no longer means creating and maintaining conditions where each has opportunity and the right to the fruits of his own labor; rather it means perpetuation of the Welfare State, which is a concept diametrically opposed to the original meaning.

“Securing the Blessings of Liberty” does not mean people have the right to succeed or fail,  because they are free to do either. And either are the natural consequences of the choices they make. It means regardless of merit everyone deserves a roof over their head and a full belly, because not having those things makes them not free. “For our Posterity” means a blatant disregard for our posterity and progeny as we spend our great grandchildren’s as yet unearned and unrealized fortunes; thereby, selling them into bondage every bit as real and bitter as that in which the Hebrews languished under Pharaoh. Indeed it would be fitting for those evil men to replace “For our Posterity” with “For our Posteriors” as they labor to convince those who spend more time on their posteriors with their hands out–they are the deserving in our world. Vaunting these redefinitions and employing them as tools to dismantle our way of life has allowed the evil men to assume a mantle of benevolence covering a core as sinister as anything ever devised by mankind.

The merits of a Constitutional Republic are historic and irrefutable. So are the evils of mob rule. When our Executive ignores the laws of the land and even flaunts them openly; when the leader of our nation openly foments mob action and rebellion; when the most powerful man in the world leading the most powerful nation in the world is a self-serving liar and believes his lies are justified because he knows better what is good for us than we do; then we are uncomfortably far from the Constitutional Republic–which is our safe harbor–and dangerously close to the gnashing seas and grinding reef of tyranny and the specter of the mob destroying all who oppose it. We stand at a nexus in human history where everything is at stake. Life, Liberty and the Pursuit of Happiness are slipping through our fingers. The wolf is literally at the door. The enemy is at the gate. The hour is very late; the darkness is already upon us. And we may not even know the full depth of this shadow for some time to come. Who will weep for our Republic when both we and the Republic are gone?

Then out spake brave Horatius,
The Captain of the Gate:
“To every man upon this earth
Death cometh soon or late;
And how can man die better
Than facing fearful odds,
For the ashes of his fathers,
And the temples of his gods.”

Weeping for the Republic added on Monday, November 7, 2011