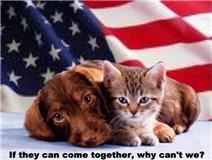 (Sep. 11, 2011) — There is no way to truly understand the horror of the early morning hours of September 11, 2001.  But nothing captures a piece of that horror more than a four-minute, 34-second telephone call to the 911 operator from a man that was trapped above the airplane impact on the 105th floor of the  World Trade Center, Tower No. 2.  He says he does not want to die, but in fact he is just minutes away from losing his life.  His last words were “Oh God, Oh …..” and the line went dead as Tower No. 2 started to collapse.

There were many calls just like this one, from both towers.  That horror this man lived for the last few minutes of his life has been relived tens of thousands of times in the last ten years on TV, radio, YouTube and in magazines and newspapers throughout America and the rest of the world and will continue to be relived tens of thousands more times into the foreseeable future, just as the attack on Pearl Harbor is relived even today.  But the horror of 911 is not what we want to discuss in this article.

When President Bush arrived at Ground Zero with his infamous bullhorn and his arm wrapped over the shoulders of a fireman, everyone surrounding President Bush was chanting “USA!” “USA!” “USA!”  Those three letters, chanted almost like a single word, was the sign of a nation under attack, coming together.  A nation, a melting pot, a culture of diverse ideologies, beliefs, races and creeds, came together as one on that day and catalyzed in one instant, anger, rage and the sudden confidence that whomever did this would feel the full wrath of one of the most powerful nations on earth.

And so a nation, with a festering open wound from a vicious foreign, unprovoked terrorist attack that killed some 3,000 innocent civilians, set about to find the perpetrators and bring them to justice.  Unfortunately, in our rush to “get the guys,” we have made a bunch of mistakes along the way in the form of new legislation that wasn’t well thought out (Patriot Act) and the under-deployment of men, materials and weaponry to get the job done in a quick and judicious manner.  As we have gone absolutely insane in our own country with irrational compassion, the cost of which is sending us headlong into national bankruptcy, so too have we become obsessed with minimizing collateral damage in war and thereby putting more of the blood and treasure of our men and women in uniform at greater risk.  But even government negligence or war strategy is not what we want to take up at this time.

As the dust settled after 911, not unlike what happened right after the 1941 attack on Pearl Harbor by the Japanese, this nation rallied together in a kind of mutual solidarity that is rarely seen, if ever, on a normal day in America.

There is a story that has been told many times about a husband and wife who were fighting with each other, rather noisily, when a neighbor, concerned that someone was going to get hurt, called the police.  The police arrived and started walking up the walkway to the front door when suddenly two guns were pointed out the window, one held by the husband and one held by the wife.  One of the policemen asked, “What is going on” and the husband replied, “Can’t a man and his wife have a little fight without someone calling the police?”

America used to be a lot like this husband and wife.  They will fight amongst themselves and sometimes come to blows, but woe be to the person or persons who dare to interrupt their fight.  Unfortunately today, instead of people focusing on the real enemy, foreign or domestic, they are pointing their fingers and pouring out their venom at each other, due to the ever-widening gap between opposing ideologies.  While an intractable enemy driven by irrational religious insanity lies in wait to destroy everything that is America, we fight over who is going to get the biggest piece of America’s pie, or the converse, who is going to rein in the profligate spending that has taken over this great nation and sending it hell-bent towards the precipice of national economic suicide.  Union leaders threaten to GET those Tea Party S**’s and protect their turf, while Tea Party members are focusing on trying to fix the fiscal and regulatory problems that, if left unattended, will eventually do us in as a people and as a nation.

Sadly, the solidarity and single purpose that the tragedy of 911 engendered in most Americans quickly evaporated within a few months after the event.  A divided nation cannot stand, so we are moved to make this stern admonition.  If Democrats and Republicans, liberals and conservatives, the left and right, along with Blacks, Latinos, Asians, Indians and Whites, don’t come together as AMERICANS! under the foundation of our freedoms, using the blueprint of our U.S. Constitution as literally translated, America has no chance for survival.  This admonition applies equally to the Tea Party as well.

If we continue to fight amongst ourselves over who is to get their piece of America’s wealth, we will exhaust that wealth in short order.  If we argue over what is constitutional and what isn’t, from a left or right prism, the Constitution will cease to exist.  In addition, our individual rights, that were granted to every human being as the greatest gift from our creator, will also cease to exist.  Government will be the final arbiter of what is a right and what isn’t and they will parcel out those rights to those who are loyal, obedient, or generous to the government’s cause.  That is what the Founding Fathers tried to guard against when crafting our constitution.

And here is one more admonition.  America, by law and legislation, has moved closer and closer to a Nanny state.  The Nanny state is now firmly entrenched in all of our institutions, but more importantly, it is embedded in the minds of almost every American.  Our school children are indoctrinated more with collectivism, multiculturalism, political correctness and group thinking than they are with the foundations that made America what it was and could still be again.   This purposeful indoctrination by government has been going on for many decades and grows with each passing day while we look the other way.

The reality is, those people on welfare aren’t miraculously going to see the light and become productive.  Those people hooked on Medicaid will not be going away anytime soon.  Seniors, who paid most of their working lives into Social Security and Medicare, will use whatever means to assure that their SS checks come in every month and Medicare is fully funded.  These people have essentially become wards of and dependent upon the “state” and simply can’t see life in America in any other terms.

If the Tea Party people think that they are going to change this mindset overnight, they have their heads firmly mired in the sand.  If those people who are dependent on government think that the situation as it is now constituted will last forever, their heads are in the same sand hole as the Tea Party people.  We as a nation either find some common ground upon which we both can stand, or the eternal squabbling and bickering between multiple factions will continue until we end up triggering our own destruction.  Only government wins if we destroy ourselves.   We are dangerously close to that event right now.

The hard truth is, your government, along with academia and the news media, have been complicit in that destruction.  Government has unconstitutionally bought off multiple segments of our society with money from the public treasury, your tax dollars, in exchange for their votes.  Now, those who have been bought off with money they did not earn will fight like hell against anyone who gets in the way of their ill-gotten treasure.  The government, with premeditation, has successfully pitted one class of Americans against another class, in the classic tactic of divide and conquer.  “The Parallax Prophecies” predicts that our future as a free nation is bleak indeed, unless we find unity and find it now.

We are but pawns in a war of ideologies, egged on by those in power who are doing everything in their power to remain in power, regardless of any constitutional authority to do so.  They have divided us so badly that we take our anger out on each other instead of taking it out on the domestic enemy that has risen on the backs of those who have built America’s wealth; those who create the ideas…those who bring the ideas to fruition…and those who do the work to bring the ideas to the marketplace where they are consumed.  Isn’t it time that we as Americans started pointing our fingers at the real culprits of our predicament, and that culprit is ALL levels of government that hold power over us, Democrat or Republican?  You bet it is!  But to do that, we will have to come together just as we did on 911.  The domestic enemy that has covertly undermined our freedom over the last 100 years is just as dangerous as those who flew those airplanes into the World Trade Center and the Pentagon on September 11, 2001.  It boils down to nothing more than either tyranny by stealth, or tyranny by violence but tyranny just the same.

Ladies and gentlemen, all this has happened because we allowed those who govern us to break the rules that were forged in a blueprint (our Constitution) by brave men and women who decided that they would refuse to live under government tyranny any longer.  Two hundred thirty-five years later, we had better learn the lessons of 1776, or the history books will be the final depositor of a nation that could no longer govern itself.   The people who occupy that nation will have willingly abdicated their individual rights to an elite group of men and women who arrogantly think that they know what is best for all of us, except that what is best for us doesn’t apply to them.  Time’s a wastin,’ America; a crisis is at hand and that is when Americans are at their best.

On a final note, a few days after 911 we were so moved by the event that we sat down and wrote the words and music to a song dedicated to the men and women who gave or lost their lives on that fateful day.  We copyrighted and recorded the song on September 25, 2001.  We sent a tape to a couple of fire stations in New York but never heard back from anyone.  So we decided to release it on the 10th anniversary.  The song has just recently been uploaded to YouTube and is available for viewing at: http://www.youtube.com/watch?v=9bq0Z2a3Jfo

Bear in mind, our video recording equipment is somewhat antiquated and so the final product is not of professional quality.  But it is the best we could do with what we had.

In tribute to the firemen, the policemen, the emergency medical technicians and to the doctors and hospital staffs, as well as the loved ones who lost their husbands, wives, children or relatives to the attack on 911, we so dedicate the song and this article.  May all living Americans be worthy of their sacrifice and may we stand once again in unity for the principles of freedom and liberty.