A LACK OF TRANSPARENCY FROM DAY ONE 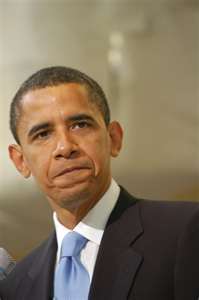 Here’s my letter to a reporter who plays the race card because he lacks facts to make any substantive argument on the eligibility controversy.

Why do you think Obama hired lawyers to hide all his records AFTER campaigning on transparency?!!– including his original birth certificate?  In 2008, every major “mainstream” newspaper raised relentless questions about Senator McCain’s ‘natural born’ status and most of the media were too ignorant of the law to know that having two US citizen parents makes one “natural born.”  So I would consider it a classic case of reverse racism to hound the Caucasian candidate– to the point where he produced his hospital birth record while ignoring the 1/2 Caucasian candidate’s “natural born” qualification. Would you agree?

Don’t you think that the essence of racism is treating two candidates differently because of the skin color of one?  Isn’t that exactly what Martin Luther King Jr. meant in advocating for a color-blind society?  The liberal media started the “birther” craze- your media colleagues WERE the “original birthers”– but we johnny-come-latelys didn’t resort to sliming them as white-haters or anti-veteran because they questioned McCain’s status.

Second, the race card has worn a bit thin- it doesn’t work on me, maybe because I spent a good bit of my professional career promoting democratic governance in Africa and actually observed Angola’s first historic elections in 1992– many of my friends there were subsequently killed in the bloody aftermath of the failed U.N. elections.  I have a lot of respect for African leaders because many of them deeply appreciate representative government having lived with totalitarianism, authoritarianism and the legacy of colonialism.  Which is why it is appalling to me that you and your media cohorts completely ignored (and therefore disrespected and insulted) prominent Kenyans who declared Obama born in Kenya– including a Cabinet Minister with a track record of fighting corruption– James Orengo– and Dr. Khalwale who mentioned Obama repatriating himself to Kenya– and surely you know that Obama declared Kenya his home country when he was visiting there in 2006 (caught on tape)?  Would you call a country home that you hadn’t been born in– or lived in?  Did you hear Ambassador Ogego on WRIF Detroit radio after the November 2008 elections mentioning that Obama’s birthplace there is well known? Are all the Africans lying, Leonard (including Sarah Obama)?  Did the African newspapers who claimed Obama was born in Kenya– lie too?

Do you know why the Obama camp gave out two different hospital names- do you care?  Do you know why Obama’s certificate # is higher than the Nordyke twins, born a day later than he was- do you even care?  Do you think all these irregularities can be attributed to racism?- is Democrat Philip Berg a racist- or my father-in-law– who filed the lawsuit for Berg in federal court- also a registered Democrat?  Are the Hillary supporters who email me– all racists too?- is there any angst on your part that she might have been deprived of being the first “historic” figure by a possibly ineligible candidate?  Is former Hawaii senior elections clerk Tim Adams a racist? (who supported Hillary)- and said his Hawaii supervisors in his elections office couldn’t find a hospital birth record for Obama in 2008?

The racist charge can just as easily be thrown back at you– for blindly taking the word of the 1/2 Caucasian (who broke the law when he illegally used cocaine which is why my trust level for him is low) over the all-African Kenyans, and I might add that there’s no trust left for liberal  journalists either, because the Establishment media widely mis-characterized the online Certification of Live Birth (notably missing a hospital name and birth doctor) as an original birth certificate– I couldn’t find a single reporter who could provide those 2 data points for the past 2 years– yet now you rush to accept the latest online birth record- unquestioningly– as legitimate. Why was it withheld to begin with?– and Obama even let a decorated Army officer (he’s been called a racist too, Leonard- despite being in an inter-racial marriage) go to jail who simply asked for proof that he was “natural born.”  Was the Obama birth record released last month not ready 6 months ago to spare this officer a prison sentence?– and why do you think GOV Abercrombie hunted for something else to release and came up empty-handed in December?  The problem with you journalists is you don’t even want to ask these basic and obvious questions– why is that?  There wasn’t a single FACT in your article, Leonard- it was simply a rant– journalist standards in this country apparently are on par these days with Xinhua and Granma.

The press went after GW Bush over his National Guard records (and Dan Rather paid a rather big price for his role in that) and the Bush DUI record was dropped on the eve of the 2000 election– the press seemed to think it had a legitimate role in exposing that record- and I agree! What I disagree about is a double standard for Republicans v. Democrats.  All we ask is that you do your job- fairly and objectively- to a professional standard.  We deserve the truth- if Obama was born in Kenya– he is not eligible to serve as he would have been born a British subject- why do you think he sealed ALL his records- AFTER pledging transparency?– if you think I’m wrong— then you should be delighted to tap the final nail in the birther coffin– by calling publicly for an impartial forensics test.  If I’m wrong and the document passes a bona fide forensics exam- I’ll spring for the best stone crab dinner you can buy in Miami– want to accept my offer?

The Issue is Eligibility, not Race added on Wednesday, May 11, 2011

28 Responses to "The Issue is Eligibility, not Race"