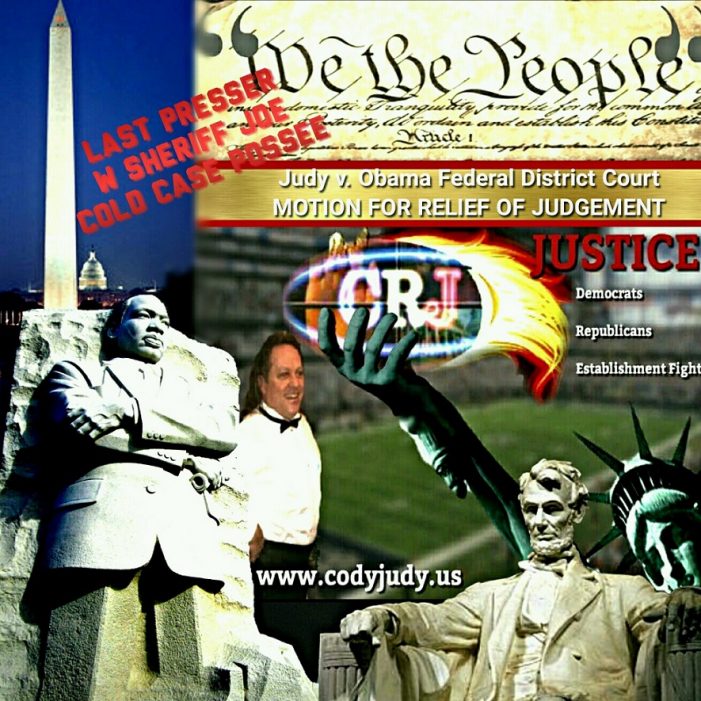 SHERIFF JOE ARPAIO’S COLD CASE POSSE FINDS WAY INTO FEDERAL COURT:  MOTION FOR RELIEF OF JUDGEMENT by Cody Robert Judy, ©2017 (Jan. 26, 2017) — Obama’s packed and moved out of the White House, but that doesn’t mean the grievance of the last eight years is removed from anything. As long as Obama is seen […]

A LACK OF TRANSPARENCY FROM DAY ONE Dear Editor: Here’s my letter to a reporter who plays the race card because he lacks facts to make any substantive argument on the eligibility controversy. Leonard:  Why do you think Obama hired lawyers to hide all his records AFTER campaigning on transparency?!!– including his original birth certificate?  In […]