Stupid Supports ISIS in the Office of President 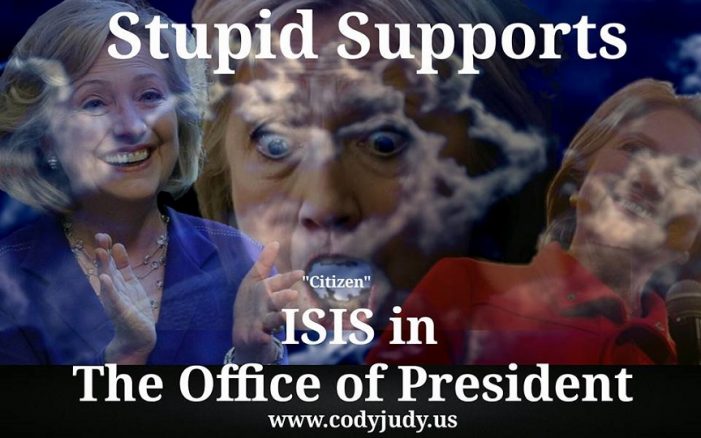 SCOTUS OPENS UP OBAMA ALIBI by Cody Robert Judy, Presidential Candidate, ©2016 (Oct. 4, 2016) — The United States Supreme Court Justices have just issued a ruling in the first Conference Hearing since their return from Recess that literally has every lawyer in the Country scratching their heads wondering about the commitment of prohibiting construction […] 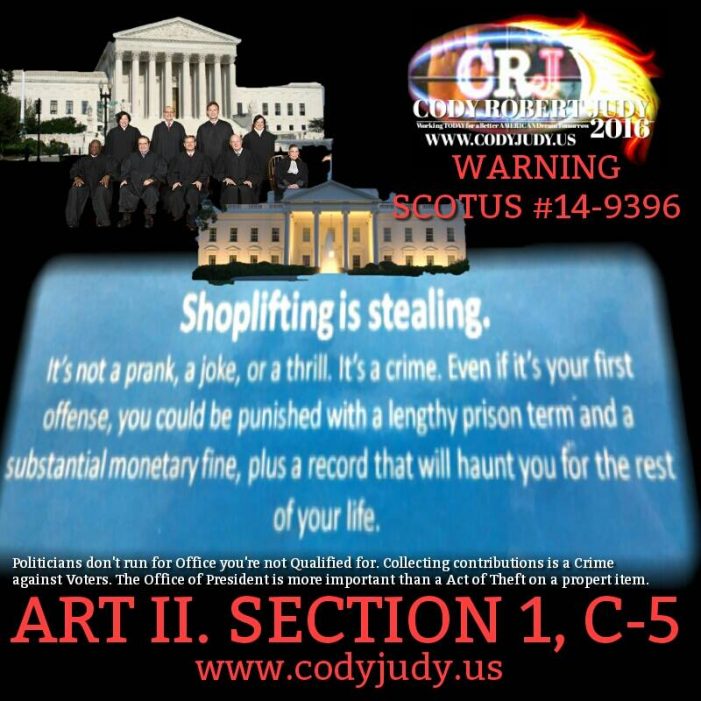 “IT’S A CRIME” by Cody Robert Judy, Presidential Candidate, ©2016 (Jan. 22, 2016) — Shoplifting is a crime most people would recognize as wrong. Taking someone’s property that isn’t yours is not right. As I was at the throne in Walmart brainstorming a political post, my head cocked to the right as I read the […]

A LACK OF TRANSPARENCY FROM DAY ONE Dear Editor: Here’s my letter to a reporter who plays the race card because he lacks facts to make any substantive argument on the eligibility controversy. Leonard:  Why do you think Obama hired lawyers to hide all his records AFTER campaigning on transparency?!!– including his original birth certificate?  In […]

IT’S NOT JUST THE BIRTH CERTIFICATE! by V. Harlow, blogging at http://www.vventures.net (Feb. 10, 2010) — The eligibility issue has constantly been mischaracterized as a “citizenship” issue or a “birth certificate” issue, and major media outlets keep playing on this same theme over and over, ridiculing those who want the truth. I suspect they are […]