WILL ISRAEL REMOVE THIS GROWING THREAT? 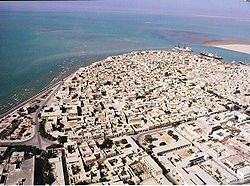 The Bushehr Province is located on the southwest coast of Iran

(Jul. 9, 2010) — The DEBKAfile is reporting that a nuclear reactor being constructed in the Iranian province of Bushehr will be operational this September.  A second report confirms that.

The Siemens Corporation had begun building two reactors at Bushehr in 1974.  Shortly before the Iranian Revolution in 1979, one had been approximately 85% complete.  A fire within the power plant had halted continued construction after the Iranian Revolution of 1979. Later, both reactors were badly damaged during the Iran-Iraq war in the mid-1980s.

In 1995, Russia and Iran signed a contract to finish construction of the reactors.  Although there were disagreements in the ensuing years, in early 2009, Iranian officials said that testing had begun in anticipation of the opening of the facility planned for the end of 2009.

Last year French president Nicolas Sarkozy met with King Abdullah of Saudi Arabia to discuss concerns about Iran’s nuclear weapons program.  At that time, the Saudi kingdom announced its own plans to build a nuclear power plant. There is evidence that Saudi Arabia has been pursuing a nuclear development program for several years, and the kingdom has been an outspoken critic of Iran’s nuclear ambitions.

DEBKA is reporting that Iran’s nuclear plant will have the ability to produce fuel for an atomic weapon.

Middle Eastern countries such as Dubai, Kuwait, and the United Arab Emirates are concerned about Iran’s nuclear capability despite the resolution passed last month by the U.N. Security Council against Iran for its “failure to live up to its obligations under the Nuclear Non-Proliferation Treaty.”  Israel stated that the resolution, “while important, is insufficient and should be accompanied by additional steps on the national and international level.”

Previous sanctions imposed on Iran for its apparent nuclear ambitions had included a ban on arms, materials used to enrich uranium, and a freeze of Iran’s assets.  The current sanctions, known as Resolution 1929, prevents Iran from obtaining “an interest in any commercial activity in another State involving uranium mining, production or use of nuclear materials and technology.”  It also bans the “supply, sale or transfer” of military aircraft, ballistic missile technology, battleships, and access to any funds which could be used for nuclear purposes.

Iran’s dictator, Mahmoud Ahmadinejad, has refused to discuss Iran’s nuclear program in reaction to the new sanctions imposed by the Security Council.

The Middle Eastern countries of Oman and Qatar are supportive of Iran.  Egypt and Jordan are reportedly experiencing a growing “sense of urgency” regarding Iran’s impending nuclear facility startup.  However, they do not believe that alone, they can prevent Iran from acquiring the ability to launch a nuclear weapon.

Former U.N. Ambassador John Bolton had warned several months ago that military intervention was necessary in order to stop Iran from launching its nuclear program, identifying Israel as a nation which he believed could take the offense in such a measure.  At that time, Russian Prime Minister Vladimir Putin had announced that “The first reactor at Iran’s nuclear power plant in Bushehr is to be launched already in the summer.”  Russia has indicated support for discussions to take place with officials from the U.S. and Iran regarding Iran’s nuclear program.  Russia has been supplying Iran with surface-to-air missiles which it described as “military-technical cooperation with Iran in strict compliance with its international commitments stemming from nonproliferation agreements.”

Iran’s nuclear facility launching in September, if not earlier added on Friday, July 9, 2010

2 Responses to "Iran’s nuclear facility launching in September, if not earlier"