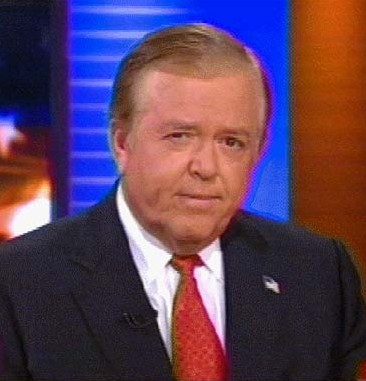 (Nov. 26, 2009) — No sooner has speculation begun that Lou Dobbs might run for president in 2012, and an influential political polling firm has undertaken an effort to squash his candidacy before it is even on the table.

The firm is Rasmussen, and its poll published yesterday says that Dobbs would not succeed as an independent; and that Obama would still win an election if pitted against Romney, Huckabee, Palin or Dobbs.

A new Rasmussen Reports national telephone survey shows that if the choice is between President Obama, former Massachusetts Governor Mitt Romney and Dobbs, Obama leads 42% to 34% with Dobbs pulling 14% of the vote.

The scenario is obviously designed to discourage voters pushing for a third-party candidate.  In truth it would be a second party candidate, after it was made plainly clear in the New York 23rd District special election, that the Republicans, via Scozzafava Endorsed the Democratic candidate, when push-came-to-shove.

Rasmussen’s poll at this point cannot avoid from being seen as act of party politics against the burgeoning popular movement against the 2 party system.  Considering the cost of conducting a poll, lots of money is being spent to squelch any transformation of the political landscape before 2012.  Rasmussens’ politics are all the more evident by peppering its report with an ad of a fat-lady in underwear: a sort of in-your-face swat at conservatives who might stop by to read the poll.

Rasmussen’s politics also show in the fact that the several obvious scenarios were not asked those questioned in the poll:

— Any scenario without Obama

— Any scenario with Hillary Clinton

— Any scenario with Dobbs as the Republican nominee

That’s Dobbs would not succeed as an independent is being pushed by Talking Points Memo Blog, Hotair.com, and Beltway Blips.com.

One Response to "Rasmussen moves to block Dobbs presidential Run"