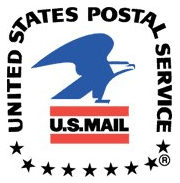 “WE ARE THE EMPLOYERS” by OPOVV, ©2015 (Jul. 16, 2015) — “Good evening, ladies and gentlemen. As you can see, we’re down at the docks welcoming the freighter ‘James Jones,’ where we’re going to board and have an exclusive interview with the intrepid explorer, Professor Wert. Some of you may recall the unbelievable claims that the […]

BUT NOT EVERYTHING THAT WAS TAKEN by Sharon Rondeau (Aug. 9, 2012) — Pursuant to Judge Walter C. Kurtz’s order for the Monroe County Sheriff’s Department to return computer hardware seized from Walter Francis Fitzpatrick, III on December 7, 2011, the equipment was retrieved today at approximately 1:45 p.m. The mandate stated that equipment not […]