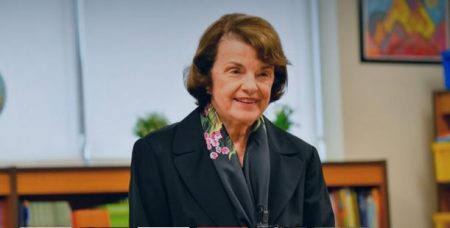 (Oct. 13, 2020) — During the second day of confirmation hearings for Seventh Circuit Court of Appeals Judge Amy Coney Barrett to the U.S. Supreme Court, ranking member on the Senate Judiciary Committee Dianne Feinstein (D-CA) grilled the nominee on her position as to whether or not Roe v. Wade, which made abortion “legal” throughout the U.S. in 1973, should be overturned.

At least twice, Barrett responded that she cannot “express a view on precedent” but that she could commit to “following the law” and the judicial principle of stare decisis should she be confirmed.

Dissatisfied with Barrett’s response, Feinstein said that “millions” of Americans will be affected by Barrett’s position and potential vote on Roe, including “married women, anyway.”

She then moved on to Barrett’s “view” of the 2010 Affordable Care Act (ACA), colloquially known as “Obamacare,” parts of which more recent Congresses have nullified.  Presenting a case with an accompanying photograph of a young man paralyzed from the waist down, and several family members dead, from a car accident caused by a drunk driver, Feinstein asked Barrett, “Where does that leave you on Roe?”

Barrett’s face registered what could be interpreted as surprise or confusion at the abrupt change in topic.  Feinstein then resumed questioning on the ACA, after which Barrett continued to decline to provide her “views” on various issues which she said could come before the high court.

On the ACA, Barrett said the issue of whether or not the entire law is constitutional will not come before the court on November 10, when the case California, et al., Petitioners v. Texas, et al., on a lower court’s decision regarding the individual mandate, will be heard.  In 2018 Texas and other states had sued, claiming the individual mandate was unconstitutional, with a federal judge agreeing, giving rise to California‘s challenge.

“The case pits a coalition of Democratic attorneys general led by California and the House of Representatives, which are defending the law, against the Trump administration and a group of red state attorneys general led by Texas,” CNN reported in June.  “At issue is whether the law’s individual mandate was rendered unconstitutional because Congress reduced the penalty for remaining uninsured to zero and, if so, whether that would bring down the entire law. A federal appeals court in December ruled that the mandate was unconstitutional but punted the decision on which, if any, of the law’s provisions could be retained back to the district court — which had previously found the entire law to be invalidated. The administration has generally sided with the Republican attorneys general but recently argued that the entire law should fall but that the ruling should only apply to the 18 states that brought the challenge.”

“Let’s try something else,” Feinstein said on at least three instances after Barrett refused to state her “views.”  She then directed questions to Barrett “as a person,” continuing to ask for her “view” on issues such as “racism” and “LGBT” matters, the latter of which was accompanied by a photograph on an easel behind Feinstein showing two women in a “marriage” ceremony with a male officiant in the background.

The prop was briefly changed to another female couple, then switched back to the original couple, with Feinstein declaring her belief that “LGBT rights” should be upheld.  Feinstein then asked Barrett if her view on LGBT “marriage” rights coincide with those of the late U.S. Supreme Court Associate Justice Antonin Scalia, for whom Barrett clerked and with whose judicial philosophy she reportedly identifies.

Feinstein said she would have preferred that Barrett state that her view on LGBT issues departs from Scalia’s, to which Barrett repeated she could not provide a preview of how she might vote on any given issue.  Barrett cited comments from the late Supreme Court Associate Justice Ruth Bader Ginsburg, who Barrett will replace if confirmed.

Later in the hearing, Sen. Patrick Leahy (D-VT), 80, referred to the upcoming ACA case as “Texas v. California.”  Leahy claimed that the president, who nominated Barrett, “is expecting” her to support his view on the law.  Barrett responded that she “has made no commitment” as to how she would vote on any case before her.

Leahy continued to press Barrett as to whether or not she will recuse herself should a case reach the court stemming from the 2020 presidential election.

Leahy has been serving since 1974.

Feinstein Goes Back and Forth on “Roe” with Judge Amy Coney Barrett added on Tuesday, October 13, 2020