“PRIOR TO, OR AFTER, THE DEBATE ON TUESDAY NIGHT” 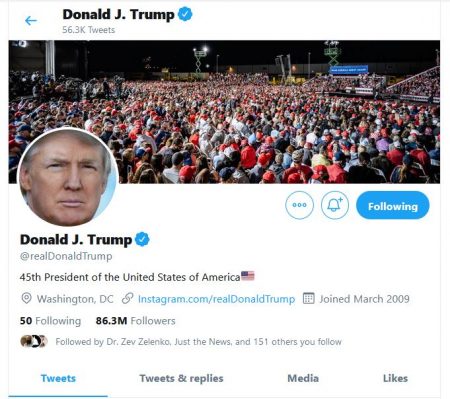 (Sep. 27, 2020) — At approximately 9:35 AM EDT on Sunday, President Donald Trump tweeted that he will “strongly demand” that Democratic presidential candidate Joe Biden undergo a “drug test” “prior to, or after, the debate on Tuesday night.”

September 29 is the first of three scheduled debates between the incumbent and his Democratic challenger, who many believe is suffering from “cognitive decline” or “dementia” given that he often appears to have trouble finishing sentences or expressing his thoughts clearly.

Approximately two weeks ago, a Biden campaign spokesman declined to say whether or not Biden relies on a teleprompter to answer questions.

“Naturally, I will agree to take one also,” Trump continued his tweet. “His Debate performances have been record setting UNEVEN, to put it mildly. Only drugs could have caused this discrepancy???”

Trump has previously opined that at times during the Democratic primary debates, Biden performed poorly, while at others, he appeared much more astute.  As a result, Trump told Fox News’s Judge Jeanine Pirro, he suspected Biden is taking “drugs.”

Although Trump did not cite any sources, he said “That’s what I hear” regarding the possibility that Biden is taking something to improve his cognitive abilities.