The Prelude to World War II: The Spanish Civil War and Today’s America

(Sep. 21, 2020) — America is definitely not Europe, but we can find a number of parallels between European history and contemporary America. For example, we’ve previously written about the Italian Years of Lead as a possible template for urban unrest and low-level inter-tribal warfare in the United States. Another example of how things might play out in the United States is the Spanish Civil War.

The Spanish Civil War is known to historians, amateur and professional alike, as the “dress rehearsal for the Second World War.” It is so termed because it pitted one side – which was equipped, armed and funded by Europe’s fascist regimes (Germany and Italy) – against a government largely funded and propped up by the Soviet Union. However, it is worth noting that General Francisco Franco’s nationalist forces were not themselves fascist (though there were fascists within their ranks) and that Spain remained neutral during the Second World War, later becoming a close ally of the United States in the fight against Communism internationally.

While there are few perfect analogs to be found anywhere in world history, there are parallels between the contemporary domestic political situation in the United States and the period immediately before and during the Spanish Civil War. And while the situation in the United States might play out in a much similar way to the Spanish Civil War, it is worth noting that our previous Civil War was the bloodiest in human history. There is little doubt that a Second American Civil War would not be significantly more destructive.

Prologue: The Situation in Spain Prior to the Civil War 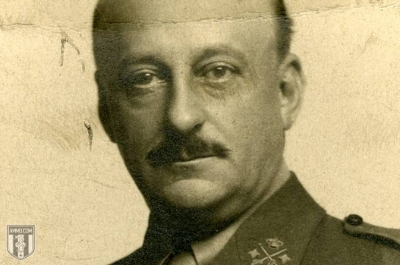 As we talk about the leadup to the Spanish Civil War, the situation will begin very much unlike modern-day America, however, it will become more like the contemporary domestic situation as time goes on.

The main difference, of course, is that Spain was a monarchy for almost all of its existence until 1931. A republic was briefly declared during the years 1873 and 1874, but it didn’t have much staying power and ultimately was not a transformative government in Spain. Following the First World War, the corrupt central government of Spain became increasingly unpopular and a military dictatorship, that of Miguel Primo de Rivera y Orbaneja, 2nd Marquess of Estella, 22nd Count of Sobremonte, arose. This fell in 1930, along with the abdication of the deeply unpopular King Alfonso XIII.

This led to the creation of the Second Spanish Republic and a new constitution in 1931. It was a radically leftist constitution in a largely conservative and Catholic country. Women’s suffrage, civil marriage, compulsory universal education, the nationalization of Catholic Church properties, the prohibition of Catholic religious orders from teaching in schools (and the Jesuit order entirely), as well as a provision allowing for the nationalization of any property that was for the “public good” were all components of the new Spanish constitution. In many ways it resembled the constitution of Weimar Germany, in that it was an attempt by the left to radically remake a country through constitutional means.

The first election saw leftist elements firmly in the saddle, but the second, in 1933, was a major victory for forces of the right. However, because the conservative party had won a plurality in the parliament, and not a majority, the left-wing president of Spain invited the centrist party to form a government. Meanwhile the socialist government alleged electoral fraud, which caused them to become further radicalized. On the ground, a radical working-class movement became hostile toward the ostensibly left-wing government after the movement was suppressed violently by the military.

Monarchist forces, with the explicit backing of Benito Mussolini and the implicit backing of King Alfonso XIII, as well as ideologically fascist forces led by José Antonio Primo de Rivera, began military drills, preparing for war. The streets of Spain became battlegrounds, with 330 assassinations, 213 failed assassination attempts and 160 religious buildings destroyed, with arson being the primary means of their destruction. The Spanish Socialist Workers’ Party, formerly a fairly standard European social democratic party, began to cleave between forces who favored moderation and those who sought a more explicitly Bolshevik party.

Much as the War Between the States began with the attack on Fort Sumter, so did the Spanish Civil War begin with the Coup d’Etat of July 1936. This was effectively an uprising by all forces of the Spanish right, which included two different factions of monarchists, nationalists, fascists (known in Spain as Falangists) and conservatives.

The igniting event was the election of 1936. This saw a very, very slim (less than 1 percent of the vote) victory of the Spanish left (socialists, Communists and anarchists) over the Spanish right. The right wing in Spain stopped planning to take over the Spanish Republic and instead decided that they were going to overthrow it.

The central republican government of Spain was very weak and had been making attempts to purge suspect right-wing generals from its ranks. To that end, General Francisco Franco, who ended up becoming dictator of Spain until 1976, was removed from his office as chief of staff and put out to pasture in the Canary Islands. When the uprising began, the nationalist rebels had the unanimous support of the Army of Africa, a 30,000-strong force that boasted some of the hardest core soldiers Spain had to offer. Many of these troops were Muslims from Morocco, who had been told that the republic planned to outlaw worship of Allah.

Indeed, Spanish Morocco was the base of operations for the rebels, with Generals Franco and Goded taking control of the Canary and the Balearic Islands, respectively. Any opposition in the Spanish colonial empire was quickly crushed with leading trade unionists and leftists simply executed by the rebel forces. The two trade union federations in Spain offered to help crush the uprising, but were told that there was nothing to worry about as the uprising was confined to Morocco and other overseas possessions.

Second, the republican government responded to the crisis by effectively mobilizing the far left in Spain as shock troops to terrorize the population into submission. Communists in particular were unleashed to execute and torture anyone even suspected of being a nationalist sympathizer. It didn’t help that the clergy bore the brunt of this, with nuns gang raped before being summarily executed. The republicans went so far as to exhume the bodies of dead religious figures and desecrate their corpses. 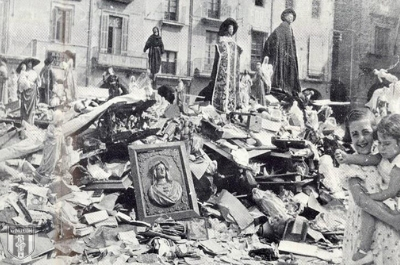 The Spanish Civil War continues to have a sort of romantic quality among the left, many of whom see the Civil War-era republican government as an example of “real” socialism in action or, at the very least, something close to it. However, the Spanish republican left were less bloody than their more famous Communist counterparts in Russia, China and the Eastern Bloc only due to a lack of scale and a limited time frame on which they operated.

The Red Terror in Spain predates the nationalist rebellion and was, indeed, one of the primary motivations for the uprising. It is generally agreed that the Spanish Red Terror began during an Asturian miners’ strike in 1934. Priests and the religious were targeted in what was not simply a strike, but a rebellion against the government. Supporters of the rebellion targeted clergy and religious figures, resulting in the destruction of 58 churches and convents during a period of a little more than two weeks. Ironically, the rebellion was put down by Goded and Franco at the behest of the republican government.

Once the rebellion began, the Catholic Church – its clergy, its religious orders and its lay faithful – were largely seen as fair game by supporters of the republic. The comparison between the Church in Spain 1936 and white Americans in 2020 isn’t much of a stretch. Much of the violence directed against the Church was predicated on the basis that they “deserved” this as payback for historical crimes. All told, 3,400 priests, monks and nuns were murdered during the first two months of the Spanish Civil War. Indeed, most of the deaths during the early months of the Civil War were not because of deaths on the battlefield, but rather because of targeted executions against enemies of the Spanish Republic.

One Response to "The Prelude to World War II: The Spanish Civil War and Today’s America"