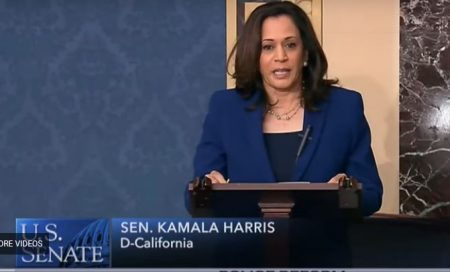 (Sep. 21, 2020) — Earlier today I attempted to call in to Dr. Michael Savage’s radio show and talk to him (1-855-400-7282).  Somewhat surprisingly, my call went through to his screener (censor).  This young man asked me why I wanted to speak to Dr. Savage, who had been discussing Kamala Harris.  I told him that I would like to talk about the constitutional eligibility, or lack thereof, of Senator Harris for vice president or president.  The screener wanted to know my opinion.  I told him that Kamala Harris was NOT constitutionally eligible for the office.  He, the call screener, told me that he (and presumably including Dr. Savage) believed Harris was eligible.  I asked, “Is this something that Dr. Savage would like to “debate” me about on air?”  The screener immediately and, I feel, sarcastically answered, “NO!”

Needless to say, that was the end of our conversation.  Mind you, this makes the 3rd or 4th time in recent years that I have been treated this exact same way (concerning different subjects) by the “Savage Nation.”  I have never been “approved” to converse with Dr. Savage.

I am a military veteran, retired law enforcement officer, an Independent registered voter, nineteen years of formal education, a conscientious taxpayer and law-abiding American citizen, and author last year of a modest but unique little book titled, “The Sick Treasonous Truth Surrounding Barack Hussein Obama As Witnessed & Experienced by an Ordinary American Citizen.”  Not exactly the credentials of Dr. Savage, but how about my 1st Amendment rights!

Kamala Harris is NOT a NATURAL BORN AMERICAN CITIZEN (Article 2, Section 1, Clause 5 of the US Constitution).  At best, she is a DUAL CITIZEN, whose allegiance (like Obama’s) to our country is at best compromised.  THE UNITED STATES OF AMERICA DOES NOT NEED ANOTHER CONSTITUTIONALLY INELIGIBLE USURPER IN THE WHITE HOUSE!  SEE HOW IT TURNED OUT BEFORE (2009-2017).  The effects of that two-term THEFT of our presidency continue to haunt us today.  We are on the brink of losing our constitutional democratic republic, and don’t think that Obama and his co-conspirators aren’t still running the show!